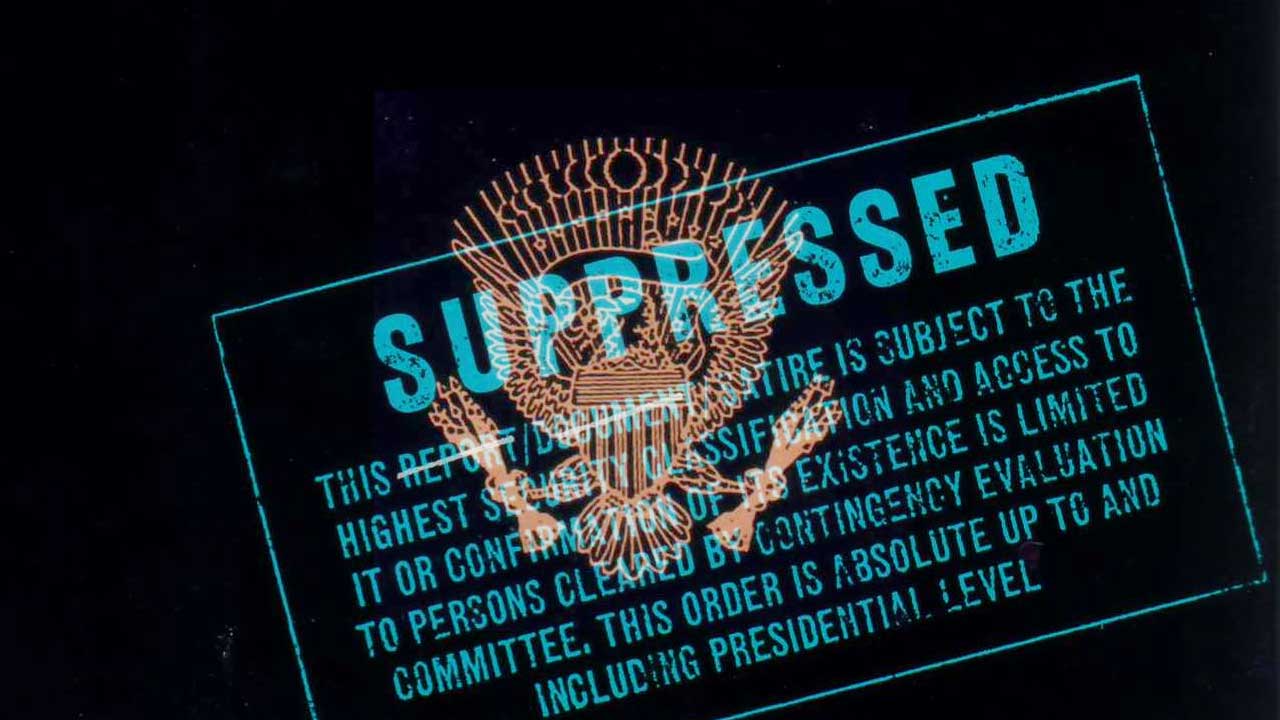 The important point is that “The Report from Iron Mountain” (1967) a flunk-tank study or a political satire, explains the reality that surrounds us. Regardless of its origin, the concepts presented in it are now being implemented in almost every detail!

Wars are fought because one nation wants something another nation has.
Protecting a nation from outside attack is another reason for war.

Ralph Epperson wrote in his must-read book “The Unseen Hand” the next:

The report claims to have been written at an underground nuclear hideout near the town of Hudson, New York, that has been provided as a “substitute corporate headquarters… where essential personnel could presumably survive and continue to work after (a nuclear) attack…”

The corporations that have created Iron Mountain include Standard Oil of New Jersey (the Rockefeller interests); Manufacturers Hanover Trust (the Morgan interests); and the Shell Oil (the House of Orange,) amongst others.

The report dates back to at least 1961, when Robert McNamara, McGeorge Bundy, and Dean Rusk, all members of the CFR, noticed that no serious study had been made about planning for a long-term peace. Not only were they concerned about the lasting effects of a long-term peace, they also wished to examine the functions, both visible and invisible, of war.

The report states that:

“War has provided… society with a debatable system for stabilizing and controlling national economies. No alternate method of control has yet been tested in a complex modern economy that has shown it is remotely comparable in scope or effectiveness.“

War, therefore, was not fought for the usual reasons outlined above.

It was fought to “control economies.” These individuals apparently were concerned that there had been no efforts made to detail how they were to control economies during a time of peace:

“War fills certain functions essential to the stability of our society; until other ways of filling them are developed, the war system must be maintained, and improved in effectiveness.”

So, in a manner not detailed in the report itself, these three somehow arranged for a study of these problems. The report states that fifteen members of the investigating team got together to write the report, and that it was unanimously agreed to.

Furthermore, no minutes of the meetings were maintained, as it was thought they would be “too inhibiting.” The team which wrote the report recommended that the report not be made public after it was completed. One of those who read the report attempted to locate the authors. It was his theory that it had been written by the Hudson Institute.

The Hudson Institute is not well known among the American public, but it is known to government officials who have used it as a “think-tank” by hiring it to report on the issues of national concern. The Hudson Institute was started in 1961 when Mr. Kahn, the owner, decided “to help determine the entire future of the U.S. —and, time permitting, much of the world beyond.”

The Institute primarily receives its income from the government. Hudson listed five sources for its $1.36 million of income in 1968: The Office of Civil Defense, The Office of Secretary of Defense, the Military Services, Other Government and Non-U.S.

Government Kahn and his “think tankers” have become so important to the American government that they are frequently accused of setting older administrations on a path that new adminstrations cannot alter.

“This is a process of invisible power. At its extreme this influence can commit a nation to special programs and military actions which have neither been fully explained nor publicly debated. One day, as that power pervades and grows more sophisticated, it may so affect the course of government that any nation’s policies may be locked in, as if by automatic pilot, years before the men who are elected to govern ever take office.”

The functions of war

The Hudson Institute has a published list of what it calls “Public Members” and “Fellows.” Ten of the twenty-one listed Public Members are members of the Council on Foreign Relations, as are fifteen of the thirty-four Fellows. Two of the Fellows are known to the public: Henry Kissinger (CFR member) and Dr. Milton Friedman. The report starts by defining the traditional view of the functions of war.

It claims that there are three:

It continues by stating that these are the “visible” functions, and that there are “invisible, or implied, functions” as well. These are spelled out in the report, but all functions have one common purpose:

“War has provided both ancient and modern society with a debatable system for stabilizing and controlling national economies. No alternate method of control has yet been tested in a complex modern economy that has shown it is remotely comparable in scope or effectiveness. War fills certain functions essential to the stability of our society; until other ways of filling them are developed, the war system must be maintained — and improved in effectiveness.“

The report then goes on to detail what the “invisible functions” of war are:

War… is the principal organizing force in most societies. … The possibility of war provided the sense of external necessity without which no government can long remain in power. The historical record reveals one instance after another where the failure… of a regime to maintain the credibility of a war threat led to its dissolution. War… provides anti-social elements with an acceptable role in the social structure. The younger, and more dangerous, of these hostile social groupings have been kept under control by the Selective Service System. As a control device… the draft can again be defended… The level of the draft calls tends to follow the major fluctuations in the unemployment rate…

Man destroys surplus members of his own species by organized warfare. War is the principal motivational force for the development of science… War is a… general social release… for the dissipation of general boredom. War… enables the physically deteriorating older generation to maintain its control of the younger, destroying it if necessary.

An excellent summation of the report is contained in a novel by Taylor Caldwell, entitled Ceremony of the Innocent. She wrote:

“… there will be no peace in the tormented world, only a programmed and systematic series of wars and calamities — until the plotters have gained their objective: an exhausted world willing to submit to a planned Marxist economy and total and meek enslavement — in the name of peace.”

Apparently the individual who wrote that “War was Peace” knew what he was talking about.

Src. Ralph Epperson, delve deeper with his book – The Unseen Hand. –
A Must Read!