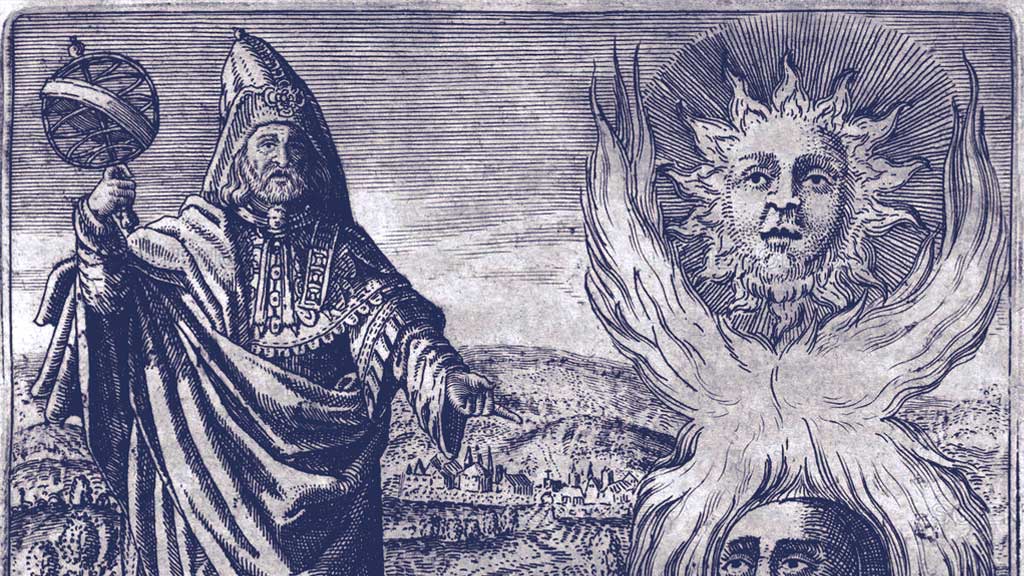 The Arabic Idris and the Alchemical Mercury

The name of Hermes, whether or not qualified as Trismegistus, henceforth served as guarantee or signature for a host of esoteric books on magic, astrology, medicine, etc., throughout the Middle Ages, and this despite the fact that, with the exception of the Asclepius, the Corpus Hermeticum was unknown.

At the same time, an inspired imagery unfolded in both Latin and Arabic literature in a succession of “visionary recitals” (as Henry Corbin calls them), constellated around this key figure. The ancient belief that Hermes was the founder of a city was much repeated, notably in the Picatrix, an Arabic text probably written in the tenth century, then translated into Latin. It is a 400-page book of magic and astrology under the title غاية الحكيم Ghāyat al-Ḥakīm.

We learn there that Hermes was the first to construct statues, with which he was able to control the course of the Nile in relation to the movements of the moon; also a city, whose richly symbolic description has not yet yielded up all its secrets.

This literature, especially the Arabic part, is full of scenarios presenting a personage who discovers in a tomb of Hermes, beneath a stele, revelations of theosophy, astrology, and alchemy.

Most of the texts employ the same topos: the First Hermes, who lived before the Deluge, foresaw the coming disaster; before the world was destroyed, he built the pyramids to enshrine the secrets of the sciences. This is the story as told in the Book of Crates, an Arabic text dating at the earliest from the sixth century.

These texts, often very beautiful, also bear witness to the important role played by Egyptian local color and Greek influence in the Arab imagination after the coming of Islam to Egypt, that is, from 640 onwards.

The short but very famous text of the Emerald Tablet ascribed to Hermes Trismegistus belongs to this literature; it is part of a group of writings in which Apollonius of Tyana rivals Hermes in importance. 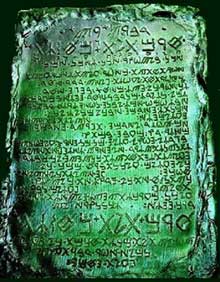 These two names are sometimes associated, for instance in the extraordinary Book of the Secrets of Creation, written at the latest in 750 and at the earliest in the sixth century.

The history of the Graal

In the Latin countries, one should mention the romance of Perceval where the hermit named Trevizrent—that is, “threefold knowledge”—reveals the history of the Graal. Modern research has suggested a possible origin of the word “Graal” in the Greek krater (bowl), referring to the Bowl of Hermes of which the Corpus Hermeticum makes mention. Among the Saracen gods there is, moreover, a “Tervagant” who has been identified as our “Hermes ter maxim us,” and who appears notably in the Mystery of Barlaam and Josaphat (sixth century).

Hermes has a most significant place in the Islamic tradition. Admittedly, his name does not appear in the Quran; but the hagiographers and historians of the first centuries of the Hegira quickly identified him with Idris, the nabi mentioned twice in the sacred book (19.57; 21.85). This is the Idris whom God “exalted to a lofty station,” and whom the Arabs also recognize as Enoch (cf. Genesis 5.18-24).

Idris / Hermes is called “Thrice Wise,” because he was threefold. The first of the name, comparable to Thoth, was a “civilizing hero,” an initiator into the mysteries of the divine science and wisdom that animate the world: he carved the principles of this sacred science in hieroglyphs. (Even the Arabic term for “pyramid,” haram, is connected with the name of Hermes, Hirmis.)

The second Hermes, who lived in Babylon after the Deluge, was the initiator of Pythagoras. The third one was the first teacher of alchemy. Thus the figure of Hermes links Muslim consciousness with the pagan past; but it is no more graspable than that of our Western Trismegistus. “A faceless prophet,” writes the Islamicist Pierre Lory, from whom I have borrowed the elements of this synthesis, Hermes possesses no concrete or salient characteristics, differing in this regard from most of the major figures of the Bible and the Quran.

It is no different in the Corpus Hermeticum, which presents Hermes sometimes as a god, sometimes as a sage, and at other times as a disciple of the Nous or Divine Intellect. According to the Arab tradition, his life is simultaneously physical and transtemporal, after the example of Elijah’s, and even in his body he manifests a state of eternity.

Pierre Lory recalls that Idris/Hermes is said to have Written poems, particularly odes, in Arabic, Hebrew, and Syriac; thus he rises “above sectarian divisions, transcends religious mysteries and chronological time,” and speaks “the languages of heaven, of earth, and of man in the integral state, namely Arabic.”

The Emerald Tablet is known to have been transmitted in that language. Lastly, this personage belongs to a delightful tradition, a magnificent example of the myth of the “redeemed Redeemer”: A certain angel, having incurred the divine wrath, had had one of his wings cut off and found himself exiled on a desert island.

He went to beg Hermes / Idris to intercede with God on his behalf. After Hermes / Idris had succeeded in this mission, the angel gave him the power to enter Heaven while still living in the Seventh Sphere.

It is scarcely surprising that Hermes, whether or not qualified as Trismegistus, was considered as the founder of alchemy as early as Alexandrian times. Greek, which is to say Alexandrian, alchemy certainly disappeared towards the sixth century, but from the seventh and eighth centuries onwards the Arabs took up the thread.

It was their translations of these Greek Hermetic texts that were the main inspiration of the Latin-speaking authors of the twelfth century and after, the period of alchemy’s blossoming in Europe.

Very many writers on the Great Work, whether Arabic or Latin, even up to the twentieth century, use the name of Hermes or Mercury not only as that of a personage, but, especially in the case of Mercury, to designate a substance or property of things, in expressions like “Mercurial spirit.” Mercurius is both the “first matter” and the “last matter,” and even the alchemical process itself.

As an entity, he is “mediator” and “savior”—C. G. Jung would call him the Mercury of the Unconscious. As the substance of the Arcanum, he is mercury, water, fire, the celestial light of revelation; he is soul, life-principle, air, hermaphrodite, both puer and senex. He is the tertium datum.

The Mercury of alchemical literature belongs to an uninterrupted tradition of attributing metaphysical significances to the gods and goddesses of Parnassus.

Thus at the end of the pagan era in the first century CE, the Greek Cornutus, in his Commentary on the Nature of the Gods, explains the phallic attributes of Mercurius Quadratus as signifying the plenitude and fertility of reason. The Neoplatonists went further, applying this method to all religious traditions, even foreign ones, and considering the whole universe as a great myth from which our intelligence is responsible for extracting the spiritual meaning.

Such was the method, for example, of the Emperor Julian’s friend Sallustius, in his book On the Gods and the World.