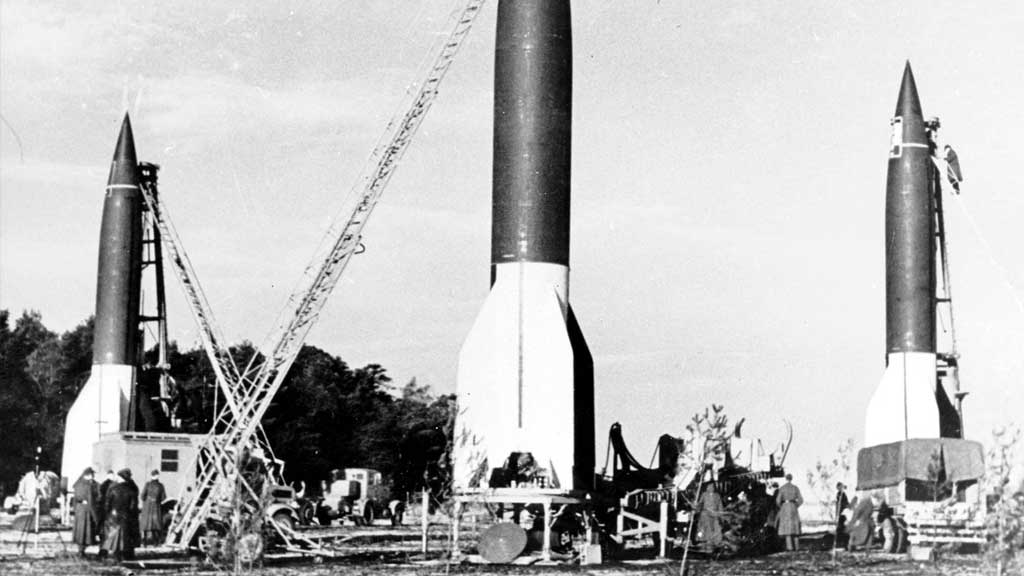 The race for Nazi war secrets 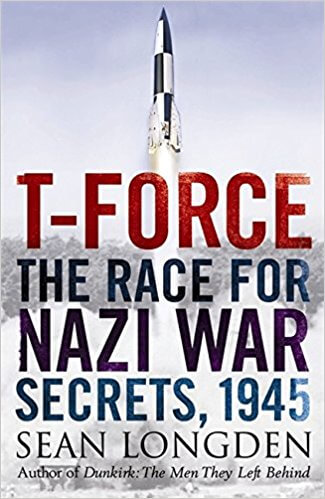 T-Force … In the spring of 1945 as the Allied army advanced into Germany there was one objective paramount for the vast majority of its troops – the prompt defeat of the Germans on the battlefield and the swift restoration of peace. However, there was one unit in and around the frontlines whose aim was very different. Unlike their frontline colleagues, these men were actively discouraged from engaging with the enemy or indulging in heroics. The truth of the matter was that these soldiers, surging across northern Germany in vehicles marked with a simple T sign, were not actually fighting the same war.

As the men of T-Force sat in the spring sunshine, excited but nervous as they awaited their orders, few of them understood exactly what they were doing. They were not actually engaged in the final surge against Nazism but were unwitting players in the overture to the next great conflict of the era – the Cold War. All they knew was that they had been given a target and that they would soon be getting into their vehicles to head off into the unknown. It was a simple routine but very few of them understood the significance of the orders they were being given. The fact was that, at that moment and for much of 1945, the future security of the western democracies hung in the balance and, had the men of T-Force failed in those tasks, the entire future of the western world might have been very different.

There is little doubt that the Germans have been victorious on the technological battlefield of the Second World War. With the world’s first operational jet fighters, ballistic missiles, high-speed submarines, rocket planes, infra-red gun sights, new chemical weapons such as Sarin and Tabun, flying bombs and even guns that fired around corners, German scientists had provided the blueprint for military development in the postwar years.

By May 1945 the drawing boards of these scientists were covered with designs for a variety of new weapons, all of which the competing former Allies were keen to exploit. In the years after the war, these designs resurfaced on the world’s battlefields in the form of Cruise missiles and Stealth fighters, among others. During the Cold War, the US used radar systems developed from German wartime designs as part of its worldwide ‘early warning’ system. Unforgettably, it was German rocket scientists who eventually put man on the moon while German aviation researchers even provided the impetus for the development of Concorde.

However, in spring 1945 no one in the West knew the truth about the Nazi’s atomic research programme; nor did they know the realities behind the rumours of deadly new military gases under development within Germany. What they did know was that even as the Allies advanced Nazi scientists were still hard at work at their desks and drawing boards and what they might achieve could still be significant.

Between March and summer 1945, the unit was constantly at work seizing targets in towns such as Bremen, Celle, Hamburg and Hanover, where they uncovered a secret laboratory hidden beneath a straw covered floor of a barn, vast blast furnaces in Ruhr Valley steel works that were dismantled and shipped back to England, and a fully functioning aircraft factory operating in two miles of underground tunnels. They went in search of codebooks that could decrypt the enemys signals; new technology such as jet propelled engines, and mini submarines. They also hunted down the men behind these extraordinary feats: nearly 1,000 top scientists, some smuggled out of the Soviet Zone in unmarked lorries, including Werner Von Braun, the brains behind the V1 and V2 rockets who was to become a key figure in the American space race, Otto Hahn, Germany’s foremost expert in nuclear fission and Helmut Walther, the man who inspired Ian Flemings Moonraker.

Sean Longdens riveting history will change the story of how the second World War was won and how the first battles of the Cold War were fought; it reads like the finest espionage thriller of the era…