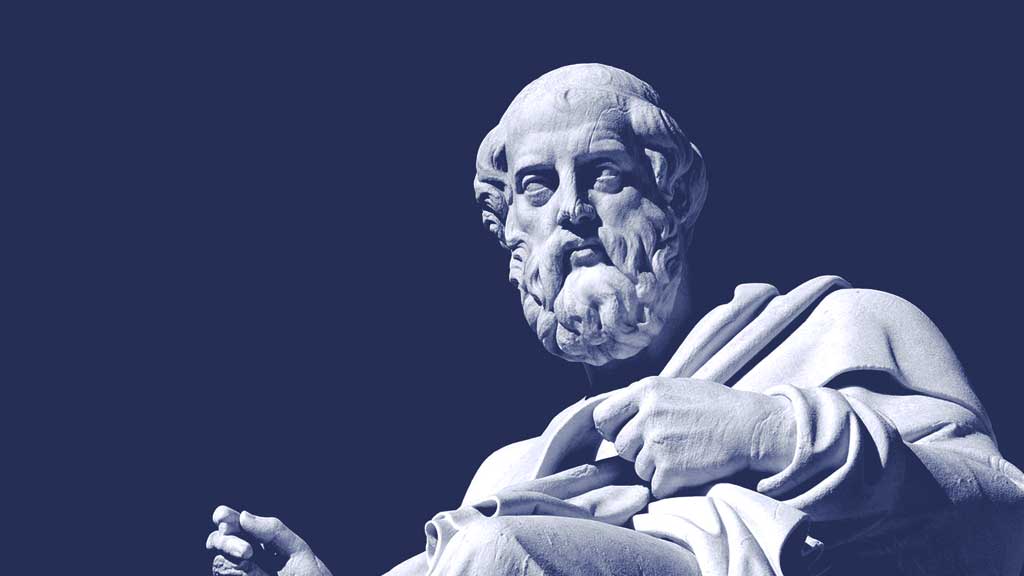 The Demiurge of the Platonic dialogues

The Demiurge, the entity who “fashioned and shaped” the material world.

Plato, as the speaker Timaeus, refers to the Demiurge frequently in the Socratic dialogue Timaeus, circa 360 BC. The Demiurge as the entity who “fashioned and shaped” the material world. The Demiurge is the craftsman.

The term demiourgos or craftsman is itself surprising – one might expect such a character to be rather grandly titled Nous or Logos. At Athens, the craftsman was either a slave or if free, one who acquired a certain stigma as a result of his proximity to slaves.

There are two principal issues concerning any discussion of the Demiurge: the activity which is attributed to him by Plato on a literal reading and if the literal reading is denied, how the myth can be interpreted allegorically.

Even a literal account of the Demiurge’s activity is relatively complex. Faced with pre-cosmic chaos, the Demiurge harmonises the four elements, using water and air as intermediate terms between ﬁre and earth.

This harmonising by proportion is what brings the cosmos into existence, and the Demiurge shapes the cosmos into a sphere and gives it circular motion. To construct the soul (a prior activity, but recounted subsequently and with due apologies by Timaeus), the Demiurge produces three essences – Being, Sameness and Otherness.

The Demiurge cuts off portions of this mixture in accordance with the mathematical series of 1, 2, 4, 8 and 1, 3, 9, 27. Continuing to ﬁll up the intervals until the mixture is used up. These portions are laid into two strips, the circles of the Same and the Different. Which are bent into a cross, and then inserted or wrapped around the body of the world, woven throughout the entire heaven.

The Demiurge then organises the orbit of the planets and produces the Young Gods. He delegates these gods responsibility for the generation of the mortal genera and the lower soul.

The mathematical aspect of the account, with its emphasis on intervals of 3:2; 4:3 and 9:8,which have to be ﬁlled with strips of soul-stuff, and its correspondence with a musical scale of four octaves and a major ‘sixth’ makes even a literal reading elaborate.

In contrast to the Empedoclean entities, Love and Strife, which are responsible for the production of the world, or the ordering, divine mind of Anaxagoras, Plato introduces a different type of cosmology. It is not as if the Demiurge can claim credit for all order, since even some sort of order existed in the pre-cosmos.

The Demiurge only orders in a manner which furthers his objective: increased intelligibility, seen, for example, in his formation of the elements, ordered on geometric principles. The Demiurge’s ordering activity is founded on a basis of rationality, which the sporadic traces of order in the pre-cosmic state lacked.

At Tim. 48e, Plato turns to an examination of cosmology from below, and introduces Necessity (Plato’s erratic cause). He also introduces the Receptacle which he calls mother or nurse and additionally refers to it as space or place.

Plato’s errant cause is a thorn in the side of the Demiurge. For example, he would prefer that humans could live longer and be intelligent, but when presented with a choice, he opts for intelligence over longevity.

This positing of Necessity helps to explain the imperfections of the cosmos and can be seen as an attempt to address the problem of evil, as well as a forerunner of the subsequent notion of the audacity of matter. As for Plato’s Receptacle, it becomes interpreted as ὕλη ‘matter’, with the beginning of a distinction between matter and space.

The alternative explanation is that the Demiurge is only an allegorical ﬁgure. Plato’s account illustrates the importance of a rational element in the continual ordering of the universe and the myth can be deconstructed to produce a number of important philosophical insights:

The Demiurge is usually regarded as ordering rather than creating. However, Plato blurs the distinction between a Demiurge and a Creator:

‘You know that creation (ποίησις) is something multiple. For whatever passes from non-being into being, the entire cause is creation, so that what is manufactured by the arts is a kind of creation and their craftsmen (δημιουργοί) are all creators (ποιηταί).’

Sometimes this is translated as poetry and poets, rather than as creation and creators.

Plato, draws no distinction between the two because the idea of the Demiurge creating ex nihilo or even ordering according to his own whims (rather than according to the pre-existent Forms) would be for him preposterous. The Greeks did not mention the idea of creatio ex nihilo, even satirically.

The Demiurge moulds the world using geometric patterns; with the isosceles triangle he forms a cube, which becomes the atom of earth and out of the scalene triangle, he fashions the tetrahedron (ﬁre), octahedron (air), icosahedron (water), and he also produces the dodecahedron used to adorn the universe (Tim. 55c4–6), which is later identiﬁed as aether by Xenocrates.

Delve deeper with:
THE DEMIURGE IN ANCIENT THOUGHT

How was the world generated and how does matter continue to be ordered so that the world can continue functioning?

Questions like these have existed as long as humanity has been capable of rational thought. In antiquity, Plato’s Timaeus introduced the concept of the Demiurge, or Craftsman-god, to answer them.

This lucid and wide ranging book argues that the concept of the Demiurge was highly inﬂuential on the many discussions operating in Middle Platonist, Gnostic, Hermetic and Christian contexts in the ﬁrst three centuries ad.

It also focuses on the decreasing importance of demiurgy in Neoplatonism, with its postulation of procession and return.

Writer Carl Sean O’Brien is Alexander von Humboldt Fellow in the Department of Philosophy at Ruprecht-Karls-Universit¨at Heidelberg and Research Associate, Centre for the Study of the Platonic Tradition, Trinity College, Dublin.