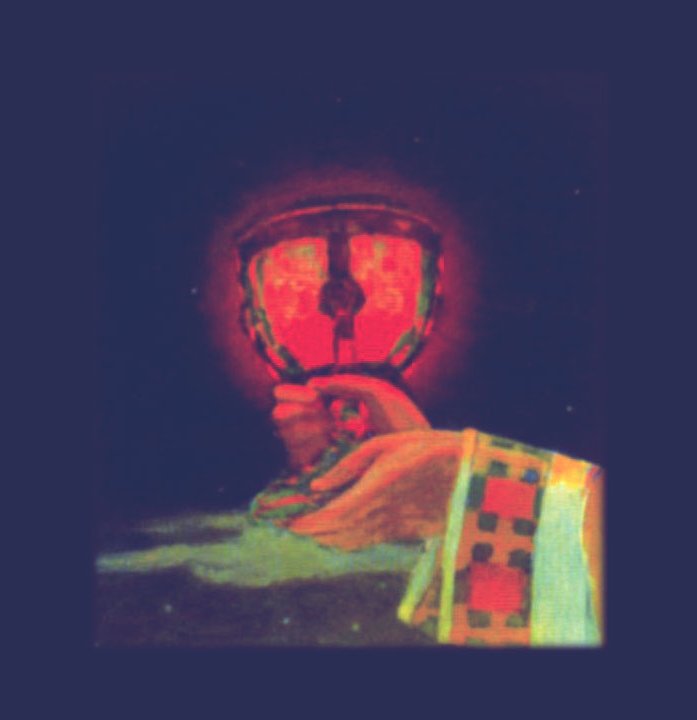 The mystery of the Grail 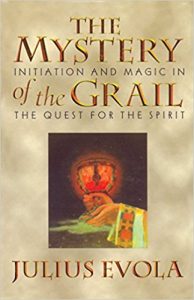 Mystery of the Grail
Available at Amazon

The original version of Julius Evola’s Mystery of the Grail formed an appendix to the first edition of his masterpiece, Rivolta contra il mondo moderno (1934). –  Revolt against the Modern World.

Three years later he reworked that appendix into his “The Mystery of the Grail” book, which first appeared as part of a series of religious and esoteric studies published by the renowned Laterza Publishers in Bari, Italy, whose list included works by Sigmund Freud, Richard Wilhelm, and C. G. Jung, among others. The Grail book is closely related to Revolt Against the Modern World, where Evola discussed, within the framework of his “suprahistorical” analysis, medieval chivalry and the notion of a symbolic empire based on a sacred regality. Above all, Evola wanted to make three things clear:

First-and here Evola would fully agree-it’s a question of a myth, and a myth is by definition not single- but multifaceted. Second, the myth of the Grail embraces many different types of influences, above all:

The various interpretations of the Grail thus differ greatly, extending from the priestly chalice to the “manna machine” for the automatic production of nourishment, or even to the equation of the “Grail of Joy” with the vagina.

One thing appears to be certain, however: the myth of the Grail does not deal with mere fantasies in a purely aesthetic-poetic sense. As Franco Cardini writes, “No author in the Middle Ages ever wrote a single line on the basis of his pure and bare fantasies, and it would be antihistorical to suggest such a thing:’ Another point of interest, in the current debate of gender differences: It is always men who go off in search of the Grail, because women, by nature, already possess it. Thus in all versions of the legend, only women are referred to as carriers of the Grail.

In the epilogue to the first edition of “The Mystery of the Grail: Initiation and Magic in the Quest for the Spirit” (published in 1937) Julius Evola expressed it as follows:

To live and understand the symbol of the Grail in its purity would mean today the awakening of powers that could supply a transcendental point of reference for it, an awakening that could show itself tomorrow, after a great crisis, in the form of an “epoch that goes beyond the nations.” It would also mean the release of the so-called world revolution from the false myths that poison it and that make possible its subjugation through dark, collectivistic, and irrational powers. In addition, it would mean understanding the way to a true unity that would be genuinely capable of going beyond not only the materialistic-we could also say Luciferian and Titanic-forms of power and control but also the lunar forms of the remnants of religious humility and the current neospiritualistic dissipation.

The search for alternative methods of thought goes hand in hand with the growing skepticism against a purely scientific rationalism. One such alternative is the so-called Traditional method used by Evola, who describes it as follows:

The order of things that I … deal with … is that in which all materials having a “historical” and “scientific” value are the ones that matter the least; conversely, all the mythical, legendary, and epic elements denied historical truth and demonstrative value acquire here a superior validity and become the source for a more real and certain knowledge …. From the perspective of “science” what matters in a myth is whatever historical elements may be extracted from it. From the perspective that I adopt, what matters in history are all the mythological elements it has to offer. (from Revolt Against the Modern World, p. xxxiv. )

In essence, this is about an intersection of history with superhistory, whose result is myth, which thus contains something from both worlds, the historical and the transcendental, and thus makes a higher claim to truth.

The primary literary sources of  the Grail legend discussed by Evola are:

Another point of interest, in the current debate of gender differences: It is always men who go off in search of the Grail, because women, by nature, already possess it. Thus in all versions of the legend, only women are referred to as carriers of the Grail.