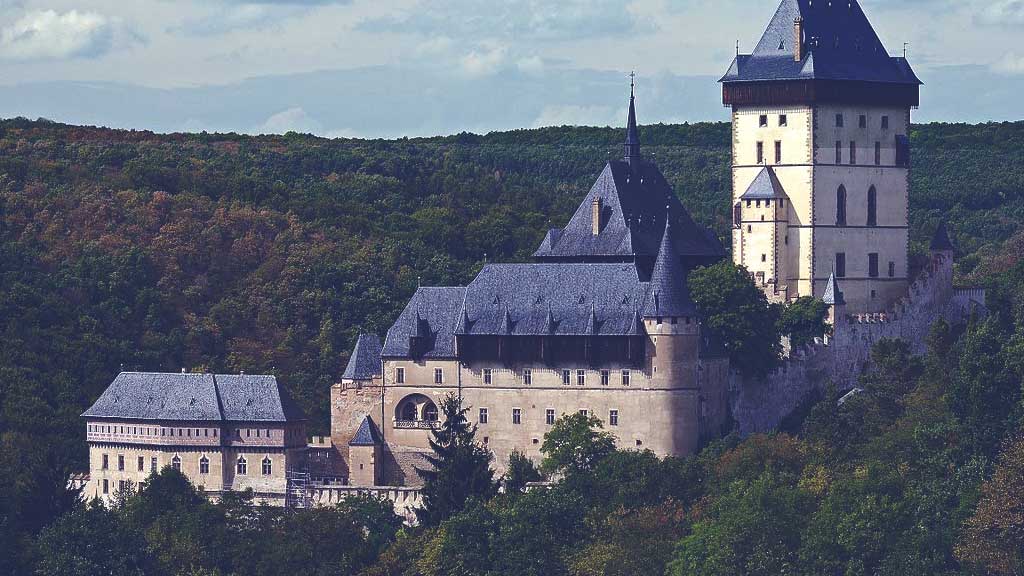 Karlstein is an intriguing place

In search for the Grail and Grail Temple …

Now, we have heard how Lancelot fared when he entered the chapel of the Grail to help the “man dressed like a priest” who was serving at the Mass. Even though his intention is good, he is not permitted to touch or look upon the mystery. So, too, in the story of the Ark’s journey from Gebaa, described in the biblical book of Kings. 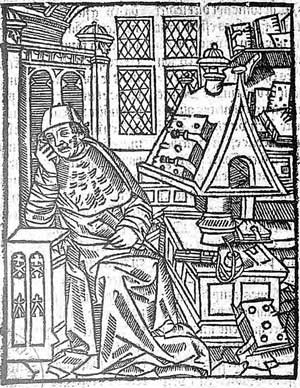 It is clear from this that those who care for a sacred relic must maintain a respectful distance from it—though in Robert de Boron’s poem of Joseph, in which he tells the story of Joseph of Arimathea and his acquiring of the Grail from the hands of Christ himself, we also find the story of Sarracynte, wife of Evelake of Sarras, whose mother had for a time shared the guardianship of the Grail in the shape of a host and kept it in a box that is specifically described as “an ark.”

She at least was allowed to touch it without harm, though such instances are rare in the mythos. Generally the mystery is too great to be looked upon or touched by one who is unprepared. A visit to the temple of the Grail must come first and its tests overcome before the revelation of the mystery can take place.

A peculiar castle at Ardres

Chrétien de Troyes  could  have visited a peculiar building in Ardres as a serious model for the hall of the Grail castle.  Ardres is one of three towns known as the Les Trois Pays (“the Three Countries”), the other two being Guînes and Licques. During the Middle Ages, the Pas-de-Calais department comprised County of Boulogne and the County of Artois, while the Nord department was mostly made up of the southern portions of the County of Flanders and the County of Hainaut.

This remarkable edifice in Ardres was created at the command of a knight named Arnoul the Elder in circa 1117 and is described by Lambert d’Ardres in his Historia Comitum Ghisnensium, written between 1194–98.

This castle at Ardres included steps and winding stairs from one area to another, from the house to the kitchen, from one room to another, then from the house itself to the “logium,” which took its name appropriately and for the following reason: for they used to sit there in pleasure to talk, it was derived from logos; then from the logium to the oratory or chapel made in a similar way to the tabernacle of Solomon in its design of canopy and pictures.

This is interesting for a number of reasons. The Greek word logion actually means “saying” or “word” or even “oracle.” Lambert is correct in noting that it derives from logos, but the word carried a weightier meaning: the Word of God, as it appears in the opening of St. John’s Gospel.

A curious circular tower at Guines

Later, somewhere around 1169, Arnoul’s ancestor, Baudouin II, created a curious circular tower at Guines (also within the Pas-de-Calais area) that includedrooms, dwellings and lodgings and curved paths, such as that of a labyrinth … he built a chapel of “Solomonian” glory with wondrous flooring of stones and timber … (not far from) the gates of the building.

Chrétien’s patron, Philip d’Alcase, who gave him the vocation and reasoning of his work, was a close friend of Baudouin’s. Even if Chrétien had never set foot in the curiously wrought building, he would have heard of it and almost certainly had it described by his patron.

The Grail Chapel of Karlstein

The castle of Guines is not the only such site to be based on the idea of the Grail. Karlstein, which lies twelve miles outside Prague. was built between 1348 and 1365, soon after the first flowering of Grail literature, by the German king and Bohemian emperor Charles IV.  Born Wenceslaus, he was the first King of Bohemia to become Holy Roman Emperor.

A natural mystic, Wenceslaus seems to have possessed a profound understanding of the Grail. Karlstein was consciously built to reflect this, as the following description from “A Christian Rosenkreutz Anthology” by Paul Marshall Allen demonstrates:

The small chapel of St. Catherine, for example, is a veritable gem; the entire walls, up to the ceiling, are inlaid with semi-precious stones such as amethyst, jasper, cornelian and agate, while the cross vaulting above has a blue background, adorned with roses …

There are aspects of this which are very close indeed to a vastly extended description of the Grail Temple found in The Later Titurel. (Wolfgang von Eschenbach’s prequel to Parzival)

Charles’s choice of the Easter period to withdraw to his private Grail chapel is striking. This period, of course, is not only associated with the Passion of Christ, but also with the Grail mysteries, which were said to take place at the same time. This is reflected in the design of the castle, and throughout the building are murals that follow the narrative of the Grail.

These images guide the seeker towards the great tower of the castle that is approached across a narrow bridge, echoing the Sword Bridge of the Grail story told by Chrétien.

Within the tower is the Chapel of the Holy Cross, decorated in semi-precious stones, beneath a roof representing the sun, moon, and stars, interspersed with the motif of roses. The windows are formed of pure topaz, amethyst, and almandine, through which the light enters in bands of glorious colour. 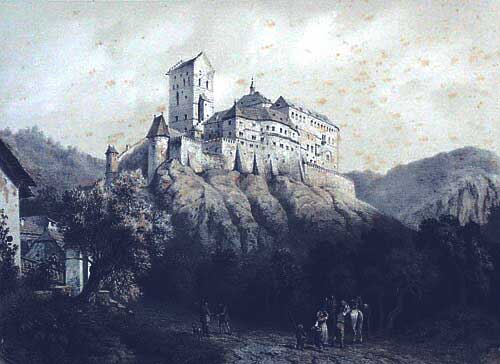 The overall symbolism of the building is clear: it shows the path of the initiate learning, forgetting, relearning, following the path of spiritual alchemy until he is able to cross the perilous bridge and enter the chamber of the mysteries.

The parallels need hardly be spelled out. This is indeed a representation of the chapel of the Grail.