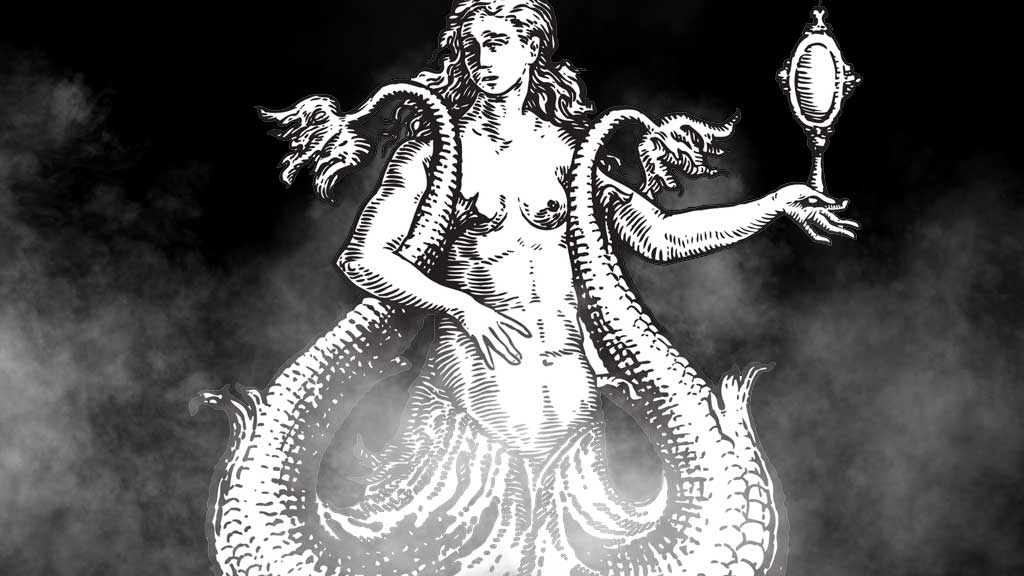 The secret of Anjou

the original French myth of Melusine

Deeper levels and meanings in tales not only transcend time, they also cross continents and cultures. These links and hidden meanings one can find best in original local tradition and folklore. One such link is the original French myth of Melusine, whose name is associated with honey. Her story recalls the Indian tradition whereby the royal lineage claimed to come from serpent deities. A theme that reoccurs in more than one folktale in the world.

The story goes that the Count of Anjou, who had links with the Templars, was unmarried and lonely. (One who’s familiar with the original poem of Wolfram von Eschenbach “Parzival” knows that the knight Parzival spoke of his father and his lineage from the house of Anjou.)

In Syria, long before the Holy Wars, lived king Gandin of Anjou whose ancestral home was faraway France. Gandin had a son named Gahmuret, a bold and adventurous knight who feared no adversary, but excelled especially in wooing women and avoiding penance for his lustful ways.

One day the lonely Count of Anjou mysteriously brought home a beautiful woman called Melusine. They married and were very happy. Melusine was kind, and a good mother, and the people loved her even though no one knew anything about her background. However, one thing about her confused the people: although she attended church on Sunday, she never took the Eucharist – the ‘body’ and ‘blood’ of Christ.

When this was brought to the Count’s attention he ordered his guards to ensure that she stayed for the whole service and took the Eucharist. The next Sunday, Melusine attempted to excuse herself from the church just before the Eucharist, but the guards stopped her and, just as the priest was about to administer the holy rite, she let out a loud shriek, turned into a dragon and took off with her two children.

This is a very bizarre story indeed. Where did its various elements come from, and where did the Count find this mysterious woman? We have no clear answer to this.

And why did Melusine turn into a dragon? Could this be, as suggested earlier, a link with the Eastern tradition that the royal lineage has ‘serpent blood’ in its veins, the same storyline as in India?

Could it be that Melusine’s refusal to take the Eucharist is only a Christian addition to the story to reinforce the belief that the dragon/serpent is evil? Predates the original story Christian times, or is it that she herself is the ‘body’ and ‘blood’ of the resurrecting serpent god, in which case to take the Eucharist would be for her as eating herself?

It remains a very strange folk tale, whatever its original meaning may be! One further point, however: it is said that the children of Melusine went on to be part of the royal lineage of Europe.

There is another level in this story, a hidden secret one.

Different writers tell us that the Count of Anjou and the Anjou family was also intricately linked with the Grail and it was written that the count was in possession of a profound secret. The historical René d’Anjou, an alleged Grand Master of the now infamous secret society known as the Prieuré de Sion, is said to have owned a Grail-style cup inscribed with the inscription ‘He who drinks deeply will see God. He who drinks it all in a single gulp will see God and the Magdalene.’ In the Melusine story, the Count of Anjou went out in his sadness and came back with Melusine, a ‘dragon/serpent being’, who fled the church. Could this be an allegory?

The Celts and Germanic people had been poor recorders of their history, for they were inclined to pass on their traditions orally from bard or minnesinger to initiate. Then the Church came along and started to write things down, even Pagan beliefs, thus giving us some kind of insight into the past.

Now, due to this mild preservation of original culture, we are sometimes able to look back and discern certain myths, even beneath their Christian overlay.

The greatest contribution that the Celts made to the Grail quest was the addition of the concept we now know as the ‘chalice’. Although in all cultures there had to be a container for the true Grail, it was not until the coming together of Christianity from the eastern Mediterranean and the Pagan Celtic fertility religion of north-western Europe that the sacred vessel took on such great significance.

We all walk in Mysteries

We can thank the very ancient idea of the cauldron for this. Although the cauldron is by no means uniquely sacred to the Celts and Germanics, but certainly it is in Celtic culture that all the related concepts are brought together.

Still many questions, many enigma’s …

Melusine – The Noble History of Lusignan