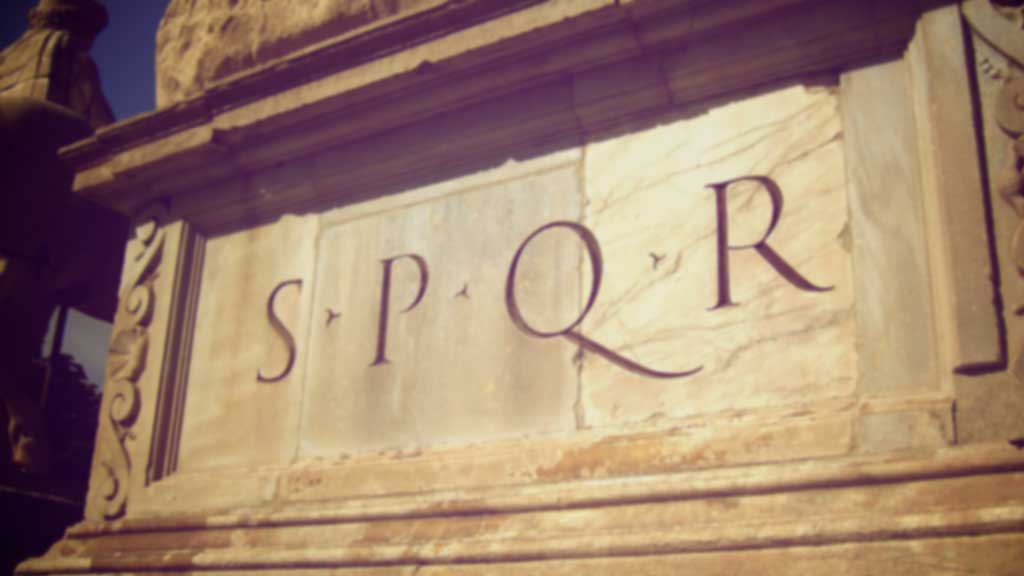 The change of the Roman ethnic make-up contributed to the empire’s ruin.

Tenney Frank earned his A.B. at the University of Kansas in 1898 and A.M. the following year. Frank went on to receive his Ph.D. at the University of Chicago in 1903. Frank taught at Bryn Mawr College as Professor of Latin from 1904 until 1919, when he moved to the Johns Hopkins University. One of his remarkable researches was “An Economic History of Rome”.

He wrote periodically for the American Historical Review, including a paper on the demise of the various ancient Italian peoples that comprised the Roman ethnicity in Julius Caesar’s day. Arguing that Roman expansion brought in masses of foreign peoples and slaves that over time changed the ethnic make-up of the Roman populace and contributed to the empire’s ruin. 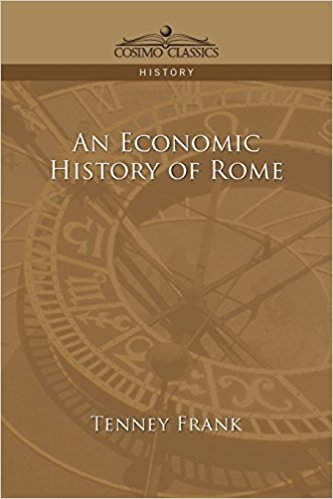 An Economic History of Rome
Amazon
What Professor Tenney Frank revealed is really as stunning today as it was in his very own day, for what he discovered was that “during the time period between the Republic and the final arising of the empire,” the human population of Roman Italy was predominately “not Roman or Latin whatsoever anymore, but—in a word and without much exaggeration—Babylonian.”

Frank came to this conclusion by observing a widespread usage of both Greek proper names and surnames on numerous inscriptions and written documents, such that between 300 BC and 300 AD the Roman populace underwent such a radical change that it was not any longer Latin in any respect.

However the Greek names were by themselves puzzling for Alexander the Great’s conquest of the ancient world from Persia to Egypt spread the Greek language as a lingua franca across a lot of different cultures. Now, who were these people?

Professor Frank’s method of giving an answer to this issue was “to take Rome’s classical writers and satirists at their word, and out of this a significant as well as a quite significant fact surfaced! Frank notes that the satirist Decimus Iūnius Iuvenālis (Juvenal) complained “that the Tiber had captured the waters of the Syrian Orantes.” (Tenney Frank, The American Historical Review, Vol. 21, July 21, 1916, p. 689- 690)

When Tacitus informs us that in Nero’s day a great many of Rome’s senators and knights were descendants of slaves and that the native stock had dwindled to surprisingly small proportions, we are not sure whether we are not to take it as an exaggerated thrust by an indignant Roman of the old stock …

To discover some new light upon these fundamental questions of Roman history, I have tried to gather such fragmentary data as the corpus of inscriptions might afford. The evidence is never decisive in its purport, and it is always, by the very nature of the material, partial in its scope, but at any rate it may help us to interpret our literary sources to some extent. It has at least convinced me that Juvenal and Tacitus were not exaggerating.

It is probably that when these men wrote a very small percentage of the free plebeians on the streets of Rome could prove unmixed Italian descent. By far the larger part, perhaps ninety percent, had Oriental blood in their veins.

Is the missing Ghent Altarpiece a map to the Holy Grail?

Juvenal, had complained of the Syrian “Orontes” river “flowing into the Tiber,” a metaphor for people of Chaldean—i.e., Babylonian—extraction having “flowed” into the bloodlines of the ancient Roman stock: “These dregs call themselves Greeks,” he complains, “but how small a portion is from Greece; the River Orontes has long flowed into the Tiber.”

And now let me speak at once of the race which is most dear to our rich men, and which I avoid above all others; no shyness shall stand in my way. I cannot abide, Quirites, a Rome of Greeks; and yet what fraction of our dregs comes from Greece? The Syrian Orontes has long since poured into the Tiber, bringing with it its lingo and its manners, its flutes and its slanting harp-strings: bringing too the timbrels of the breed, and the trulls who are bidden ply their trade at the Circus. Out upon you, all ye that delight in foreign strumpets with painted headdresses! Your country clown, Quirinus, now trips to dinner in Greek-fangled slippers, and wears niceterian ornaments upon a ceromatic neck!  — Juvenal, Satire 3

The fundamental historical outlines have become crystal clear, for as the Roman conquests expanded into the eastern Mediterranean and ultimately conquered the old Seleucid Empire —i.e., the part of Alexander’s empire based in Mesopotamia with its capital at Babylon – many of these people made their way back to the Italian peninsula as slaves, and, following the fairly permissive Roman custom of liberation of slaves upon the death of their owner, these later on became the freemen and the backbone of the Roman economy in the very lap of the Empire itself.

The implications are enormous, for not only did these slaves bring with them their religion and culture —a point that would explain the increasing “orientalization” of the Roman imperium— but they also brought with them “their ‘Babylonian’ business and banking practices.” Of course, when Attila the Hun ravaged the peninsula and endangered even Rome itself, most of these merchants and their families fled to northern Italy. It is here that we find, then, the interconnection between ancient Babylon’s “bullion brokers,” Rome, along with the later Italian city-states, with their banking oligarchies. (Financial Vipers of Venice) 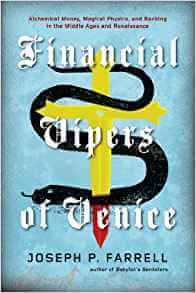