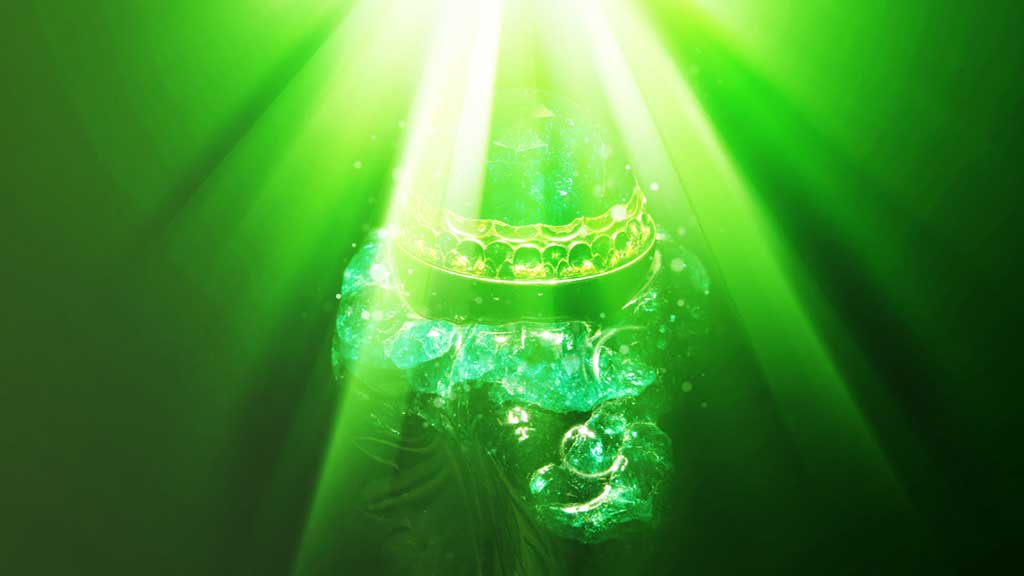 The Secrets of Emerald

From Satan's Crown to the Holy Grail 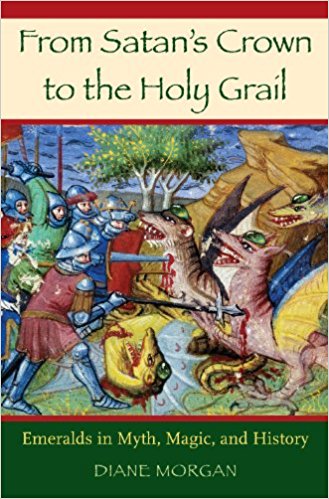 From Satan's Crown to the Holy Grail: Emeralds in Myth, Magic, and History
Amazon

Emerald. Above all, the glitter of gems has enchanted us and held us hostage. Despite their secret birth underground, they live a rather public life among us, admired, bought, sold, and hoarded. They have become ours in a way a hunk of raw granite never can. Gems have studded ears, adorned ﬁngers, encircled arms, and emblazoned belly buttons. Bits of compressed carbon no larger than a match head have transmogriﬁed themselves into emblems of undying love.

Nothing could be more civilized. Or more brutal. Men have bled for rubies and drowned for emeralds. They have killed for beauty as they have killed for love. And this has been the case forever. Popes and kings, emperors and magicians, commoners and criminals, all have looked to these glowing fruits of the earth as a means to wealth, status, power, or spiritual achievement. Countless legends tell how gems have cursed, blessed, persecuted, or utterly changed their wearers. According to ancient lore, gems can confer chastity, enhance virility, calm storms, and provide insight into the future. Hidden just beneath their shining depths are a thousand strange tales and curious adventures.

The very ﬁrst emerald in the universe belonged to Lucifer. According to legend, it was the chief jewel of his heavenly crown, glowing brilliantly in the light of the Lord. But then the Troubles came, and Lucifer the Shining became Satan the Adversary, the prideful Fallen Angel, disgraced in the eyes of God, and cast into Hell. But the emerald did not follow its ﬁrst master. As Satan was hurled into the burning pit, the stone slipped out of his now-tattered crown, and tumbled to Earth—from which it was born anew.

Wise emerald. For this great stone knows it belongs neither to Heaven nor to Hell. It is an earthly creation, sister to the verdant land and green-shining sea. It’s here on Earth that it began its history, a history of grails, goddesses, and conquistadors, a history that is both true and mythical, sometimes both at once. It has the longest history of any major gemstone. From the very beginning it was clear that the emerald, above allother gems, had a signiﬁcance that surpassed even its surpassing loveliness. It is of course the symbol of spring, love, youth, and rebirth. But it is so much more …

Let’s go back several million years to witness the miracle of emerald birth. Since emeralds are neither vegetable nor animal, it follows that they must be mineral. (A rock is technically a substance made up of two or more minerals.) Minerals are deﬁned as inorganic, homogenous, solid substances with a chemical composition that is variable within quite narrow limits.

Among the vast and extended clan of minerals, the emerald belongs to the charming and attractive beryl family. The word beryl comes from the Greek berullos, meaning crystal. Beryl in turn is a member of the large group of minerals called silicates. As reﬂected in its formal name: beryllium aluminum silicate. This simply means that it’s made up of aluminum, beryllium, and silicon together with some oxygen. It’s been said that what carbon is to living creatures, silicon is to the earth.

Beryls cannot exist without their signature element, beryllium. Most people aren’t very familiar with this metal, so here’s a brief introduction.With an atomic number of only 4, it is light, hard, brittle, and silvery white.

It is relatively rare. Only 1.5 parts per million of the earth’s upper crust is beryllium. There’s more beryllium in the earth than there is silver, but it’s more expensive and difﬁcult to extract from its ore.

Its melting point is 1285◦C and boiling point is 2780◦C. One weird thing about this element is that the speed of sound (about 12,500 meters per second) is greater in beryllium than in any other element. But the most wonderful thing about beryllium is that it makes emeralds.Beryllium remained a sort of laboratory curiosity until 1932, when James Chadwick (1891–1974) used it to prove the existence of the neutron.

Chadwick won the Nobel Prize for this achievement, although later he found out that a German, Hans Falkenhagen (1895–1971) had discovered neutrons at about the same time, but was too afraid to publish his results. (It takes courage to be a physicist.) Chadwick offered to share the Nobel Prize with him, but Falkenhagen refused, whether from modesty or from another reason is not really certain.

In Sanskrit, the emerald was sometimes called acmagarbhaja, which means sprung from the rock. This says it all. One of the reasons for the high price of emeralds is the difﬁculty of extracting them from this host rock.

This makes emeralds different from most other gems. Emeralds had more than a metaphorical use, however. The Egyptians also used to give their royal mummies a “papyrus scepter” or wand adorned with emeralds. The Goddess Isis herself is often depicted holding the papyrus scepter.

Because emeralds (and similar green stones) signified eternal youth, the Egyptian Book of the Dead instructed embalmers to place a green stone at the throat of every mummy to ensure that the “limbs of the soul” (which apparently occupy a different anatomical position than regular limbs) maintained a youthful strength during the mummy’s long journey through the underworld, and to protect it from harm.

The great god Thoth, who was depicted as a man with the head of a wading bird, was reputed to be in charge of emeralds. In fact, the Egyptian Book of the Dead claims that the ancient Egyptians received the gift of emerald from him. The Book of Revelation devotes some time to discussing a visionary, heavenly Jerusalem. Verse 21:19, describes the fourth wall of the city of heaven as an emerald one.

The secrets of the Emerald Tablet were reportedly handed down to Hermes Trismegistus. Others claim the said Hermes to be the author of the Tablet, not merely its receptor. For lovers of the mystical arts, what is so important about the Emerald Tablet is not that it’s this really enormous piece of emerald, but that it contains the secret formula for alchemy—the transformation of spirit and matter.

There are plenty of translations and copies of the Tablet, which most medieval alchemists kept hanging on the wall. But apparently some special element is missing from the translation, since the medieval alchemists just didn’t have any luck making lead into gold. Or perhaps they misunderstood what the text is really about. Or both.

For others, the Emerald Tablet’s true origins go back 10,000 years, although it was “put on display” in Heliopolis, Egypt, in 330 bce by Alexander the Great, who found it in the Libyan Desert. When Alexander departed from Egypt, he took the Tablet with him, and, before going on to conquer the rest of the world, hid it for safe keeping. Some proclaim that the old Egyptians buried it somewhere around or in the King’s Chamber of the Great Pyramid. In order to protect it from the enemies of occult knowledge.

One of the most famous versions of the Emerald Tablet has also survived in Latin (Tabula Smaragdina).

What is below is like what is above, and that which is above is like that which is below, for the performance of the miracles of the One Thing. And just as all things come from that One, through that One’s meditation, so all things in nature are adapted from It.

And there’s so much more …