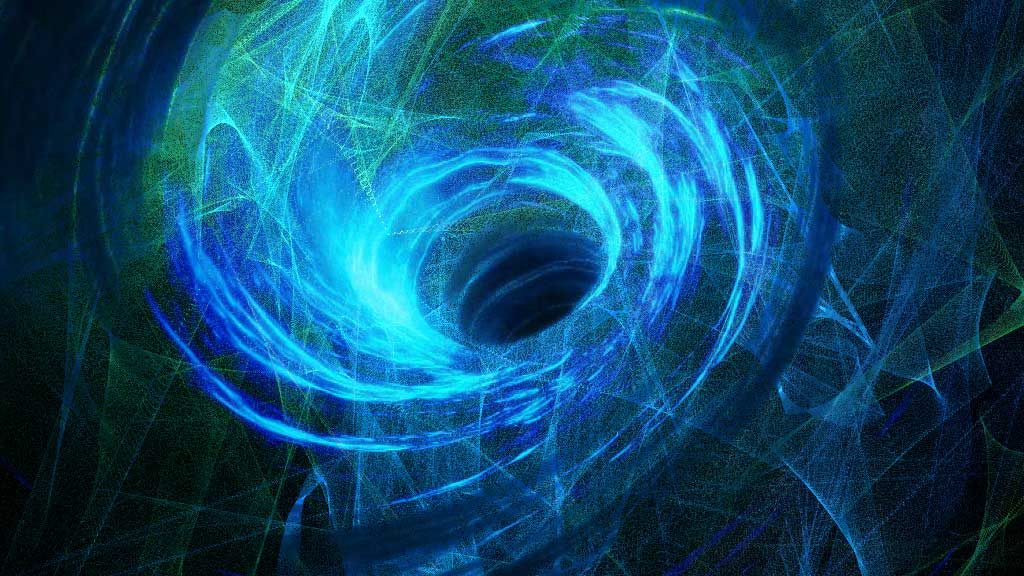 What is the essential nature of energy?

Nobody seems to have come up with a definitive answer

What is the essential nature of energy? Where do we begin to search for the answer to this age-old question? Surprisingly, despite all scientific investigation, nobody seems to have come up with a definitive answer! All we know of are the ways in which energy manifests itself. We can see that energy is involved in flowing water. We can see that energy is associated with creating clouds. Energy is active in an engine combusting petrol or gasoline. But what is it? What is its essence?

What is this sublime process that always seems intimately connected with motion? An honest physicist would answer, we don’t know. We might also ask a religious leader or a priest, What is spirit or the substance of spirit? While many propositions may be put forward, in the final analysis they may also be forced to admit their ultimate ignorance. It could be argued, however, that what is called energy by the scientist and spirit by the priest are essentially the same. Its origin, however, remains problematic. Since we cannot actually see energy, but only its outward manifestation, its origins may well lie in a reality beyond our senses.

Perhaps energy is the culmination of a desire to create, to afford every possibility for the gaining of new experience. While there are many extremely high energies of which science is aware and has actually measured, there are also forms of energy of which we are aware, but which defy all scientific quantification and measurement. These are too subtle and cannot be detected by even the most sophisticated scientific instruments.

Although it must recognize their existence, for scientists are also human beings, science cannot accurately measure various human energies such as thought, desire, love, enthusiasm, hatred, anger, etc., all of which are emanations from the human psyche and motivators for action. While science may be able to detect brain activity related to these phenomena, it cannot actually measure their intrinsic power, size, frequency or vibrational state, nor their true point of origin.

As immaterial forms of energy emanating from “other placeness” – the physical void – which Viktor Schauberger claims operate according to the law of anti-conservation of energy,   they   are   therefore   conveniently ignored.

This is because they do not conform to, nor are calculable  by  the  famous Friedrich Hasenöhrl – Einstein equation and its derivation,   the   law   of   conservation   of energy. As H.H. Price, Wyckham Professor of Logic at Oxford   (Hibbert   Journal,    1949) comments: We must conclude, I think, that there is no room for telepathy in a materialistic universe. Telepathy is something which ought not to happen at all, if the materialist theory were true. But it does happen. So there must be something seriously wrong with the materialist theory, however numerous and imposing the normal facts which support it may be.

Goethe too says of scientists: “Whatever you cannot calculate you do not think is real.” To place the matter in its proper perspective, Sir William Grove (1811-1896), Professor of Experimental Philosophy at the London Institution, states: “Science should have neither desires nor prejudices. Truth should be her sole aim.  He goes on to predict that  … that day is fast approaching when it will be confessed that the ‘forces’ we know of are but the phenomenal manifestations of realities we know nothing about, but which were known to the ancients and by them worshipped.

Viktor Schauberger often said, scientific thinking should take more account of higher metaphysical realms and is unaware of what he called the 4th and 5th dimensions. Since we still do not know what energy is and for the purposes of discussion, let’s take a closer look at a vortex as it represents a possible energy path. 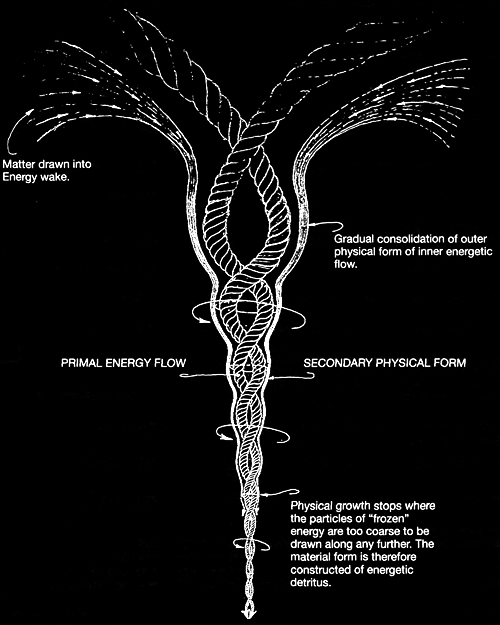 As the energy moves along its desired path, it draws matter into its wake and forms the vessel through which it wants to move. A river does exactly the same thing. The capillaries in our bodies likewise. The blood is the external manifestation of an energy path. What we see is the blood, but we do not see the energy that moves it. The blood is all that matter which is too coarse to be taken to the energy’s final destination. Energy therefore creates the form of the path through which it wants to move and along which it can move with the least resistance.

Energy as an emanation of will

If we desire to build a house, we certainly do not want one in which it is inconvenient to move about. We build it to suit ourselves and our way of living. As has been said earlier and in previous posts, all natural systems are evolved as a result of the pattern of energy, or the idea that sought to create them in the first place. Energy as an emanation of will. All this may reek of metaphysics, but it is difficult to express the notion otherwise.

Once the external form has been created, a point is reached where the matter used to create it is now too coarse to continue along the energetic path and is left behind. Viktor Schauberger often referred to this Earth as a huge dung-heap and said that all the matter, all the living things upon it, were only the fecal matter ejected by the various energies and their forms of movement, because they could not carry the material any further. In other words, whatever energies contribute to an increase in life-force are retained in immaterial form, while the remaining energetic material is expelled as waste, analogous to the daily defecation of human beings.

Everything we see around us, the trees, the flowers, all are the outside casing of the formative energy path. According to Viktor Schauberger, while the main body of a tree’s energy lies above it, the tree can only grow to a certain height, because the energies are only able to draw up the physical mass of the tree so far in their wake. It is now becoming more and more imperative that we understand how energy moves in order to create conditions similar to those achieved with double-helical pipes in the investigation carried out by Professor Franz Popel at the Stuttgart Institute of Hygiene in 1952 on Viktor Schauberger’s initiative.

Viktor Schauberger was convinced that future technology always should emulate the natural movement of energy and Nature’s systems of motion, growth and development. In her systems involving dynamic energetic processes, she always appears to select a spiral form of movement and its vortical derivatives, which are represented in both macrocosm e.g. a galaxy, and microcosm e.g. DNA molecule.

Nature’s workings could therefore be described not as ‘wheels within wheels’, but as ‘whorls within whorls’. It is all the more extraordinary,   therefore,  that despite  so much evidence of this vortical, cyclical, helical movement, which lies everywhere in Nature before our very eyes, science has never ascribed any fundamental importance to it or tried to copy it. Or let us put it blunt, all research from men like Viktor Schauberger and Otto Maier in Maier files are stolen suppresssed and put away from sight. See also Episode 5 of Maier Files …