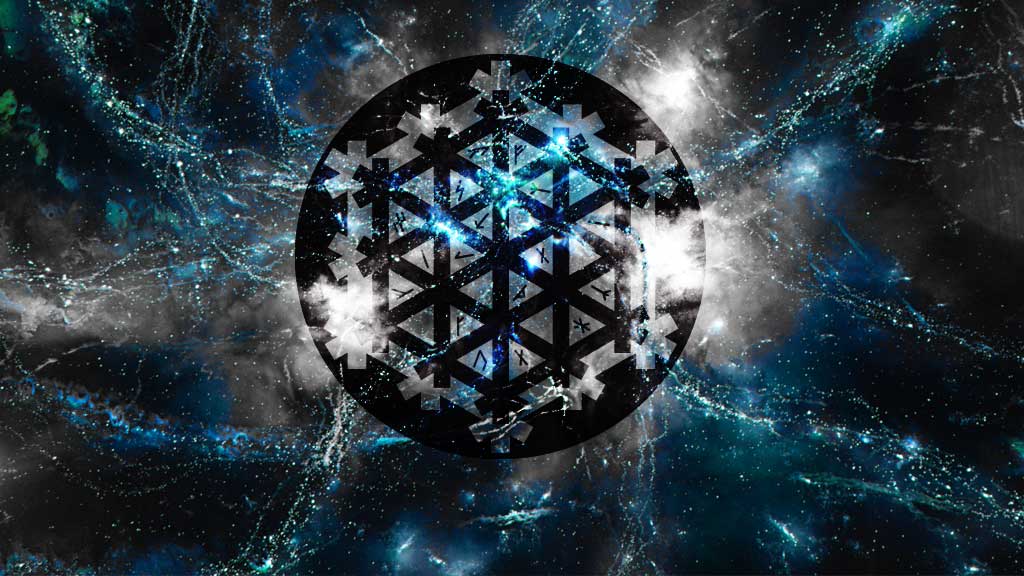 what if the past and time is flexible?

We take it for granted that the past is fixed and time is linear. History always happened the way we remember it happening. But how do we know for sure that that’s the case? Otto Maier started to work on a project called “Nornir” in the 30ties and 40ties. To understand project Nornir and its goals you need to step into a forgotten old Germanic worldview and its concepts about Time and Destiny …

Many “modern” people perceive the Norse spiritual cosmos as complex and awkward. But it’s not necessary to learn every detail to understand. Imagine in the center of the Norse spiritual cosmos an ash tree, Yggdrasil (pronounced “IG-druh-sill”; Old Norse Askr Yggdrasils), which grows out of the Well of Urd. The universe contains Nine Worlds which are held in the branches and roots of this tree. Our world of humans is one of the Nine worlds or dimensions and is called Midgard.

Yggdrasil means “the ash tree of the horse of Yggr.” Yggr means “The Terrible One,” and is an appellation of Odin. The horse of Odin is Sleipnir. This may seem like a confusing name for a tree, but it makes sense when one considers the tree as a means of transportation between the worlds. Think about it as symbol for a highway. This viewpoint is a common theme in Indogermanic shamanism. Odin rides Sleipnir up and down Yggdrasil’s trunk and through its branches on his frequent journeys throughout the Nine Worlds. The Well of Urd down at the roots of the tree is also known as the Well of Destiny. At the Well of Urd three maidens, the Norns, carve Runes in the tree.

In addition to the inhabitants of the Nine Worlds, several beings live in, on, or under the tree itself. When you look up to the top of the tree a powerful eagle perches in the upper branches. When you look down an amount of dragons or snakes, most notably Nidhogg, gnaw at the roots of the tree from below. Look up again and you see a squirrel, Ratatosk, who carries messages (presumably malicious ones) between Nidhogg and the eagle. Look aside and you see four deer, Dain, Dvalin, Duneyr, and Dyrathror, nibble the highest shoots.

Yggdrasil and the Well of Urd weren’t thought of as existing in a single physical location, but rather dwell within the invisible heart of anything and everything. Micro and Macro cosmos, something like so above so below kind of thing. Fundamentally, this image expresses the endemic Germanic perspective on the concepts of time and destiny. As Paul Bauschatz points out in his landmark study “The Well and the Tree: World and Time in Early Germanic Culture”, Yggdrasil and the Well of Urd correspond to the two tenses of Germanic languages.

The past and the present, even modern English, a Germanic language, still has only 2 tenses. Unlike Romance languages such as Spanish or French, for example, Germanic languages have no true future tense. Instead, they use certain verbs in the present tense to express something similar to futurity, such as “will” or “shall”. Rather than “futurity,” however, what these verbs express could more accurately be called “intention” or “necessity.”

Now imagine the Well of Urd as the past tense. It is the reservoir of completed or ongoing actions that nourish the tree and influence its growth. Yggdrasil, in turn, corresponds to the present tense, that which is being actualized here and now. What of intention and necessity, then? This is the water that permeates the image, flowing up from the well into the tree, dripping from the leaves of the tree as dew, and returning to the well, where it then seeps back up into the tree. Here, time is cyclical rather than linear.

The present returns to the past, where it retroactively changes the past. The new past, in turn, is reabsorbed into a new present, whose originality is an outgrowth of the give-and-take between the waters of the well and the the waters of the tree. This provides a framework within which we can understand the Germanic view of destiny. The residents of the Well of Urd, the Norns, design the earliest form of the destinies of all of the beings who live in the Nine Worlds of Yggdrasil, from humans to slugs to gods to giants.

In contrast to the Greek concept of fate, however, all beings who are subject to destiny have some degree of agency in shaping their own destiny and the destinies of others – this is the dew that falls back into the well from the branches of the tree, accordingly reshaping the past and its influence upon the present. All beings do this passively; those who practice magic do it actively.

When we consider the aspects of time and destiny together, we arrive at a fascinating and compelling model of the process of creation itself. While Norse mythology does contain a tale that can be considered a creation narrative, that tale only tells of the initial shaping of the cosmos. In the image of Yggdrasil and the Well of Urd, we find a continuation of this tale. Creation is an ongoing process in which everything, from a goddess to a speck of dirt, participates.

Aletheia is truth or disclosure in philosophy

In the well-known present day, re-shaped “Christian” model of creation, one being (God) made the world all by himself in a single act that occurred at some specific point in the past. As a result, all beings are nothing more than his “Creation,” defined and determined by his omnipotent will. By contrast, the Germanic model implicitly claims that we are all created creators, carrying forward the world’s ceaseless reinvention of itself and the past nor the future are determined or fixed!

Do you know what time it is?