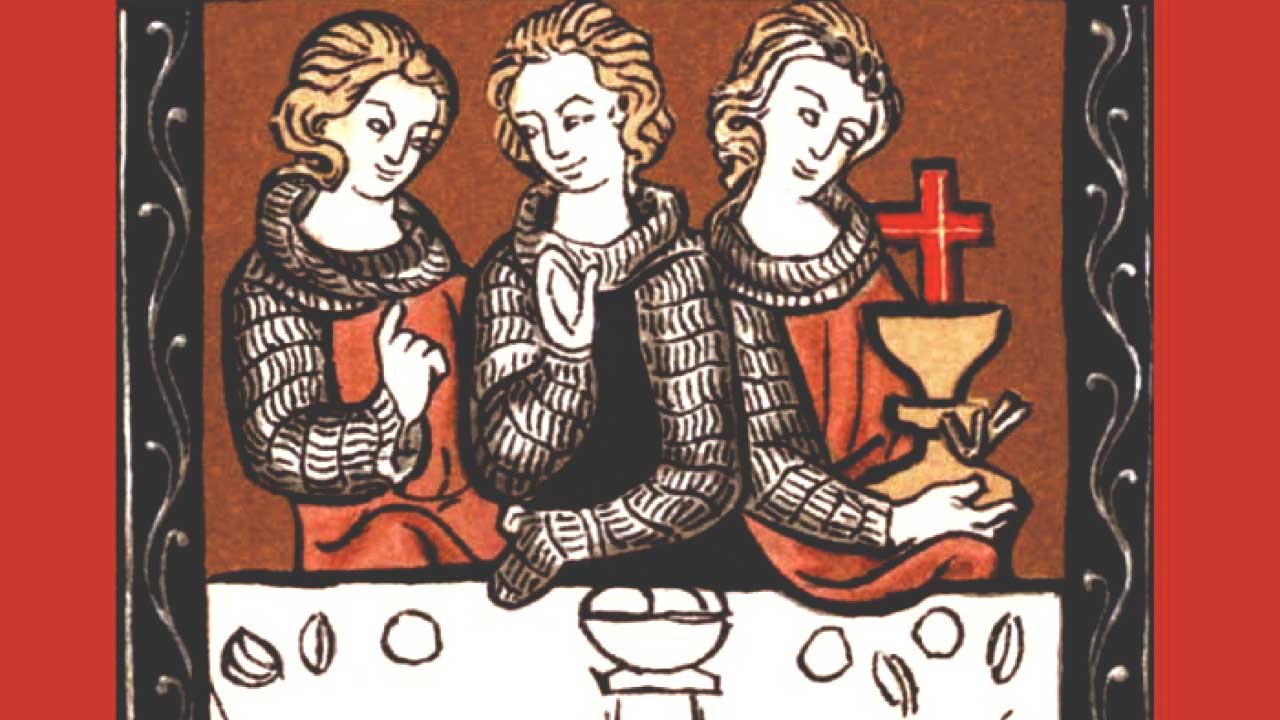 The Enduring Legend of the Holy Grail 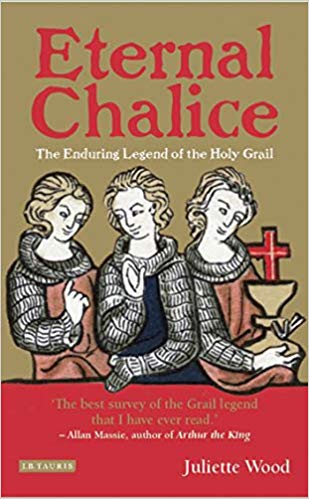 The story of the Holy Grail is a rich and complex narrative set in the context of Arthurian tradition and the medieval world of knighthood and chivalry. These romances reflected the lifestyle and aspirations of an elite, the men and women who dominated the feudal world. The narratives produced during this relatively brief period have a universal appeal, and subsequent readers have interpreted them in different ways. Whatever conclusions, they are all rooted in the texts of the medieval romances.

It can be something of a surprise to readers new to the Grail story, that medieval romances describe the Grail and the adventures of the knights in so many different ways. About a dozen romances include material about the Grail. And these have come to be regarded as a special class of fiction. However, no consistent ‘Grail story’ ever emerges from these romances, and the Grail episode is not always the main plot line.

Chrétien de Troyes’s French romance written about 1180 is the earliest literary work to mention it. All subsequent romances which incorporate Grail material are based to some extent on Chrétien’s tale. Even this apparently clear starting point can be deceptive. The romances never formed an orderly cycle with one taking up where the other left off. The dates of composition overlap, and it is not possible to establish a clear timeline.

Material was borrowed and new themes introduced. Some romances are fragmentary or exist only as prose redactions of the original poetry, while sections, and even whole romances, have been lost. Some writers probably could not read Chrétien’s original French poetry. And many writers would not have had access to all the available sources. The idea of a body of work about an object called the Grail is a recent one. It is only with modern editions that scholars have had access to all the romances and are able to understand the ways in which they relate to one another.

The most influential modern Grail legend began as a trio of documentaries on British television. The writer and researcher Henry Lincoln presented these with considerable panache. The book that followed, The Holy Blood and the Holy Grail (published in America as Holy Blood Holy Grail), became an immediate bestseller.

Several updates and sequels appeared, and the book became news again when two of the authors brought an action for alleged copyright infringement. The influence of Holy Blood Holy Grail on the historical conspiracy genre has been immense. Just as crucially it has influenced fiction, notably Dan Brown’s Da Vinci Code, and the sophisticated satire of Umberto Eco’s Foucault’s Pendulum. The main argument is that the Grail of the medieval romances, the sangreal, is in reality a misunderstanding of the phrase sang real or royal (holy) blood; and that therefore the Holy Grail is a person not a physical object.

The heir to this sacred bloodline is a descendant of Jesus Christ and his wife, Mary Magdalene, who married into a noble family, the Merovingians, the first Christian dynasty to rule France. Mainstream Christianity attempted to suppress the hereditary cult represented by the descendants of Christ and the Magdalene in order to maintain the apostolic succession of St Peter. However, at the time of the Crusades, a secret organization known as the Priory of Sion was founded in order to protect the divine bloodline, and the Order of the Knights Templar was created as the military and financial wing of the Priory, and the medieval Cathars were also privy to this secret.

Before the fall of the Cathar stronghold of Montségur, they smuggled out a mysterious treasure, variously described as the Grail, the Grail heir and/or the Gnostic Gospels. After the suppression of the Cathars and Templars, the Priory allied itself with Freemasons and Rosicrucians. Its aim is the restoration of the Merovingian descendants of Christ and the Magdalene to rule a utopian European superstate.

This was, to say the least, a startling thesis. The authors based their extraordinary claims on a local history story about a treasure found by a nineteenth-century French priest, Bérenger Saunière, at Rennes-le-Château, a small town in southern France. According to this story, the priest found documents in an ancient column in his church.

The information they contained was so explosive that the authorities bought his silence. When the authors decoded this material, it led them to someone who claimed to be the last Merovingian heir.

The thesis is considerably less shocking and original than it first seems, being an imaginative synthesis of popular ideas about conspiracy, a secret theocracy and the destiny of mankind.

The ideas have been attached to groups as diverse as the Illuminati of eighteenthcentury Bavaria and the theosophical movements that became so influential in Britain and America at the end of the nineteenth century.

The religion of the modern Grail legend is essentially a theosophical one in which events are never random; all that is lacking is the key to understanding their pattern, and, once the occult meaning of history is understood, the human race will be able to achieve its noble destiny. Various groups, such as the Templars, the Cathars and the troubadours of medieval Provence, practised this doctrine and were targeted by Church and State authorities.

The beliefs of this secret religion always coincided to a marked degree with the fashionable anti-establishment attitudes of the day. By the middle of the twentieth century, these ideas had become entangled in Wagnerian fantasies with somewhat unfortunate Aryan overtones and with speculations about Atlantis and extraterrestrials. This was also the period when modern Wicca myths about the survival of Neolithic religion were developing.

At the core of Holy Blood Holy Grail is an institution called the Priory of Sion created in France in the middle of the twentieth, not the twelfth, century. What is interesting about this secret conspiracy legend is that it took speculative ideas about the alleged activities of Cathars, Templars and troubadours, which had originally been localized in France, and, in effect, repatriated them.

This strong local context added considerably to the attractiveness of the core on which the Holy Blood Holy Grail books were built.

Mary Magdalene and the children of Christ were not in the original Priory material, and here the authors incorporated modern research, much of it highly speculative, which questioned the historical accuracy of the Bible.

The Mary Magdalene element has developed beyond the parameters of the original Holy Blood Holy Grail books and has been absorbed into a search for ancient goddesses, which is part of a wider movement to restore the sacred feminine aspect of religion…