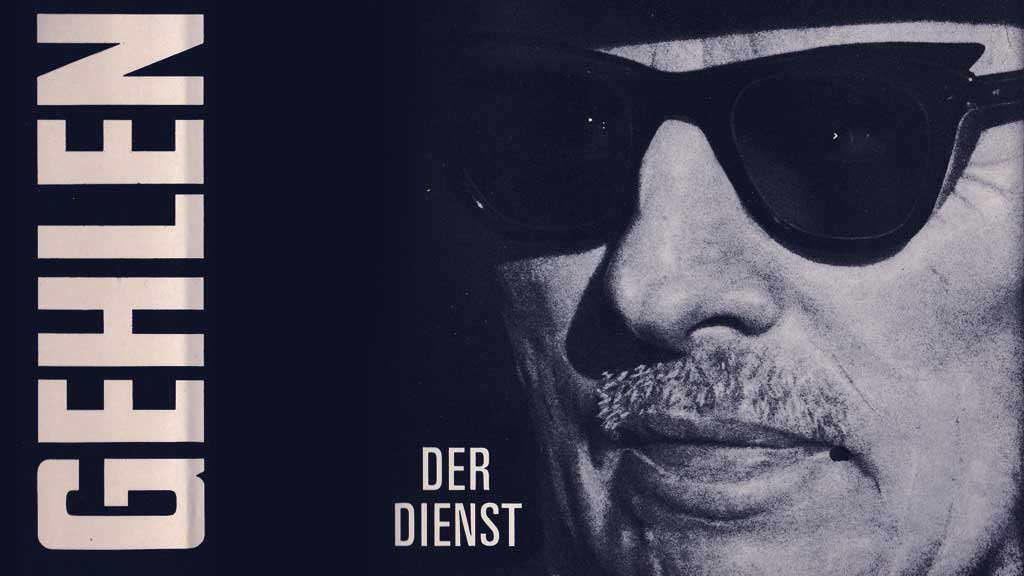 Now it can be told - Reinhard Gehlen

A backstory on Reinhard Gehlen and the fear of his “Now it can be told”-book
Reinhard Gehlen, founder and head of Germany’s Bundesnachrichtendienst or BND, the Federal intelligence service in the days of the cold war, has enjoyed a publicity remarkable for one who, ostensibly (not to say ostentatiously), has fled the limelight. For in the days of his power he always moved in the shadows. He invariably wore dark glasses and a low hat that concealed his face. Gehlen always approached and left his office by the back door.

He allowed false photographs of himself to circulate. And yet, in spite of all these precautions, he has evidently failed in his ambition of anonymity. In his own account of his work, he dwells with apparent envy on the methods of the British secret service, whose reigning head is never known to the public or named in the press. Could this, he asks, happen with us in Germany?

Perhaps not, we may reply, certainly not if the head of the German secret service boasts of his contact with the media; if he seeks to use the press as an ally, or a weapon, in the internal politics of his department; if he allows his organisation to be known by his name; and if, in the end, he publishes his memoirs. Gehlen himself said that this publicity has been forced upon him.

It was Sefton Delmer’s article in the Daily Express of 17 March 1952, he says, which, by unleashing a “flood of further publications”, dragged him into the daylight. Delmer who ran during the war, the Psychological Warfare Executive (PWE) involved in ‘black’ propaganda. See another post on the English secret services.

Gehlen is certainly a very controversial man; but he is also, it must be admitted, a remarkable man. Apart from anything else, he is remarkable for his power to survive. When his name first came to notice during the war, he was head of Fremde Heere Ost.  He had held this position since the spring of 1942: the failure of the first offensive against the Soviets had been fatal to his predecessor, whose intelligence reports had been almost invariably wrong. In 1944 it looked as if it would be Gehlen’s turn to go.

Hitler then decided that the whole Abwehr had failed. He dismissed its chief, Admiral Canaris, and ordered Himmler to create a new unified service under the control of the SS. In the following months, heads rolled throughout the old Abwehr and the SS took over the amputated fragments of its body. But Gehlen somehow survived. This was the first of his survivals. It is true Gehlen was once dismissed; but that dismissal proved a great asset to him.

It came three weeks before the end of the war, the outcome of one of Hitler’s rages.  It had no practical effect except to provide Gehlen with a small drop of anti-“Nazi” virtue, which he afterwards greatly increased and used to lubricate his next, and most difficult, act of survival: his transformation from Hitler’s and Himmler’s chief intelligence officer in the East into the Central European expert of the American CIA and, afterwards, the head of the secret service of the Federal Republic of Germany.

After the war; at any rate, saint or sinner, Gehlen delivered. His successes on behalf of America were important. Like  the fascinating and suspenseful stories of how Gehlen’s agents discovered that the Soviets had perfected their first jet fighter, the MIG-15, and how they were the first to learn of Russian plans to remilitarize East Germany in 1949—long before West German politicians had thought of any such thing. Also in the Czech crisis in 1968 the work of the BND was outstanding …

Publishing Gehlen’s memoirs was a world-wide sensation; there was general suspense; fears of political revelations were in the air. On Sunday 5 September 1971 the New York Times announced that Reinhard Gehlen, the former legendary German spy-king, had written his memoirs and that they would be published shortly.

The world’s secretservice men pricked up their ears, and everyone interested in politics, whether historians or not, waited impatiently for the views and revelations of one of the most mysterious figures of the last thirty years. Many politicians of the Social-Democrat/Liberal coalition in Bonn, tenaciously pursuing their Eastern policy, were agitated by the announcement of Gehlen’s “Now it can be told” book.

Alongside Franz-Josef Strauss, Axel Springer and Baron Guttenberg, Reinhard Gehlen was one of the West German anti-communists par excellence. Would he try to mobilise the people, and therefore the 1973 electors, against the new policy of rapprochement to the DDR? Rumour ran rife. Gehlen, generally thought to be an almost omniscient expert in German and international politics, was about to “spill the beans”.

The great tight-lipped man and his BND would expose Social-Democrats like Gustav Heinemann (founder of the Gesamtdeutsche Volkspartei) and Egon Bahr as “Trojan horses” of the Kremlin.  Horst Ehmke, Minister in the Federal Chancellery with overall authority over the BND, sent Gehlen a personal letter reminding him that even a retired head of the BND was still bound by the security regulations governing state. Nevertheless it’s still an interesting read for anyone drawn into a dangerous shadow world where nothing is what it seems, even when you know that the true secrets aren’t really exposed …