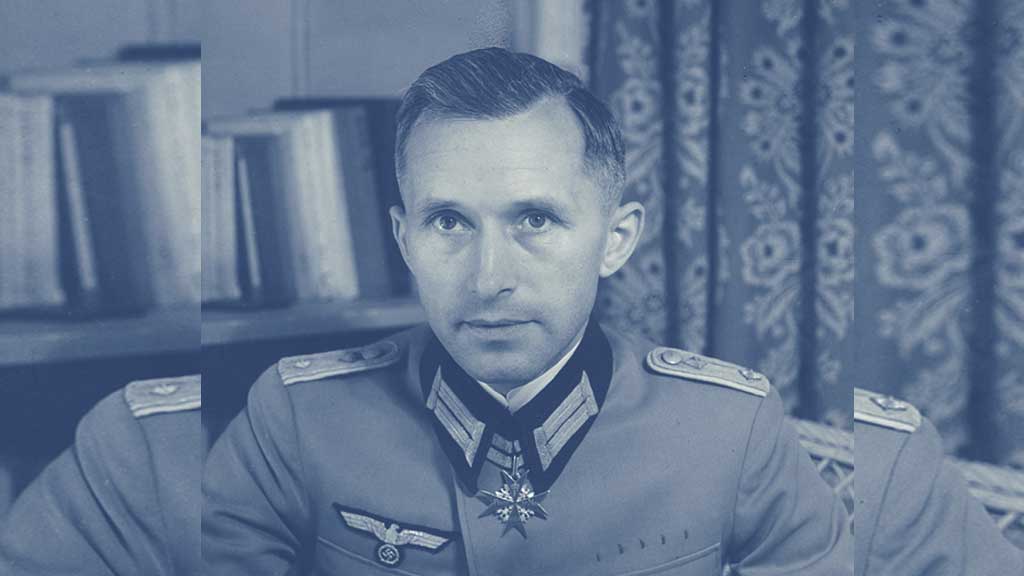 3
Home
Books
Memories bear traits of an inverse causality. The world, as an effect, resembles a tree with a thousand branches, but as memory it leads downwards into the tangled network of the roots. When I confront memories, it often seems like gathering a bundle of seaweed from the ocean—the tiny bit visible from afar, when slowly dragged up into the light, reveals an extensive system of filaments.
—Ernst Jünger, A German Officer in Occupied Paris, 5 July 1942

English-speaking readers who seek access to Ernst Jünger’s works have a long tradition of translations to explore. Over a dozen of his titles have appeared in English since 1929.

In Stahlgewittern (Storm of Steel), his World War I memoir and probably his most famous book, has been translated twice into English and received serious attention from readers and critics alike.

Four of Jünger’s six World War II journals first appeared in German in 1949 collected under the title Strahlungen, which is roughly equivalent to the English for “rays, “beams,” (of light), “radiations,” or “emanations.”

In his original preface Jünger explains the concept behind this title as the combination of themes that radiate across historical events to illuminate the mind of the observer like waves of light and dark patterns fluctuating with the extremes of existence.

To the dark sphere belong the horrors of war and destruction; the realm of light encompasses moments of love, family, nature, and art to uplift and guide us.

Jünger imagined his journals capturing such emanations and reflecting them back to the reader. He conceived of this interplay as a decidedly moral—not to say metaphysical—dynamic that epitomizes the function of art, which conveys a lesson couched in words and parables that challenge the reader to fathom through careful, disciplined reading. 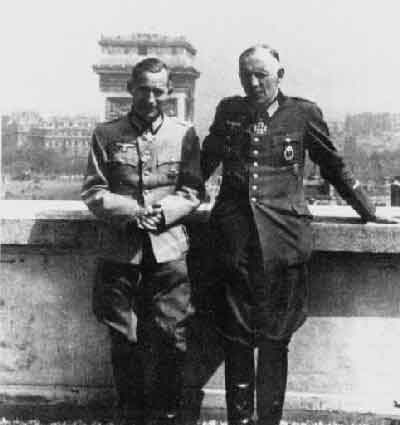 Ernst Jünger’s journals are remarkable for several reasons, but chiefly because he was an articulate observer of life and nature whose diaries record three historical areas of experience. The first of these is at the personal and cultural core of the two separate Paris journals, which detail his interaction with the French people, particularly writers, artists, and other figures who attached themselves to the German cause during the occupation.

Those entries document his genuine Francophile excitement at the beauties and secrets of the city as well as his lightly disguised romantic affairs during this tour of duty. We also watch him interacting with his comrades, other officers who are carrying out their administrative duties and frequently discussing political opinions with him. Such material is, in fact, most revealing when it places him on the fringe of the group of Wehrmacht conspirators plotting to assassinate Hitler.

The second area of historical importance comprises first-hand experiences from Jünger’s interlude on the eastern front. His brief tour of duty covered in Notes from the Caucasus describes a risky posting in hostile, mountainous territory at the moment when German forces are beginning their retreat in the face of the Russian victory at Stalingrad.

The third area of historical and human interest covered in these journals records what it was like to experience the allied bombings of German cities, particularly of Hannover and its outlying villages. He had spent his childhood in Hannover and in 1939 moved back to the region, settling in the village of Kirchhorst, fifteen kilometers to the northeast of the city.

He had witnessed aerial bombing raids on Paris from the spring of 1943 onwards, but always from a safe distance. After the German retreat from Paris, he reaches Kirchhorst in September 1944 where he is no longer the detached observer enjoying a position of power and capable of finding appealing traces of grandeur in carnage. Rather, he is a reduced to the role of threatened civilian struggling to protect his family and several refugees as they prepare for the inevitable capitulation.

In addition to documenting topical events, Jünger’s journals also record the inner life of the man. He was a voracious reader, a prolific writer, a passionate entomologist, and a thinker given to mystical speculation who also suffered occasionally from depression.

As a result, these journals are filled with notes on reading that record his subjective responses to French, Russian, English, and American writers, both classical and contemporary.

They chronicle his musings and his intellectual growth—and closely related—his avid book collecting activity among the antiquarian booksellers of Paris. As he reads, he frequently takes issue with the thought processes of the writers who fascinate him. These often stimulate his personal brand of mysticism regarding the nature of the cosmos and the relationship of man to God.

These wartime journals, giving us fresh insight into the quandaries of the twentieth century from the keen pen of a paradoxical observer!