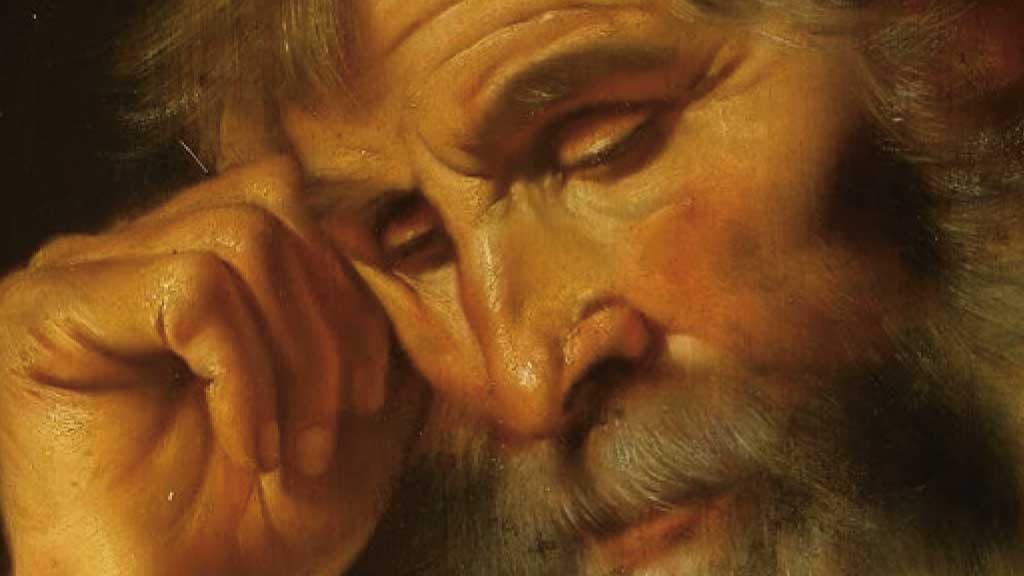 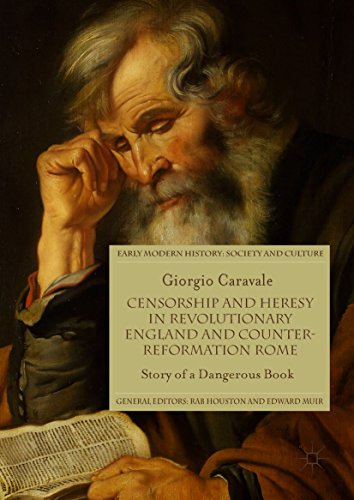 Censorship and Heresy in Revolutionary England and Counter-Reformation Rome: Story of a Dangerous Book
Available at Amazon

On the morning of Wednesday 8 March 1647, the Presbyterian theologian Francis Cheynell, an influential member of the Westminster Assembly of Divines—an institution appointed by the Long Parliament to restructure the Church of England—appeared before his colleagues to read out a report that censured a book entitled Satan’s Stratagems, which had been published almost a century before (in 1565) by an Italian exile named Jacob Acontius.

A few years later, on 21 April 1654, many miles away from Westminster Abbey in the secret rooms of the Vatican palaces, the cardinals in the Congregation of the Index ordered one of their consultors to examine the same book—which had recently been republished in Amsterdam (1652)—and draft a detailed censure. In this way, in the mid-seventeenth century, Revolutionary England and Counter-Reformation Rome both focused on the same author with censorial and repressive intent.

All this happened almost a century after the work had first been published and its author had first been censured. What was hidden behind the intriguing title exalting Satan’s Stratagems? What was so redoubtable that it triggered the censorial mechanisms in two countries long lined up on opposing fronts? Why did a book published almost a century before still constitute a threat to these opposite extremes of seventeenth-century Europe?

Little is known about the life of Jacob Acontius, not even his exact date of birth. He was born in Trent or Ossana, probably in around 1520, studied law and was admitted to the College of Notaries in Trent in February 1546, after having practised the profession since at least 1540.1 A couple of years later, in June 1548, the course of his life changed when he met Archduke Maximilian, son of Emperor Ferdinand I, who stayed at Trent on his way to Spain.

Although the meagre documentary sources—a legal act signed by the young notary in the presence of the future Emperor—suggest that this was probably a fleeting encounter, it had significant repercussions. When the then King of Bohemia returned from Spain, exactly three years later, he stopped in Trent once again. It is highly likely that he met Acontius for the second time on this occasion and persuaded him to travel to Vienna, an invitation to the court that soon turned into a permanent stay lasting over 4 years. Acontius was probably referring to this stay in Vienna when he mentioned ‘many years of my life spent at court’ in a letter to a friend some time later.

Acontius published Satan’s Stratagems in the sixteenth century, at a decisive turning point in the history of religion. It was during this period—between 1548 and 1556—that he nurtured the decision to leave the Catholic fold for the Reformed camp. However, it is difficult to establish the times and stages of this transition without more certain documentation. For example, it is not clear whether Acontius made his choice during his time in Trent—in which case his decision to follow Maximilian to Vienna would be seen as a result of this early conversion—or subsequently, during his long spell at the Archduke’s court in Vienna. It is possible—even probable—that the heated religious turmoil that characterized life in Trent from the early 1540s onwards made an impression on the inquisitive young notary.

While Acontius’s masterpiece was soon added to the Index in Catholic countries, it was not subjected to Anglican censure owing to the protection granted by Queen Elizabeth I and the more tolerant climate in England at the time. Or to be precise, it was not censured at the time of publication.

More than eighty years passed before Satan’s Stratagems was examined by a Presbyterian censor. Acontius’s work is part of a long tradition of heretical writings that were censured by Catholics and Protestants alike. For example, the sensational case of the arrest and burning at the stake of the anti-Trinitarian Michael Servetus saw the Roman Inquisition collaborate with the local authorities in Geneva in 1553. This confirmed the convergence of objectives between the repressive institutions of both religions, which had already emerged two years before in the case of the heretic Giorgio Siculo (who was burned at the stake in Ferrara in 1551).

Story of a Dangerous Book

Giorgio Caravale’s book features an attempt to read Jacob Acontius’s masterpiece in the light of the most recent historiographical knowledge, but above all in view of the reconstruction of his biographical and intellectual journey, which did not always follow a linear course.

This detailed analysis of Satan’s Stratagems will allow us to understand the reasons for its extraordinary success in the publishing world in seventeenth-century Europe, with particular reference to England. It was here that the book acquired its biggest following and, perhaps inevitably, its fiercest detractors: in the middle of the English Civil War, Satan’s Stratagems played a central role in religious and political debate and was used by supporters and opponents of the revolutionary ideals as a blunt weapon to corner their opponents.

The 1647 censure by the Presbyterian Francis Cheynell and his committee of theologians did not have any dramatic impact on the fortunes of the work, as it came at a time when the repressive mechanisms had lost much of their effectiveness. In fact, the book was promptly and repeatedly reprinted over the following years until the change in the political climate in the mid-1650s removed any leeway for new publishing projects.

In the meantime, a Latin edition of Satan’s Stratagems, published in Amsterdam in 1652, had somehow reached the desks of the Congregation of the Index, the Roman body founded in the 1570s that challenged the Holy Office for the right to intervene on matters of book censorship.

Equipped with some decidedly dated controversialist instruments, at the beginning of the seventeenth century the Congregation of the Index first tried to extend its sphere of influence to Catholic countries outside the jurisdiction of the Italian peninsula. However, by the 1650s its scope had become limited to ordinary administration, dealing on a case-by-case basis with texts that were—sometimes randomly—signalled by its team of consultors, a zealous reader or the impromptu emergence of a suspect case.

The censure of Satan’s Stratagems, written in the mid-seventeenth century by the Jesuit theologian Girolamo Savignano, gave the Roman cardinals the opportunity to reconfirm a condemnation officially formulated at the end of the previous century.

Giorgio Caravale casts new light on the reasons why both Catholics and Protestants welcomed this work as one of the most threatening attacks to their religious power.