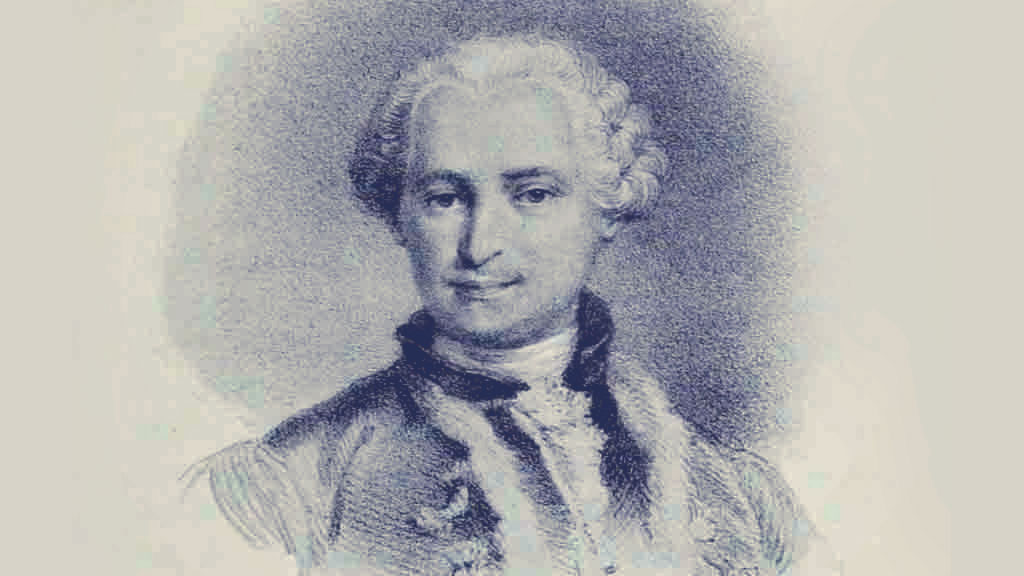 The Comte de St. Germain: The Secret of Kings

The man who could not die 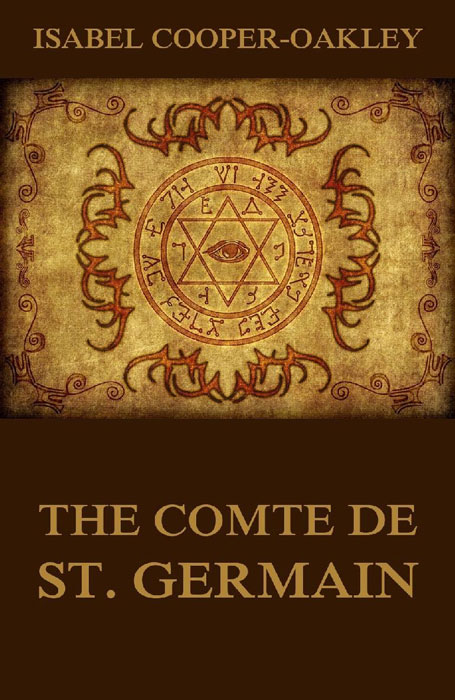 The Comte de St. Germain: The Secret of Kings
Available at Amazon

The Count St. Germain, the original ‘International Man of Mystery! Frederick the Great (1712–1786) of Prussia called the Count of St. Germain the man who could not die, for as stated by the count, he had already survived more than 2000 years by partaking of his discovery of a regenerative fluid that might extend human life endlessly.

St. Germain charmed the courts of Europe in the eighteenth century. He would allude to an enjoyable chat with the Queen of Sheba and convey amusing anecdotes of Babylonian court gossip.

He would speak with reverence of the miraculous event that he had observed at the marriage feast at Cana when the young rabbi Jesus  turned water into wine.

M. de St. Germain appears to have been very highly educated. According to Carl von Weber, “he spoke German, English, Italian, Portuguese and Spanish very well, and French with a Piedmontese accent.”

It was almost universally accorded that he had a charming grace and courtliness of manner. He displayed, moreover, in society, a great variety of gifts, played several musical instruments excellently, and sometimes showed facilities and powers which bordered on the mysterious and incomprehensible.

In France M. de Saint Germain appears to have been under the personal care, and enjoying the affection of Louis XV., who repeatedly declared that he would not tolerate any mockery of the Count, who was of high birth. It was this affection and protection that caused the Prime Minister, the Duc de Choiseul, to become a bitter enemy of the mystic, although he was at one time friendly to him, since the Baron de Gleichen in his memoirs says: “M. de St. Germain frequented the house of M. de Choiseul, and was well received there.”

The same writer, who later became one of his devoted students, testifies to the fact that M. de St. Germain ate no meat, drank no wine, and lived according to a strict regime. Louis XV. gave him a suite of rooms in the royal Chateau de Chambord, and he constantly spent whole evenings at Versailles with the King and the royal family.

Who was the Count St. Germain and what was his true place of origin?

The mystery has never been solved, and he remains one of history’s most intriguing enigmas. Some scholars have conjected that the man was a clever spy on a top secret mission who had intentionally shrouded his past with mystery. Why, these scholars ask, would the skeptical Prussian King Frederick promote this kind of fabulous tales of the count unless of course he had some reason to do so?

The Count St. Germain seems to betray himself as a diplomat with his amazing knowledge of the political past. Having acquired access to secret court files, he could have studied European history meticulously and with earnest purpose.

His wide range of claimed artistic abilities may have been amateurish, but wildly exaggerated by those who would stand to gain by the count’s missions. As a result of tales told about him and his peculiar habits (his vegetarianism meant he declined dinner invitations—even from King Louis XV—and so he was thought not to require refreshment!) his interest in longevity, his peacemaking moves on behalf of the French government, and his general brilliance and philosophical acuity—all combined to give him the luster of a Great Adept and rendered it certain that one such as he would enter the annals of legend.

Son of Rakoczy II of Transylvania

Old records indicate that Count St. Germain died in the arms of two chambermaids at the court of the Landgrave of Hessen-Cassel.

He was buried in the Nicolaikirche in Eckernförde on February 22, 1784, having been supported in a very friendly manner by Freemason, and supporter of Hans Heinrich von Ecker und Eckhoffen, Landgraf Carl von Hessen-Kassel. According to the landgrave’s memoirs (Mémoirs de mon temps, 1861), Count St. Germain was the son of Rakoczy II of Transylvania. St. Germain used a variety of names and titles, an accepted practice amongst royalty and nobility at the time.

These include the Marquis de Montferrat, Comte Bellamarre, Chevalier Schoening, Count Weldon, Comte Soltikoff, Graf Tzarogy and Prinz Rakoczy of Transylvania. But despite his supposed death, there are many documented occasions of the reappearance of the count!

The Initiatory Path in Fairy Tales

Many assume that he only feigned death, just as he had done many times before, so that he could continue drinking of his elixir of life and observing world events from a more quiet viewpoint. After the fall of the Bastille in July 1789, Marie Antoinette been sent a letter of warning that was allegedly signed by the Count of Saint-Germain.

Madame Adhemar, Marie Antoinette’s confident, held a rendezvous with the count in a chapel. Count St. Germain, then apparently dead for five years, informed her that he had done whatever he could to stop the Revolution, but that the great magician Cagliostro, had taken control of the events.

It was further said that the Count of Saint-Germain showed himself a number of times during the French Revolution. He was said to have been identified frequently near the guillotine, sadly shaking his head at the bloody work caused by his pupil, Cagliostro.

The bloating of the legend was further exacerbated by the interest in him shown by the omnivorous, if fussy, matriarch of the Theosophical Society, Madame Blavatsky (1831–1891), and other leading members of her influential society, of which Rudolf Steiner was himself a member.

Even today, still many believe the Count of Saint-Germain still lives, periodically feigning death in whatever guise he continues to walk the earth, so that he might on occasion offer his counsel to those men and women in high political places.

Isn’t this weird or what?