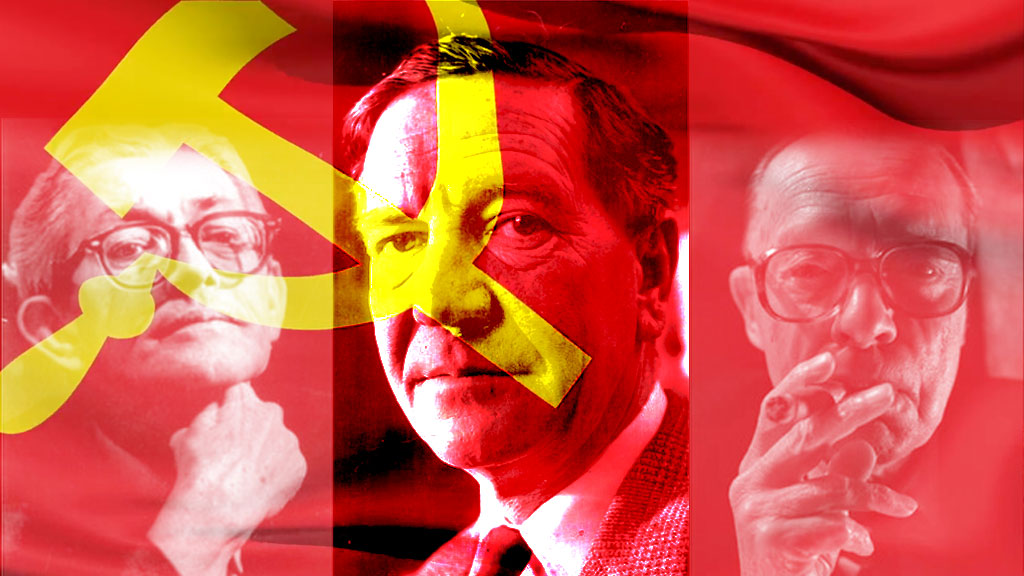 Kim Philby, a spy among friends

‘If I had to choose between betraying my country and betraying my friends, I hope I should have the guts to betray my country. Such a choice may scandalise the modern reader, and he may stretch out his patriotic hand to the telephone at once and ring up the police. It would not have shocked Dante, though. Dante places Brutus and Cassius in the lowest circle of Hell because they had chosen to betray their friend Julius Caesar rather than their country Rome.’ —E. M. Forster, 1938

The greatest spy in history

Kim Philby was the greatest spy in history, a brilliant and charming man who rose to head Britain’s counterintelligence against the Soviet Union during the height of the Cold War—while he was secretly working for the enemy. And nobody thought he knew Philby like Nicholas Elliott, Philby’s best friend and fellow officer in MI6. The two men had gone to the same schools, belonged to the same exclusive clubs, grown close through the crucible of wartime intelligence work and long nights of drink and revelry. It was madness for one to think the other might be a communist spy, bent on subverting Western values and the power of the free world.

But Philby was secretly betraying his friend. Every word Elliott breathed to Philby was transmitted back to Moscow—and not just Elliott’s words, for in America, Philby had made another powerful friend: James Jesus Angleton, the crafty, paranoid head of CIA counterintelligence.

Angleton’s and Elliott’s unwitting disclosures helped Philby sink almost every important Anglo-American spy operation for twenty years, leading countless operatives to their doom. Even as the web of suspicion closed around him, and Philby was driven to greater lies to protect his cover, his two friends never abandoned him—until it was too late.

The stunning truth of his betrayal would have devastating consequences on the two men who thought they knew him best, and on the intelligence services he left crippled in his wake.

There is a voluminous literature on Kim Philby, including the invaluable pioneering work of writers such as Patrick Seale, Phillip Knightley, Tom Bower, Anthony Cave Brown and Genrikh Borovik. But to many readers, Philby remains opaque, like the Cold War itself, often alluded to but little understood.

A spy among Friends

This is not another biography of Kim Philby. Rather, it is an attempt to describe a particular sort of friendship that played an important role in history, told in the form of a narrative. It is less about politics, ideology and accountability than personality, character, and a very British relationship that has never been explored before.

Since the MI6, CIA and KGB files remain closed, much source material is secondary: the evidence of third parties, often expressed in retrospect. Spies are particularly skilled at mis-remembering the past, and the protagonists in this story are all guilty, to some extent, of distorting their own histories. Many of the ‘facts’ about the Philby case are still hotly disputed, and theories, conspiratorial and otherwise, abound.

Until and unless the official files are released in their entirety, a degree of mystery will always be attached to these events.  A Spy Among Friends is a high-water mark in Cold War history telling. This book does not purport to be the last word on Kim Philby. Instead, it seeks to tell his story in a different way. Through the prism of personal friendship, and perhaps arrive at a new understanding of the most remarkable spy of modern times. A very good read!