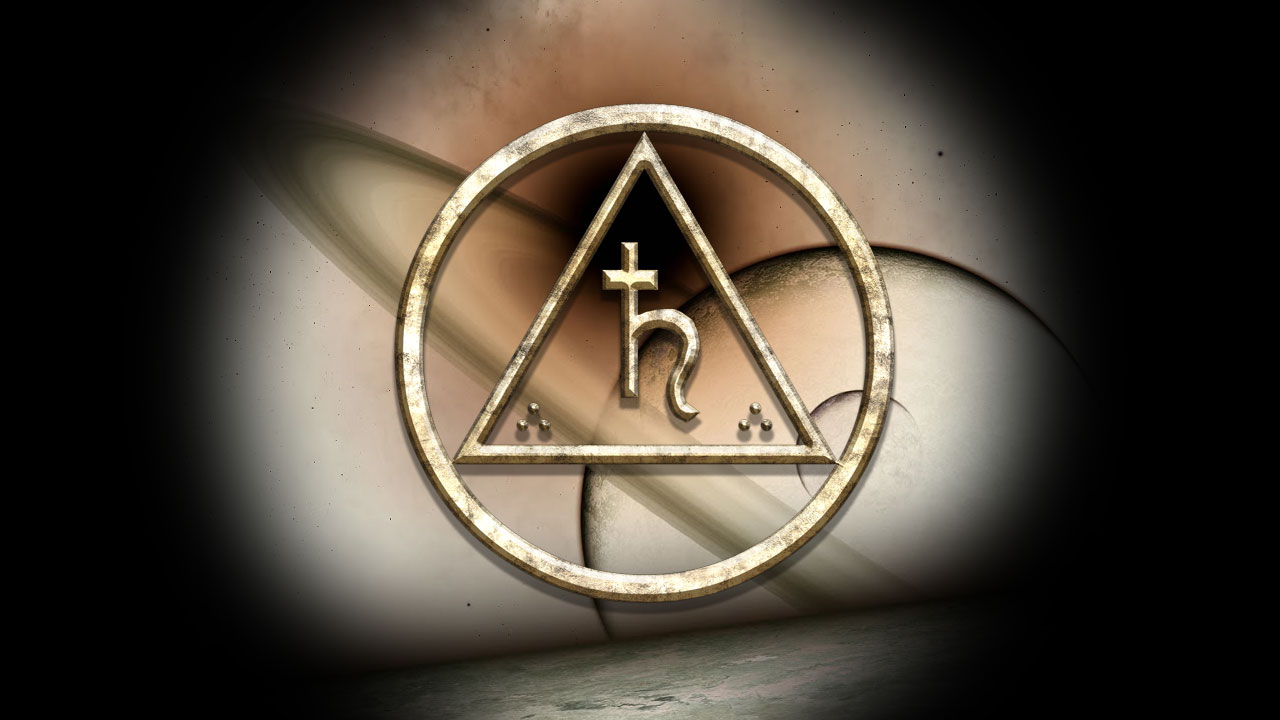 A study by Stephen Edred Flowers 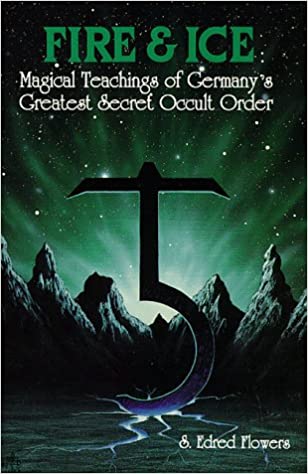 The hidden teachings and practices of German occultism have long held a strong fascination for the poet as well as the historian. The largest German secret lodge—the Fraternitas Saturni, or the Brotherhood of Saturn—revealed neither its membership, its inner teachings, nor its rites. Still the most active and important magical society in Germany today, the FS has been the object of speculation, suspicion, and suppression. It is only through a chance occurrence that the inner documents of this order were published in Germany. The book “Fire & Ice: Magical Teachings of Germany’s Greatest Secret Occult Order” is the first comprehensive interpretive study of these documents and of the inner workings of the Fraternitas Saturni which they reveal.

The book Fire and Ice throws a unique light on one of the world’s darkest and most mysterious philosophical corners. It is a book of accomplished scholarship and a compendium of fascinating anecdote. This text will be found to be indispensable for anyone interested in the history of western occultism of the 20th century.

Teutonic Magick is as vast as the northern sky and as deep as the shrouded northern mists. Many of the most powerful forms of magick in the West were developed to an early perfection by Teutonic magicians—Albertus Magnus, Agrippa, Paracelsus— some were even elevated to the level of legend, such as Faustus.

Teutonic Magick is multifaceted—it has its own innate traditions—those of the ancient Germanic peoples (Anglo-Saxons, Germans, Dutch, Scandinavians) and in addition it has those of the general Western Tradition which they received from southern Europe in the Middle Ages—and proceeded to develop with characteristic scientific zeal.

The world of Teutonic Magick is full of truly secret, some sinister, corners as well. Many of these—like so much else that we believe to be sinister—are thus characterized simply because they are unknown and perhaps also misunderstood. There are whole realms of Teutonic Magick that have largely been kept truly secret until the latter part of this century.

The path of Teutonic Magick is focused on the expansion of consciousness through a will to power and knowledge—the way opened for the Teutonic magician by Woden on an archetypal level and followed by Faustus and most modern magicians.

Doctrines and teachings concealed within the magical lodge Fraternitas Saturni are wrapped in the dark cloak of the Demiurge Saturnus, and are truly revealed only to those elect of Saturn who are able to comprehend and understand the Saturn-Gnosis. This gnosis is sometimes dark and foreboding.

It uncovers the dark side of the Aquarian Age—an age to be ruled by Saturn. But it is also enlightened by the “higher octave” of Saturn—Lucifer—and by the dark light of Saturnian yoga, or sexual mysticism and cosmosophy. The teachings of the Fraternitas Saturni are highly eclectic. This is understandable given the lodge’s “pansophical” origins. “Pansophical” here means “wisdom that encompasses all other forms of wisdom.” In the early part of the twentieth century there were several “-sophies,” all based on analogy with Blavatsky’s Theo-sophy.

The original pansophy of Heinrich Tränker was an attempt to synthesize all forms of occult teachings then in practice. This, however, proved a difficult task, as there seemed to be no unifying element or central focus for the maelstorm of occult lore swirling around in the pansophical movement. It was the Fraternitas Saturni and Gregor A. Gregorius, directly or indirectly through the acceptance of the Aeonic Law of Thelema, which provided the necessary elements of cohesion to the pansophical approach in Germany.

The gnosis of the Fraternitas Saturni is a complex set of magical doctrines. These include a special path of initiation as well as a complete astral or planetary cosmosophy and a Luciferian element. In many regards the SaturnGnosis is in accordance with what is known of the Ophite and Barbelo Gnostic sects of antiquity. Gnosis is a form of knowledge concerning the cosmos to which the individual feels called, or “elected,” and which is based not on the belief in certain dogmas but rather on deep personal experience.

The teachings, practices and rituals of the Fraternitas Saturni are intended to provide just such an initiatory experience. Although in ancient times Gnosticism existed in a myriad of often mutually incompatible sects, there were certain doctrines common to most of them.

First, they held that there existed a godhead beyond all categories as well as a three-fold god subsisting in the fullness of being (pleroma), or light.

This divine realm of fullness of being transcends the place in the world where matter exists; these two realms are separated by a great barrier (horos). How these realms became separate is a matter of diverse speculation, however, what is certain among the Gnostics is that our world was not created by the god of light, but rather by an entity that resulted from a deficiency in the pleroma.

This deficiency came about either through progressive degeneration as the outflow of being got further and further from its source, or through a conscious withdrawal of divine will (thelema) from the outer reaches. By whatever process, lesser independent entities arose in the graduated levels (called aeons) of the new cosmos. These entities were called archons. One of these archons is the entity—or demiurge—that created our world of matter. This entity is identified by some Gnostics with Jehova (YHVH), the god of the Old Testament.

Besides these general teachings on the nature of the Demiurge Saturnus, the Fraternitas Saturni has a special doctrine, particular to it, concerning an entity attached to the planet Saturn and active on the Earth, called the GOTOS. This is the specific egregore or daimonion of the Brotherhood, of which the Grand Master 33° is the personal representative.

The GOTOS functions in a way similar to the way the Secret Chiefs worked in the Golden Dawn system. The belief of this system of lodges having hidden, praeterhuman intelligences at their esoteric heads is commonly held in the Fraternitas Saturni. Members would, for example, say that Baphomet was the lodge daimonion of the Knights Templar. The name GOTOS is actually a formula made up of the initial letters in the official name of the 33°: Gradus Ordinis Templi Orientis Saturni.

The daimonion GOTOS is understood as a preexisting entity, but it is also used as the egregore of the lodge. An egregore is a sort of “group spirit” or thought-form magically created by a community of people from its collective ideals. The egregore can be seen as a collective hypnotic suggestion which can be experienced directly, if subjectively, by the participants in rituals wherein the egregore is invoked.

This tends to take on objective reality as the experience of the egregore becomes an experience that is shared within lodges. GOTOS guides the initiate toward divinity. It has a dark and light aspect and stands beyond all notions of good and evil.