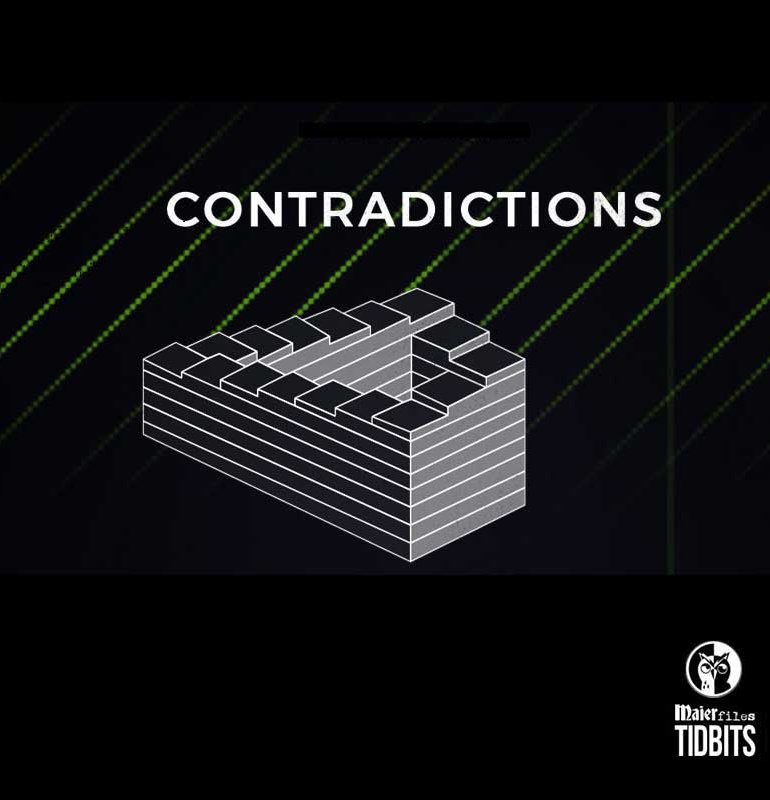 Can truth be a liar?

How could one picture a contradictory state?

When it is exclaimed that contradictions may very well be true, numerous analytic philosophers will screw up their face into an appearance of discomfort, and say ‘But I just don’t see what it could be for a contradiction to be true’. They could mean numerous things by this. ‘See’ might just mean ‘understand’, by which case they might be complaining that traditional two-valued semantics leaves no room, as it were, for something to be both true and false.

Such a lack of understanding can be rectiﬁed by explaining to them the definition of an appropriate paraconsistent logic, which does allow for this possibility. (https://en.wikipedia.org/wiki/Paraconsistent_logic) But often, the uneasiness (real or imagined) is of another kind. What such a philosopher is trying to do is imagine what it would be like for a situation to be contradictory. They are trying to visualize how an inconsistent situation might look—and they fail. But it can be done!

How could one picture a contradictory state? To visualize a dilemma (literally) it must, obviously, be one of a visible style. The Liar sentence might be true and false; and without a doubt one might be able to construct some quasi-visual mental depiction of this fact; however the conditions itself is not of a type that we are able to see, or, thus, literally visually depict.

Other things that have been proposed as true contradictions appear more promising as applicants for a visible contradiction. It can be argued that some instantaneous shift states are contradictory; that, for example, at the instant a person leaves the room, they are both in it and not in it.

Now, being in a room and not being in it are the kinds of things that can be seen. Do we, in this scenario, then, perceive a contradiction? No. For the contradictory state in question here is an instantaneous one, and one can perceive states only if they persist for some minimal time. (Suppose, for example, that you are watching something red which turns green for exactly an instant before becoming red again. You would perceive the thing as continuously red. The greenness has no duration.) Hence, though a moving object may realize instantaneous contradictory states, these are not such as can be seen. But we are looking in the wrong place, and missing the noticeable.

These are not necessarily of contradictory situations. Many, in fact, most, optical illusions are of quite consistent situations: they are just not truthful. Consider, for example, the well-known Hermann grid, a white grid on a black background. When one looks at this, one sees dark patches at the interstices of the grid.The dark patches are not really there, but there is nothing contradictory about the way the ﬁgure appears. There are, however, visual illusions where what is perceived is not consistent. (not using ‘perceive’ here as factive, but merely as away of referring to a perceptual phenomenological content.)

The ﬁrst kind of example concerns impossible ﬁgures: drawings of (or photographs which appear to be of) things which are physically impossible. These have become very familiar thanks to the art of Escher. Not all impossible ﬁgures depict what we require, however. Consider, for example, the Schuster ﬁgure. At the right end, the ﬁgure appears to have two protuberances; at the left, it appears to have three prongs. One can focus on either end of the ﬁgure and see that part coherently; but there is no way that one can focus on the whole and see it coherently.

One never, therefore, sees a contradictory situation. One can see parts of the situation, each of which is quite consistent. But the situation is different with other impossible ﬁgures. Look, for example, at the Penroses’ ﬁgure.

If one takes a corner, say the nearest one, one can see that, travelling continuously counter-clockwise, one can ascend to arrive back at the same place. The point, then, is higher than itself (but obviously, it is not higher than itself, as well). Moreover, one can take the whole ﬁgure in, visually parse it, all in one go. This is a case where we can see a contradictory situation. There is an intriguing auditory analogue of the continuously ascending staircase. It is possible to produce a collection of musical tones which appear to be continuously ascending in pitch whilst, at the same time, never getting any higher—again, a contradictory situation. https://en.wikipedia.org/wiki/Shepard_tone