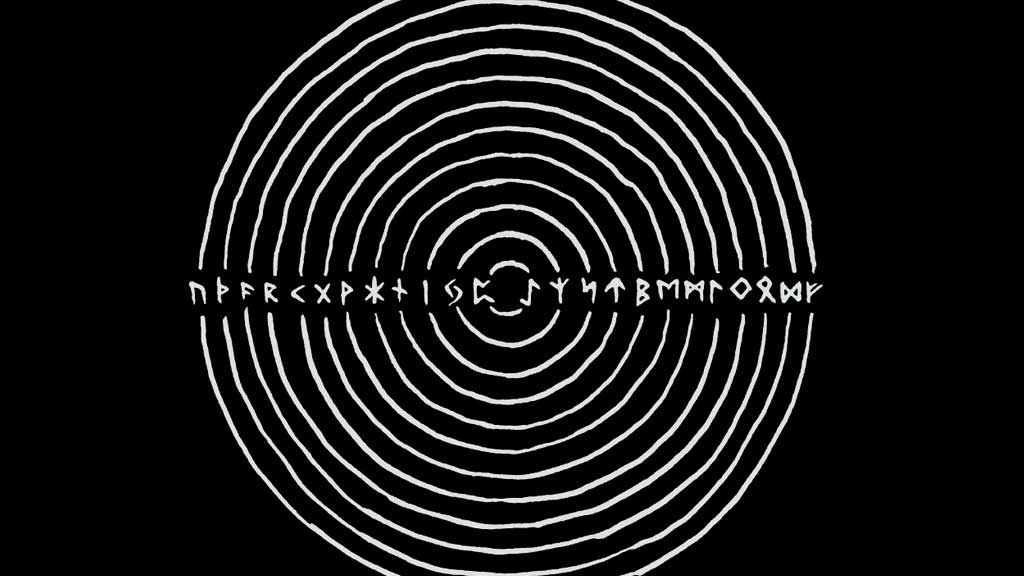 The rune row or runic alphabet is not an alphabet comparable to the Greek or Roman alphabets. The rune row begins with another set of letters—f, u, th, a, r, k—and thus the rune row is called the Futhark. The order of the runes in this rune row was found on Gotland. On the Kylver stone, and on other items like the Vadstenabracteate and the Grumpanbracteate.

The most common theory regarding the origin of the runes is that they are derived from the Greek or Roman alphabet. But the fact that the runes are placed in the Futhark order makes this rather unlikely, since it is no ABC alphabet. The position of the runes indicates a strong connection to the old Nordic spirituality and worldview. 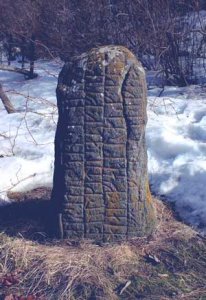 This might indicate that the runes appeared independently in the old Norse tradition. The runes were not originally letters used for writing but were instead magical symbols. This is made clear through the oldest discoveries of the runes, which reveal a magical character. Only after the cultural decline in the Viking Age were the runes degraded to trivial use. Something that can be observed on the numerous runestones.

Even after the arrival of Christianity the runes were used for protection, even in churches. In the church of Hemse on Gotland, the priest’s pulpit is protected with a couple of Futharks. If the Christian powers could not protect the church, they must have thought it best also to let the old runes of Odin be of assistance.

The elder rune row consists of twenty-four runes, and this is the most common row in magical use. The rune row is divided into three aetts, each aett having eight runes. The three aetts are named after Frej, Hagal, and Tyr. The younger rune row has sixteen runes. This row exists in two versions, the Norwegian-Swedish and the Danish (also called the “common”) rune row.

It was not used as frequently in magical practice. There is also an Anglo-Saxon rune row of thirty-three runes where the Elder Futhark is extended with nine additional runes. Even if the Scandinavian sixteen-stave rune row was not commonly used in magical practice, it has had great influence on magical traditions through the Armanen Futhark of Guido von List. It is thought to represent the power songs and runes that Odin obtained during his initiation. Although the Armanen Futhark is lacking in historical evidence it is used in many modern runic magical circles.

A disputed version of the Elder Futhark is the “Uthark.” According to Professor Sigurd Agrell, who published books on the subject during the 1930s, the first rune should be placed last. Thus a rune row with a new meaning, in accordance with numerological theories, will arise. In his book Lapptrummor och Runmagi, Agrell writes: “At the positioning of the runes in a Futhark (one beginning with the runes f, u, th, a, etc.) a cryptographic trick has been used: the last rune is placed before the others. Thus it has been made impossible for the uninitiated to know the real order of the runes.”

In Runornas Talmystik och dess antika förebild and Senantik Mysteriereligion och Nordisk Runmagi, Agrell reveals similarities between the numerology of certain antique mystical cults and the runic tradition. The problem of the Uthark theory is the lack of archaeological evidence to support it. There are some occasional artifacts found that could be Utharks, but the first rune might be missing. The fact that the Uthark theory makes sense from a numerological perspective of the Nordic tradition supports its probability.

It could be that Agrell is right that the rune row was enciphered, so as only to be recognized by initiates. We know that the Nordic magicians created numerous secrets and hidden runes and that the runic tradition consists of many levels. The Futhark could be the outer, exoteric rune row, while the Uthark is the inner, esoteric one.

The twenty-four-stave Elder Futhark is commonly used in runic magical circles. It exists in two main versions used by different practitioners. Some place the d, Dagaz, last, while others place the o, Odal, last. The latter version is derived from the Kylver stone, but the first is more common.

In German runic magical circles and among those inspired by national Romanticism and Guido von List, the Armanen Futhark is used. Some are also leaning toward the racial-mystical theories of List while others are excluding this dimension. In Sweden, the Uthark has been used by some runic magical groups.

The twenty-four-stave Elder Futhark is presented by Edred Thorsson in his books Runelore and Futhark: A Handbook of Rune Magic and by Freya Aswynn in her Leaves of Yggdrasil. Thorsson describes the sixteen-stave Scandinavian Futhark in Northern Magic and the Armanen row in his book Rune Might.

The Uthark is a magically potent version of the rune row. Even if its historical roots are in dispute, it corresponds to the language and mythology of the old Norse culture. The wealth rune Feh, representing the goal and reward, is placed last, which also seems logical. Also, Ur denotes the wild primeval ox, while Feh represents the tame cow, which creates two opposites in polarity in the Uthark.