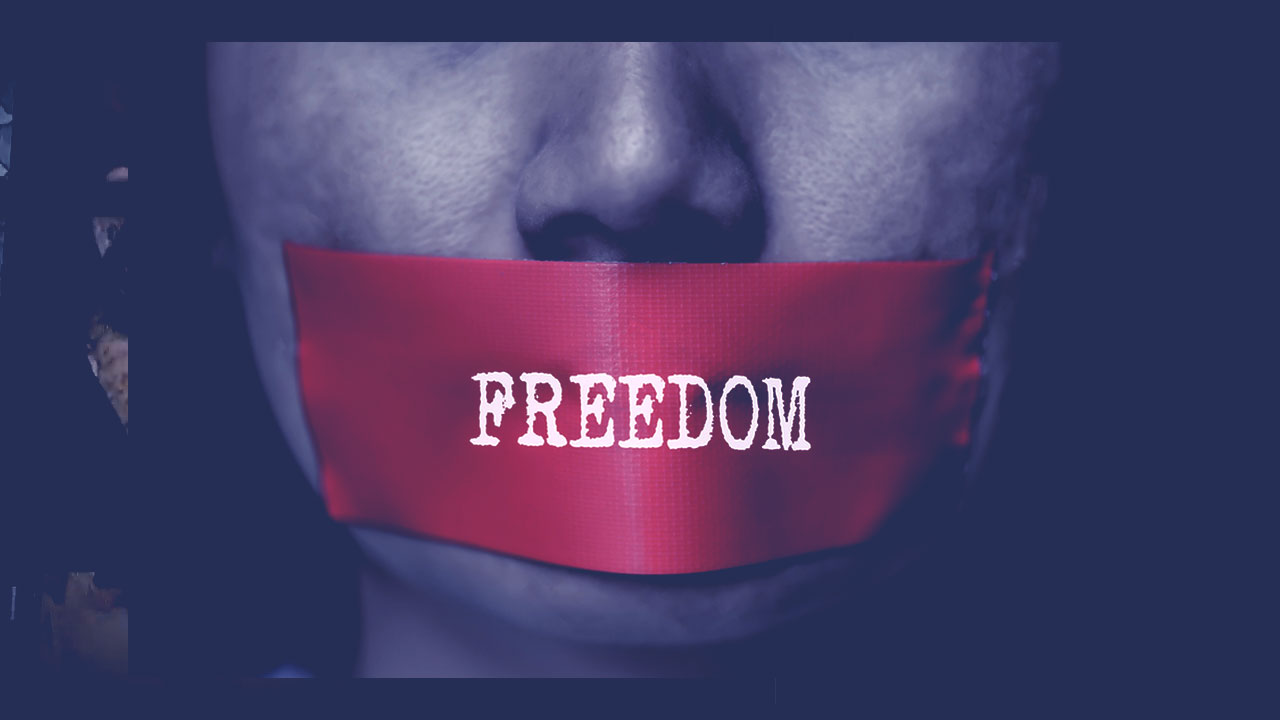 Censorship and freedom of speech 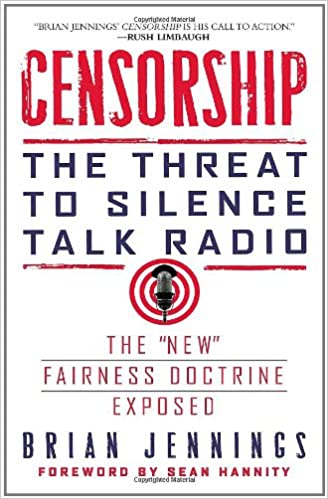 Censorship: The Threat to Silence Talk Radio
Available at Amazon

Freedom of speech. It is our most cherished privilege as Americans, guaranteed by the First Amendment to the U.S. Constitution since 1791. But at the dawn of a new presidential administration, an epic battle is looming – a battle for our airwaves that could sharply curtail or silence altogether the freedom of expression that distinguishes America from the average dictatorship. The target of this battle is conservative talk radio.

If key Democrats have their way, the principles of the Federal Communications Commission’s Fairness Doctrine will once again be enforced and allow government to control the content heard on free radio, a mandate that will have far-reaching implications for all media.

During the Reagan administration the FCC voted to stop enforcing the Fairness Doctrine, which required all licensed broadcasters to present “balanced” viewpoints on controversial issues.

Conservative talk radio burgeoned, giving rise to the father of conservative talk, Rush Limbaugh, and such hosts as Sean Hannity, Mark Levin, Michael Medved, Neal Boortz, Laura Ingraham, and others. The format was a smash hit – resonating with listeners from coast to coast and giving a powerful voice to the conservative movement. Soon such programming, attracting an estimated 50 million listeners weekly, dominated the airwaves where liberal talk radio failed. Popular, profitable, outspoken, powerful, influential – it’s what the American people wanted, and its success was the Democrats’ worst nightmare.

Now, the principles of the Fairness Doctrine threaten to be reinstated – if not directly, then through back-door tactics involving ownership of stations. Under cover of being “fair,” they will prove to be anything but: They will be used as a means of censorship by those with contempt for conservative talk radio. With our current Congress firmly under Democratic control, the future of talk radio – indeed, freedom of speech for all Americans – is under direct attack.

This complete summary of “Censorship” by Brian Jennings illustrates that he believes that freedom of speech is essential in America, but that it is under threat with the Obama administration controlling Congress. He argues that it is time for people to be concerned about their rights, to fight against reinstating the Fairness Doctrine and to refuse to allow government a say over media broadcasting and messages, which would have implications for freedom of speech.

Frederik Stjernfelt, “Your Post has been Removed: Tech Giants and Freedom of Speech”

This open access monograph argues established democratic norms for freedom of speech and expression should be implemented on the internet. Moderating policies of tech companies as Facebook, Twitter and Google have resulted in posts being removed on an industrial scale. While this moderation is often encouraged by governments – on the pretext that terrorism, bullying, pornography, “hate speech” and “fake news” will slowly disappear from the internet – it enables tech companies to censure our society.

It is the social media companies who define what is blacklisted in their community standards. And given the dominance of social media in our information society, we run the risk of outsourcing the definition of our principles for discussion in the public domain to private companies.

Instead of leaving it to social media companies only to take action, the authors argue democratic institutions should take an active role in moderating criminal content on the internet. To make this possible, tech companies should be analyzed whether they are approaching a monopoly. Antitrust legislation should be applied to bring those monopolies within democratic governmental oversight.

Despite being in different stages in their lives, Anne Mette is in the startup phase of her research career, while Frederik is one of the most prolific philosophers in Denmark, the authors found each other in their concern about Free Speech on the internet.