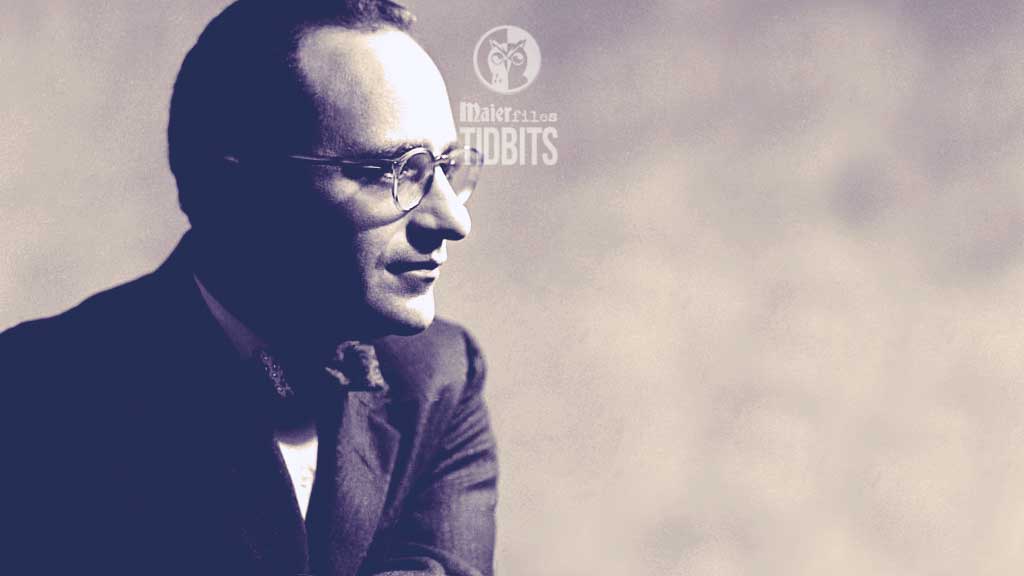 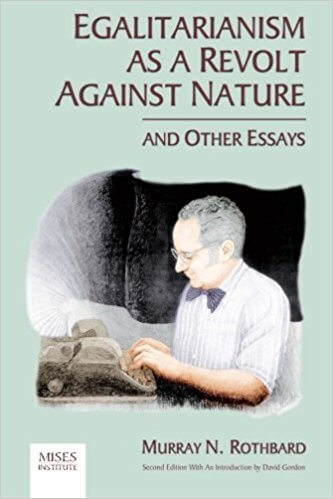 Egalitarianism as a revolt against nature
Amazon

Rothbard’s “Egalitarianism as a Revolt Against Nature” displays a remarkable organic unity: the book is much more than the sum of its parts. Points made in the various essays included in the book mesh together to form a consistent worldview. The system of thought set forward in these essays, moreover, illuminates both history and the contemporary world.

In the book’s initial essay, whose title has been adopted for the whole book, Murray Rothbard raises a basic challenge to schools of economics and politics that dominate the current opinion. Almost everyone assumes that equality is a “good thing”: even proponents of the free market like Milton Friedman join this consensus. The dispute between conservatives and radicals centers on the terms of trade between equality and efficiency.

Rothbard utterly rejects the assumption on which this argument turns. Why assume that equality is desirable? It is not enough, he contends, to advocate it as a mere aesthetic preference. Quite the contrary, equalitarians, like everyone else, need rationally to justify their ethical mandates. But this at once raises a deeper issue. How can ethical premises be justified? How do we get beyond bare appeals to moral intuition? The author of the book answers that correct ethics must be in accord with human nature.

When egalitarianism is measured by this commonsense criterion, the results are devastating. Everywhere in nature we find inequality. Attempts to remake human beings so that everyone fits the same mold lead inevitably to tyranny. “The great fact of individual difference and variability (that is, inequality) is evident from the long record of human experience; hence the general recognition of the antihuman nature of a world of coerced uniformity”

Rothbard’s essay combines logos and pathos in a way few authors can:

“The horror we all instinctively feel at these stories is the intuitive recognition that men are not uniform, that the species, mankind, is uniquely characterized by a high degree of variety, diversity, differentiation; in short, inequality. An egalitarian society can only hope to achieve its goals by totalitarian methods of coercion; and, even here, we all believe and hope the human spirit of individual man will rise up and thwart any such attempts to achieve an ant-heap world.

In short, the portrayal of an egalitarian society is horror fiction because, when the implications of such a world are fully spelled out, we recognize that such a world and such attempts are profoundly antihuman; being antihuman in the deepest sense, the egalitarian goal is, therefore, evil and any attempts in the direction of such a goal must be considered evil as well.”

Rothbard broadens and extends his criticism of equality in “Freedom, Inequality, Primitivism, and the Division of Labor.”  Not only do biology and history make human beings inherently different from one another, but civilization depends on the existence of these differences. A developed economic system has as its linchpin the division of labor; and this, in turn, springs from the fact that human beings vary in their abilities. Karl Marx spoke of an end to “alienation” caused by the division of labor; but were his fantasies put into effect, civilized life would collapse. Why, then, do many intellectuals claim that the division of labor dehumanizes?

In large part, Rothbard argues, these intellectuals have fallen victim to a myth popular in the Romantic Era. Some of the Romantics conjured up primitive men who, untouched by the division of labor, lived in harmony with nature. The ‘Noble Savage’. He notes, following M.H. Abrams, that the Romantic myth of primitivism rests upon a yet deeper layer of myth. According to the “emanationist” view, which has influenced both neo-Platonism and Gnosticism, creation is fundamentally evil. Human beings must be reabsorbed into the primitive oneness of all things.

In his essay, “The Anatomy of the State” Rothbard locates the chief obstacle to human betterment: The State.  Unlike voluntary exchange, which by its nature benefits those who freely choose to engage in it, the state rests on predation. The state cannot create wealth: it can only take from some and give to others. Given the manifestly predatory essence of the state, how has it survived? Why have not popular rebellions put an end to the triumphant beast? The author blames “court intellectuals.” Throughout history, a group of the literate elite has always been ready with a facile justification for the depredations of the powers-that-be.

The entire book contains 16 essays of Rothbard. It concludes with his rallying cry: “Why Be Libertarian?” With all the political books out there, each with a partisan spin, it’s nice to read a thinker who doesn’t fear exposing the errors of all sides, left and right, measuring anyone and everyone against the great benchmark of the idea of liberty.

Quite an interesting read!