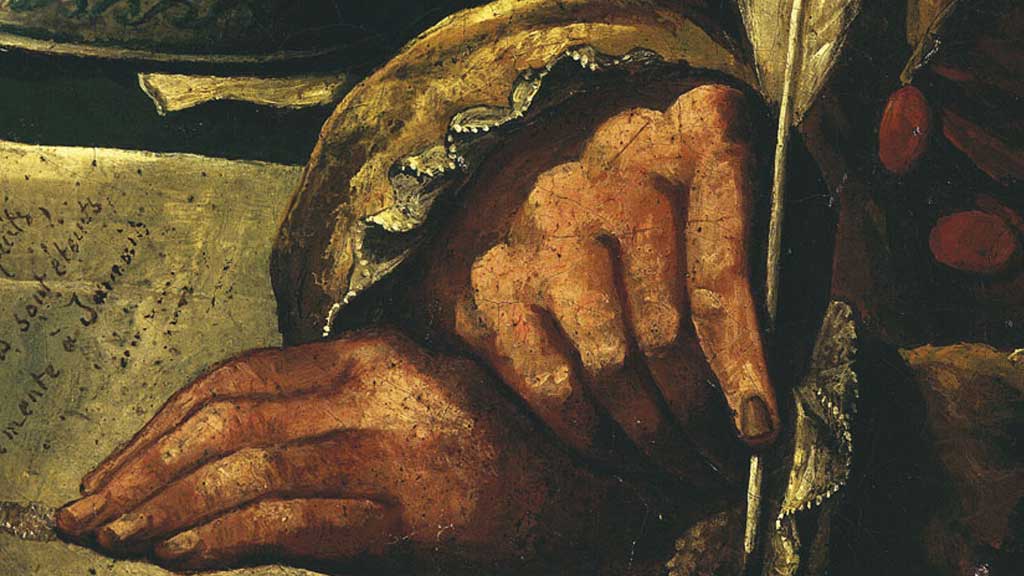 The Lost History of Esoteric Writing 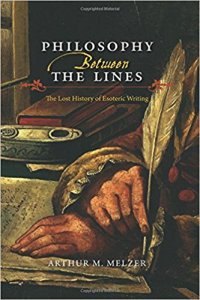 Philosophical esotericism —the practice of communicating one’s unorthodox thoughts “between the lines”— was a common practice until the end of the eighteenth century. The famous Encyclopédie of Diderot, for instance, not only discusses this practice in over twenty different articles, but admits to employing it itself.

The history of Western thought contains hundreds of such statements by major philosophers testifying to the use of esoteric writing in their own work or others’. Despite this long and well-documented history, however, esotericism is often dismissed today as a rare occurrence. But by ignoring esotericism, we risk cutting ourselves off from a full understanding of Western philosophical thought.

We moderns are believers in “progress”. But as even we must admit, the passage of time brings not only intellectual advance but also decline—discovery but also ossification, denial, and forgetting. There is a natural tendency, however, to notice and be impressed with the former, to neglect the latter. Discoveries stand out, while forgettings are invisible.

Countless books have been written celebrating the discovery of some important phenomenon. But few work examines the forgetting of one.

In a letter to a friend, dated October 20, 1811, Johann Wolfgang von Goethe speaks of an act of forgetting taking place before his eyes: “I have always considered it an evil, indeed a disaster which, in the second half of the previous century, gained more and more ground that one no longer drew a distinction between the exoteric and the esoteric.” (Goethes Briefe und Briefe an Goethe).

The intellectual life of the West, Goethe reports here, has gradually been undergoing a strange and unfortunate transformation. Through a slow act of collective amnesia, a well-known phenomenon has quietly been dropping out of awareness: the philosophic practice of esoteric writing. By this is meant the practice of communicating one’s unorthodox thoughts primarily “between the lines,” hidden behind a veneer of conventional pieties, for fear of persecution or for other reasons.

Although negletected, Goethe’s warning turned out to be remarkably prescient, pointing to a philosophical forgetting that would continue to spread and deepen for another hundred years. It was rediscovered principally by Leo Strauss—the University of Chicago political philosopher—who began publishing on the subject in the late 1930s.

As Alexandre Kojève declared in recognition of this achievement: “Leo Strauss has reminded us of what has tended to be too easily forgotten since the nineteenth century—that one ought not to take literally everything that the great authors of earlier times wrote, nor to believe that they made explicit in their writings all that they wanted to say in them.” Still, Strauss’s efforts at recovery also went largely unheeded.

If it turns out to be true that most philosophers of the past routinely hid some of their most important ideas beneath a surface of conventional opinions, then surely we had better know that. If they wrote esoterically and we do not read them esoterically, we will necessarily misunderstand them. We will systematically cut ourselves off from their thought precisely in its most unorthodox, original, and liberating part!

An old Ethiopian proverb observes, “When the great lord passes, the wise peasant bows deeply—and silently farts.” Every subject class has its silent arts of resistance—the philosophers too. For where force is lacking, fraud and secrecy are the primary agents of freedom. In short, the ignorance of esotericism, by blinding us to the hidden world of freedom, keeps us in ignorance of ourselves—of the surprising power and independence of the human mind, of its unsuspected capacity to resist time and place.

The world is full of obvious things which nobody by any chance ever observes. —SHERLOCK HOLMES

In his book “Philosophy Between the Lines: The Lost History of Esoteric Writing” Arthur M. Melzer serves as our deeply knowledgeable guide in this capacious and engaging history of philosophical esotericism. Walking readers through both an ancient (Plato) and a modern (Machiavelli) esoteric work, he explains what esotericism is—and is not.

It relies not on secret codes, but simply on a more intensive use of familiar rhetorical techniques like metaphor, irony, and insinuation. Melzer explores the various motives that led thinkers in different times and places to engage in this strange practice, while also exploring the motives that lead more recent thinkers not only to dislike and avoid this practice but to deny its very existence. In the book’s final section, “A Beginner’s Guide to Esoteric Reading,” Melzer turns to how we might once again cultivate the long-forgotten art of reading esoteric works.

Philosophy Between the Lines is a comprehensive, book-length study of the history and theoretical basis of philosophical esotericism, and it provides a crucial guide to how many major writings—philosophical, but also theological, political, and literary—were composed prior to the nineteenth century.