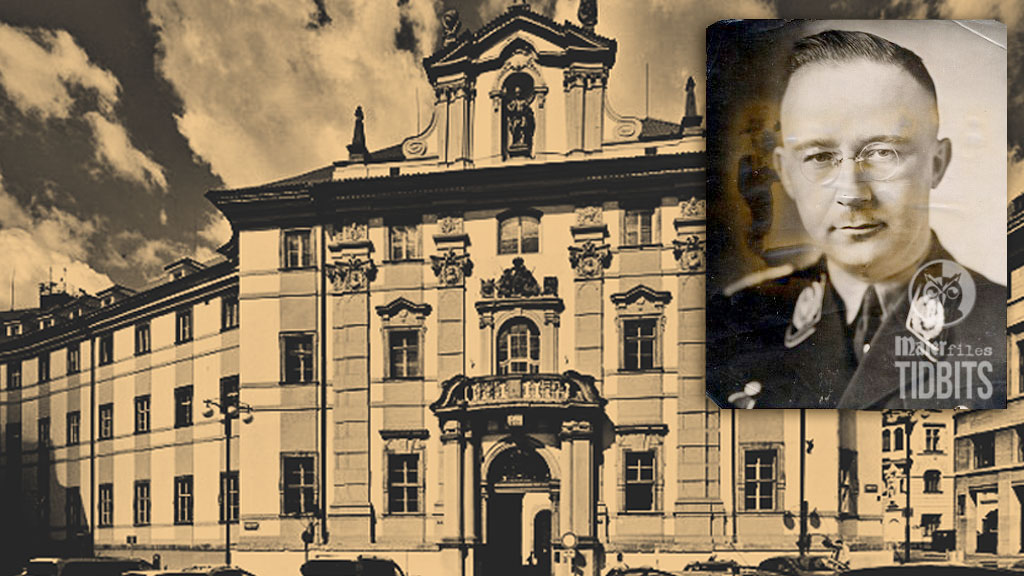 The Daily Mail published an article related to one of the Maier files backstories. An unusual collection of books on witches as well as the occult that was collected by SS chief Heinrich Himmler in the war has actually been found in the Czech Republic. The books – part of a 13,000-strong collection – were discovered in a depot of the National Library of Czech Republic in close proximity to Prague which has not been accessed since the 1950s.

Norwegian Masonic researcher Bjørn Helge Horrisland informed the Norwegian newspaper Verdens Gang that a number of these books originate from the library of the Norwegian order of Freemasons in Oslo, confiscated during the Nazi occupation of the country.

In 1935 Himmler formed the ‘H Sonderkommando’ – H standing for Hexe, the German word for witch – to bring together as many material as possible on sorcery, the occult and the supernatural. The bulk of the collection was labeled the ‘Witches Library’ and focused on witches and their persecution in medieval Germany.

The books were intended to be stored at Wewelsburg Castle in Germany, the ‘Camelot‘ where Himmler created a court of SS ‘knights’ modelled on the legend of King Arthur and the Knights of the Round Table.

Historians are to examine the Witches Library and a Norwegian TV company is to make a special documentary regarding the discovery. Good sources on Karotekia or die Hexenkartothek (also known as Hexen-Sonderauftrag, H-Sonderauftrag) simply do not exist in English. Hexenkartothek was the large-scale enterprise for the research and study of the witch hunts. There is a more factual version in the German language found on-line at https://de.wikipedia.org/wiki/Hexenkartothek

Nevertheless there exists a rare to find book on the subject, also in German, titled: “Himmlers Hexenkartothek. Das Interesse des Nationalsozialismus an der Hexenverfolgung” by Soenke Lorenz, Dieter R. Bauer, and Wolfgang Behringer. A copy can be found on Amazon.de  http://amzn.to/2hChXYc

Apocalypse, the answer is at the end

The Daily Mail article can be found here: http://dailym.ai/2htLVdd