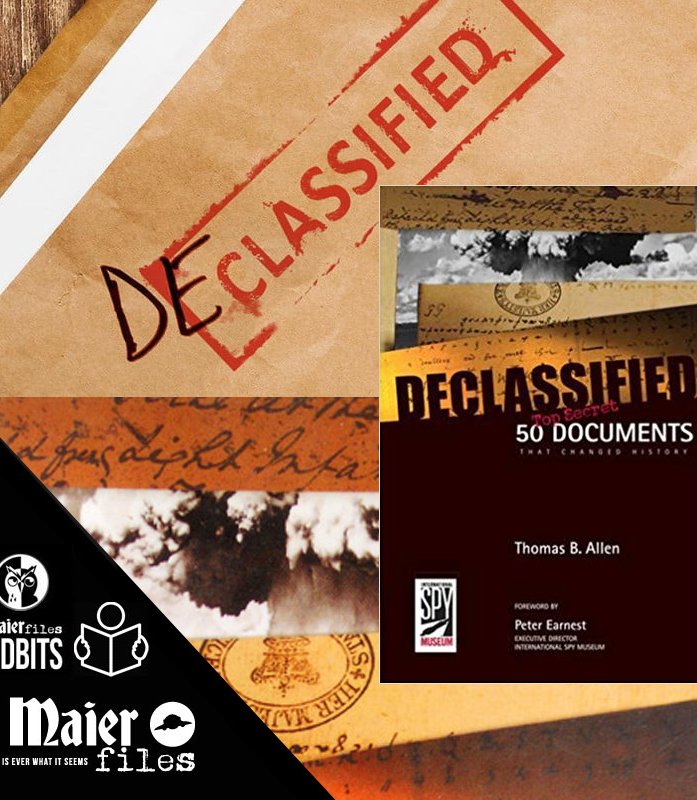 If these documents could talk …

THERE IS A SPECIAL EXCITEMENT IN DISCOVERING HIDDEN WORLDS, whether revealed on a hazardous trek through dense jungles or discovered after scholarly research into dusty archives. The archaeologist coming unexpectedly upon ancient ruins changes forever our view of the world, or rather, shows that world to us through new eyes.

So, too, the lone scholar culling through dimly lit stacks and sealed archives has a similar experience, uncovering hidden words that have been buried under layers of fragmentary information, falsehoods, and in some cases outright deception.

Documents and records in themselves, of course, are but words on paper, but they serve as windows into the principal actors, policies, and machinations that have played a role in revolutions, wars, assassinations, and other momentous events that changed the course of history.

In Declassified, Tom Allen, a respected writer of American history, describes 50 documents and records that were either Declassified or whose origins were shrouded in mystery and deceit. They range widely: Spain’s top secret plans to launch a naval armada against England obtained by Sir Francis Walsingham, spymaster to Elizabeth I; the captured encrypted message of Dr. Benjamin Church, a prominent American revolutionary, which exposed him as a spy for the British; Maj. Gen. Benedict Arnold’s secret message to the British offering to sell American secrets and change sides; and, finally, the secret letter FBI turncoat Special Agent Robert Hanssen sent to Soviet Intelligence offering to spy for them, which he successfully did for almost 20 years!

But more than simply listing and describing these fascinating documents, Allen gives us a context, a picture of the world and times in which they were created and in which they were to play a pivotal role. He takes us behind the scenes and enables us to see and understand those times more clearly.

As you read these documents some declassified by governments, others that have come to light via more circuitous routes recall and reflect on the headline-making events they affected. Consider the dark secrets they concealed until the passage of time brought them to light.

Would history’s course have run differently had their secrets been uncovered earlier? And what secrets still lie buried that could alter the course of our own times?

Each of seven chapters centers on one particular theme: secrets of war, the art of the double cross, spy vs. spy, espionage accidents, and more.

These include The Zimmerman Telegram, which led America into World War I; letters from Robert Hanssen to his Soviet spymaster, marking the start of his devastating career as a mole; and papers as recent as the Presidential Daily Brief that announced that Bin Laden was determined to strike the U.S.—delivered in August 2001.