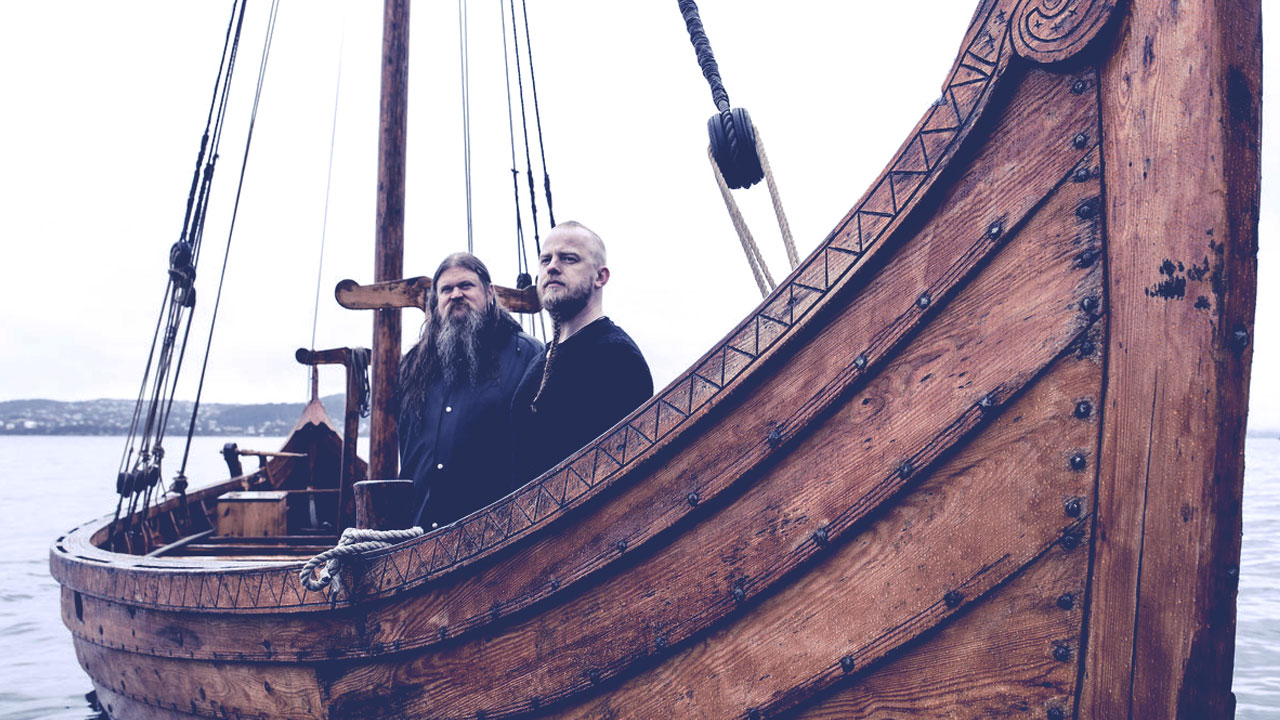 Hugsja by Ivar Bjørnson (Enslaved) and Einar Selvik (Wardruna). After the success of their previous collaboration “Skuggsjá”; both musicians are now following up with this imposing new piece “Hugsjá”. The word ‘Hugsjá’ means to see with, or within, the mind – and it reflects the idea that one’s mind has the potential to see further than the eyes can reach. By weaving together indigenous and contemporary thoughts, sounds and instruments, they are inviting you on a vivid journey – exploring the distant history and traditions along coastal Norway.

Hugsjá was first commissioned by, and performed at, Bergen International Festival in 2017, as part a series of concerts named Nordvegen (“the northern road”); inspired by local history and traditions in each of the places visited. Ultimately the material was recorded and became this full-length album.

SKUGGSJÁ is the epic sound of Norway’s Norse history as told through harder music by Ivar Bjørnson (ENSLAVED) and Einar Selvik (WARDRUNA). Written by Bjørnson and Selvik for the 200th anniversary of the Norwegian Constitution, SKUGGSJÁ tells the history of Norway to the present day by highlighting ideas, traditions and instruments of their Norse past.

In a magnificent tapestry of metal instrumentation, a wide variety of Norway and Scandinavia’s oldest instruments, and poetry in Proto-Scandinavian, Norse and Norwegian, SKUGGSJÁ fuses past and present, both lyrically and musically, and reflects on themselves as a people and nation.