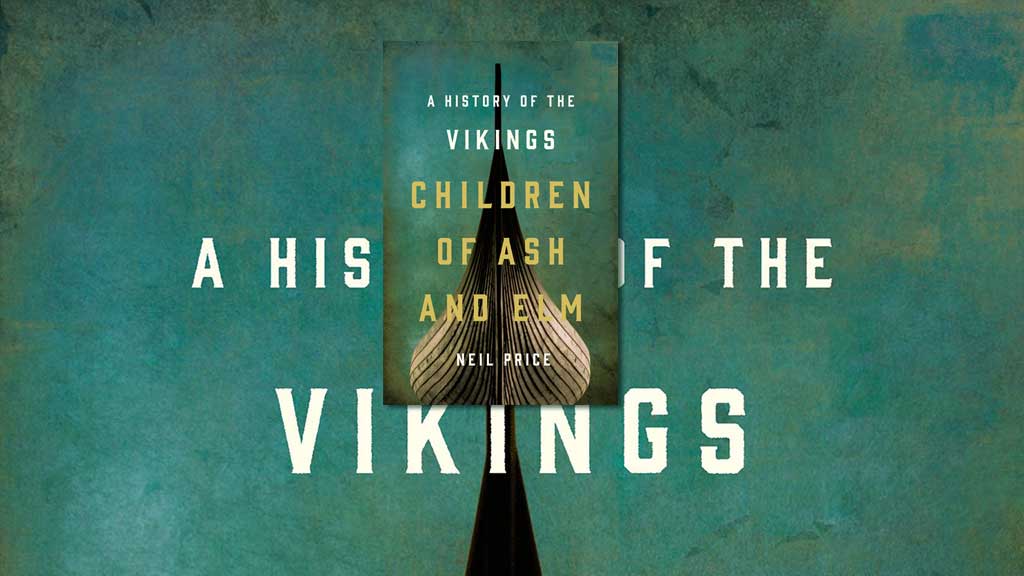 Children of Ash and Elm – A Vikings Story 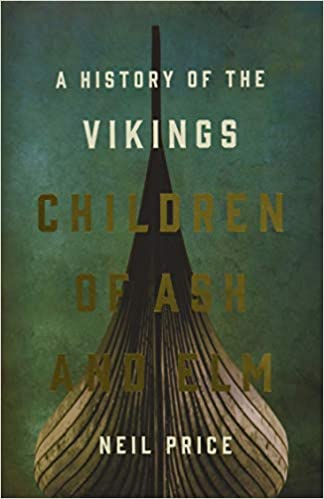 Children of Ash and Elm
Available at Amazon

Based on the latest archaeological and textual evidence, Children of Ash and Elm tells the story of the Vikings on their own terms: their politics, their cosmology and religion, their material world. Known today for a stereotype of maritime violence, the Vikings exported new ideas, technologies, beliefs, and practices to the lands they discovered and the peoples they encountered, and in the process were themselves changed. From Eirík Bloodaxe, who fought his way to a kingdom, to Gudrid Thorbjarnardóttir, the most traveled woman in the world, Children of Ash and Elm is the definitive history of the Vikings and their time.

Like many fields of scholarship, Viking studies is occasionally convulsed by interdisciplinary squabbles, especially between those who work with texts and their archaeological colleagues who approach the past through things and places—an argument that never really settles, but just keeps rumbling along like the irregular tremors on a fault line. The production of text is, of course, also a deeply material act—the cutting of signs into stone or wood, or painting them with a quill onto vellum—a process that requires direction, effort, resources, preparation, all naturally with purpose and social context beyond simple communication. Some of the very rarest sources, such as the great epic poem Beowulf, for example, exist in only a single manuscript; they are, quite literally, artefacts.

Students of the Vikings tend to specialise in one particular bandwidth of signals from the late first millennium, but they need to be conversant with many more, often stretching far later in time: archaeology, saga scholarship, philology, runology, the history of religions—the list goes on, now with increasing contributions from the natural and environmental sciences, including genomics. A knowledge of the modern Scandinavian languages is essential, as is at least a working familiarity with Old Norse and Latin.

No single specialist can master all these fields, but the combined teamwork of archaeologists in the field, laboratory, and library now has greater potential for recovering the lives of past peoples than ever before.

But the evidence for the Viking Age relies on more than this material culture and the other natural and physical traces of the time, although the data is varied and always growing. What about written sources? The cultures of Scandinavia at this time were predominantly oral in that they did not make literary or documentary records—the Vikings never wrote their own histories.

This is not the same as being illiterate; the use of runic script was widespread in the North from its beginnings in Roman times to a flowering of inscriptions in the Viking Age itself. Nonetheless, this material is limited. There are thousands of brief memorials and epitaphs carved in stone, sometimes with a few lines of poetry, and also rare examples of everyday notes and labels scratched into slivers of wood. But there are no lengthier texts from inside the Viking-Age societies of the North.

Instead, their culture is what is called protohistoric, in that its ‘history’ comes from what some of their foreign contemporaries wrote about them. This, however, presents problems that are in many ways at the core of all the modern stereotypes of the Vikings, for the obvious reason that most sources of this kind were authored by people on the sharp end of their aggression.

The bulk of these records take the form of court annals, usually compiled in Latin, for the ruling dynasties of western Europe. A number of different texts, often named after the monasteries where they were produced or kept, cover the Frankish and Ottonian (German) Empires on the Continent, and variant Old English manuscripts of the so-called Anglo-Saxon Chronicle cover England. There are counterparts from the Arab world, especially the Caliphate of Córdoba in Andalucía, and from the Byzantine Empire that ruled from Constantinople, to name but a few.

Besides the broadly contemporary written sources, there are perhaps the most famous tales of all: the extraordinary body of Icelandic texts that has given the North its own literary tradition. The two genres of saga-writing most often cited in connection with the Vikings are the sagas of Icelanders, also known as the family sagas, and the so-called fornaldarsögur—literally ‘stories of ancient times’ but more often referred to as the legendary sagas. Both genres are actively concerned with the Viking Age, but in different ways and with varying degrees of reliability, although the question of their ‘accuracy’ depends on one’s approach to these medieval texts.

As their name implies, the legendary sagas include elements common to tales of the fantastic—heroes battling monsters, the curses of evil witches, and so on—but often inserted into stories that nonetheless bear some connection to known history.

There is also another important category of Old Norse text, namely poetry. This too comes in several different varieties, sometimes composed as free-standing verses but more often as commemorations of events or, most of all, as praise poems. Poetry was also used as a medium for the storage and communication of mythological lore and as a repository of heroic tales.

Snorri’s Edda is one of the most remarkable literary documents of the Middle Ages. Alongside this handbook is another medieval work known as the Poetic Edda, although (as for Snorri’s book) this is a modern title. Largely preserved in two manuscripts with variations between them, alongside later copies, this is a wide-ranging collection of anonymous verses with mythological and heroic themes. Little is known of how they came to be collated in this way, by whom, or why.

The Vikings cannot be reduced to a template, but if abstract concepts can describe their impact upon and interactions with the world around them, then one should look to curiosity, creativity, the complexity and sophistication of their mental landscapes, and, yes, their openness to new experiences and ideas. To seriously engage with the Vikings and their time is to embrace all these, and absolutely not to flatten them with stereotypes.

Children of Ash and Elm

Conventional studies of the Vikings tend to be organised regionally, preserving the artificial notions of ‘western’ and ‘eastern’ arenas of activity that are actually just scholarly legacies of the Cold War, with its more-or-less impermeable barrier stretching across Europe. This book attempts something different, not only in terms of promoting the Vikings’ worldview but also by emphasising that it was the same people traversing that great map of cultures and encounters—no Iron Curtain for them. In addition, their lives must be seen as a seamless whole, blending ‘religion’, politics, gender, subsistence, and all other aspects of existence into a general perception of reality itself—quite simply the way things seemed to them to be. What, for some, is ‘background’, building up to what the Vikings accomplished out in the world, is here the point itself.

The second part of this book goes back to the early 700s, but follows a different path to seek the major sociopolitical developments and demographic factors that slowly combined to trigger the Viking phenomenon itself. This was the time of the raids and their gradual escalation from isolated attacks to invasions of conquest, in the ever-present context of expanding trade networks. The maritime culture of Scandinavia, the rise of the sea-kings, and the development of uniquely mobile pirate polities are the focus here.

The beginnings of the diaspora can be traced in all directions: along the eastern rivers of silver to Byzantium and the Caliphate of the Arabs, creating a new identity in the warrior-traders known as the Rus’; west into the British Isles; south into the Continental empires and the Mediterranean; and through the opening up of the North Atlantic. This section follows these events to the start of the tenth century in a series of parallel, simultaneous narratives.

Part three moves the story to the mid-eleventh century, as the Viking phenomenon diversified across the northern world. Its consequences included an urban revolution in the Scandinavian economies and the reorganisation of the countryside, paralleled by the consolidation of royal power and the rising influence of a new faith. Abroad, competing Viking power bases and kingdoms were established in Frankia, England, Ireland, and the Scottish Isles.

The flowering of the Icelandic republic led to westward voyages to Greenland, and the European landfall in North America. In the East, the Rus’ state expanded ever further. By 1050 or so, the lines of modern Norway, Denmark, and eventually Sweden, too, were already clear, the Scandinavian peoples beginning to take their place on the stage of Christian Europe.

The Viking Age did not ‘end’ with particular events in specific times or places any more than it ‘began’ with them. Instead, it became something else with another shift in perspective, with new points of view as the Scandinavians moved into their many different futures. This book started with driftwood on a beach as the first human couple stepped onto the sand, the beginning of us all.

At its close is the final battle and the end of the cosmos, the Nordic apocalypse—the Ragnarök. Wolves will swallow the sun and moon, the white-hot stars will sink into the sea and shroud the world in steam, the powers of the night will pour through a hole in the sky, and the gods will march to war for the last time.

But there is a long way to go before then, and the path takes many turns. It begins at the trunk of a tree.