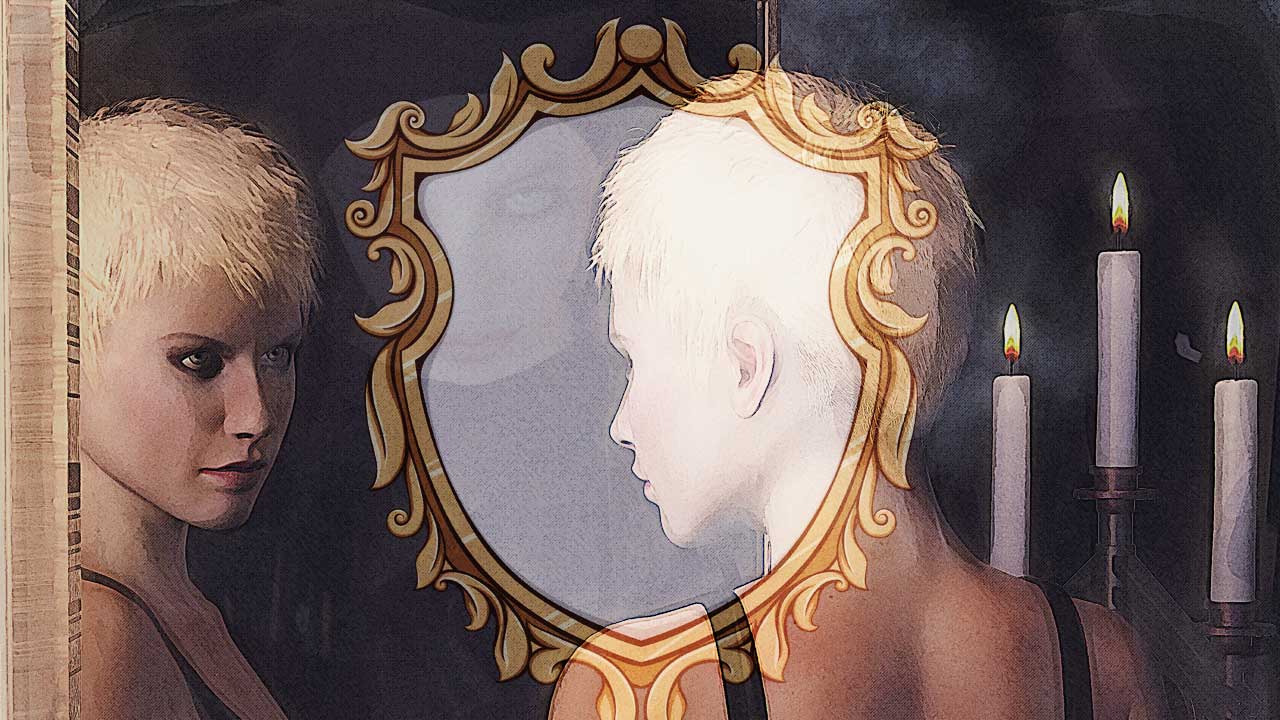 There's more to a mirror than meets the eye.

Mirrors have always both mesmerized and scared humans. All in all, if it can capture and expose our likeness so properly, what else could it reveal about ourselves, or the world around us? What other mystical powers may it have? Some ridicule, others swear there is far more to a mirror than meets the eye.

The magic mirror is a scrying device that witches utilize to see mystical visions of the past, present, or future. Legends, myths, and fairy tales show plenty of examples of the power associated with this tool. This attests to its antiquity.

For example, in the tale of Grimm‘s Snowdrop, the heroine’s stepmother would gaze into a “fairy looking glass” and chant: Tell me glass, tell me true! Of all the ladies in the land, Who is the fairest, tell me, who? And, of course, the mirror would respond in kind. Because these tales refer to this magical tool, the mirror has become itself an archetype. It is symbolic of the gift of prophecy, of vision. It is the symbol of the experience of mystery and discovery, of looking into our own spirit to find what powers dwell there.

A reflection of the soul

Many ancient cultures thought reflections were not of your physical self, but of the very soul. Some cultures even believed that the reflecting picture you have been staring at reveals the shadow self – the darkish aspect of your nature. For this reason it was believed that evil creatures without a soul, such as vampires, could not reflect an image. A look into the crone and sage’s cosmic mirror reveals the stark truth that darkness resides within each of us, a reality too painful for some to bear.

“The shadow is a moral problem that challenges the whole ego-personality, for no one can become conscious of the shadow without considerable moral effort. To become conscious of it involves recognizing the dark aspects of the personality as present and real. This act is the essential condition for any kind of self-knowledge.”

Some psychics and practitioners of magic use the reflective surface of a mirror by candle light to cause visions. Those people believe that the mirror acts similar as a crystal ball. To them a reflective surface is the ideal place for the mind to project the visions come.

The first task of the magical and mystical apprentice is to open the eyes. – Albruna Gudrun

Many psychics and spiritualists have long held mirrors to be portals to different realms of lifestyles. During Victorian times, it was believed by some that by setting up mirrors to reflect each other in just the right way, one could see the spirit world in the reflections. Furthermore one can find stories abound dangerous spirits residing in a mirror.

The most famous of these stories is Bloody Mary. Standing in a dark bathroom, illuminated by a single candle, you simply look into the mirror and chant her name three times: Bloody Mary. A ghost is then said to appear, sometimes holding a dead baby, other times promising to come after yours.

Many dismiss the claims, others will tell you in earnest about experiences in which they saw something, found unexplained scratches on their bodies or experienced paranormal phenomenon for weeks after the stunt. While the folklore may be fabricated, the woman behind the mirror and the story of Bloody Mary was as real as can be, and a royal figure at that.