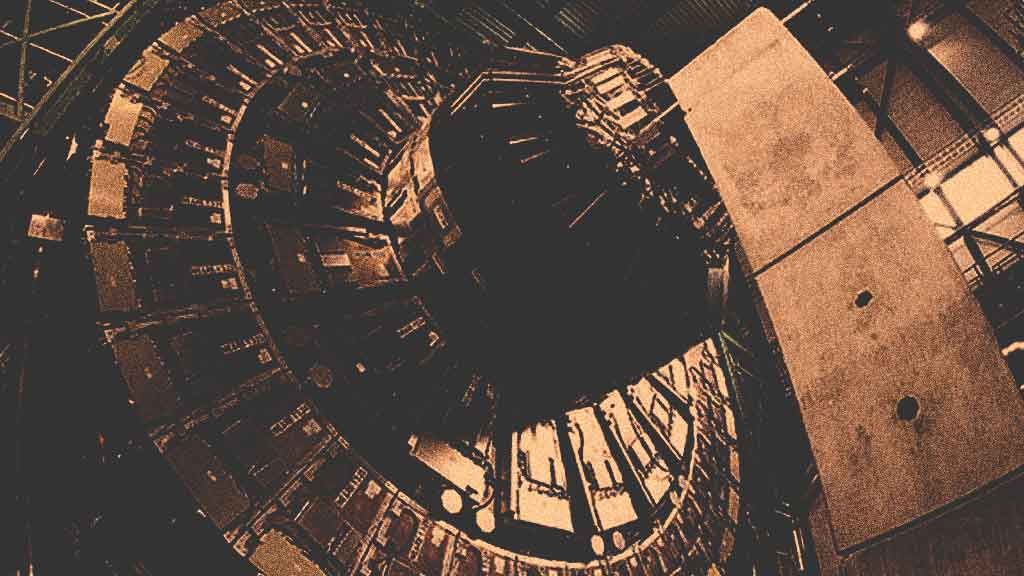 Is CERN’s Hadron Collider being sabotaged from the future?

Nothing seems to go right at CERN’s Large Hadron Collider

No, don’t press that button …

Nothing seems to go right at CERN’s Large Hadron Collider (LHC) in Switzerland, with its poor old pointy-headed scientists having to cope with gremlins, explosions, arrests for membership of al-Qaeda (yes, really), which may be just as well, because according to the far fringe of conspiracy theory the particle beam accelerator is actually a doomsday weapon to bring about the end of the world.

How do they know?

Because the 27-kilometre-long tunnel down which the protons rage towards a collision intended to recreate the beginning of the universe has 666, the Mark of the Beast, stamped on it, while outside CERN’s HQ, is a statue of the Indian goddess Shiva, the destroyer.

Some doomsayers claimed that we’ll all disappear into a black hole made by the LHC. That should have happened already in 2012 (this being the year the Mayan Calendar, the doomsayers’ bible, ends.) Meanwhile we all need to admit we already passed the 2012 Doomsday.

Or, as Dan Brown, that well-known atomic physicist, has written in the textbook Angels and Demons, anti-matter will be created in the LHC for a bomb to blow the Vatican and the pontiff to kingdom come.

But the award for the most intriguing CERN conspiracy goes to two real scientists, Holger Bech Nielsen of the Niels Bohr Institute and Masao Ninomiya of the Yukawa Institute for Theoretical Physics. One of the main aims of the 3 billion LHC is to discover the Higgs boson, the missing link between mass and energy, otherwise known as the “God particle”.

In papers like “Test of Effect From Future in Large Hadron Collider: a Proposal” and “Search for Future Influence From LHC,” they put forth the notion that observing the Higgs boson would be such an abhorrent event that the future is actually trying to prevent it from happening.

LHC is sabotaging itself

Nielsen and Ninomiya’s thesis is that all the glitches and accidents at the LHC are not accidental, but intentional, because the LHC is sabotaging itself – from the future – so it does not fulfil its function of discovering the Higgs. Such a discovery would be “abhorrent to nature”.

According to Nielsen: “Our theory suggests that any machine trying to make the Higgs shall have bad luck. It is based on mathematics, but you could explain it by saying that God rather hates Higgs particles and attempts to avoid them.”

“It must be our prediction that all Higgs producing machines shall have bad luck,” Dr. Nielsen said in an e-mail message. In an unpublished essay, Dr. Nielson said of the theory, “Well, one could even almost say that we have a model for God.” It is their guess, he went on, “that He rather hates Higgs particles, and attempts to avoid them.”

Nielsen and Ninomiya recognize that the theory sounds pretty crazy and that other projects involving a lot of delicate technology — such as the Hubble Telescope — have gone through their own periods of apparent bad luck. But their theory — wild as it is — is situated in current research in theoretical physics and time travel.

The repeated failures of the US Superconducting Super-collider, also designed to find Higgs, are similarly explained by God’s dislike of Higgs and human attempts to impersonate his work. This is the Hallowed Father of All Conspiracies.

The New York Times article:
The Collider, the Particle and a Theory About fate