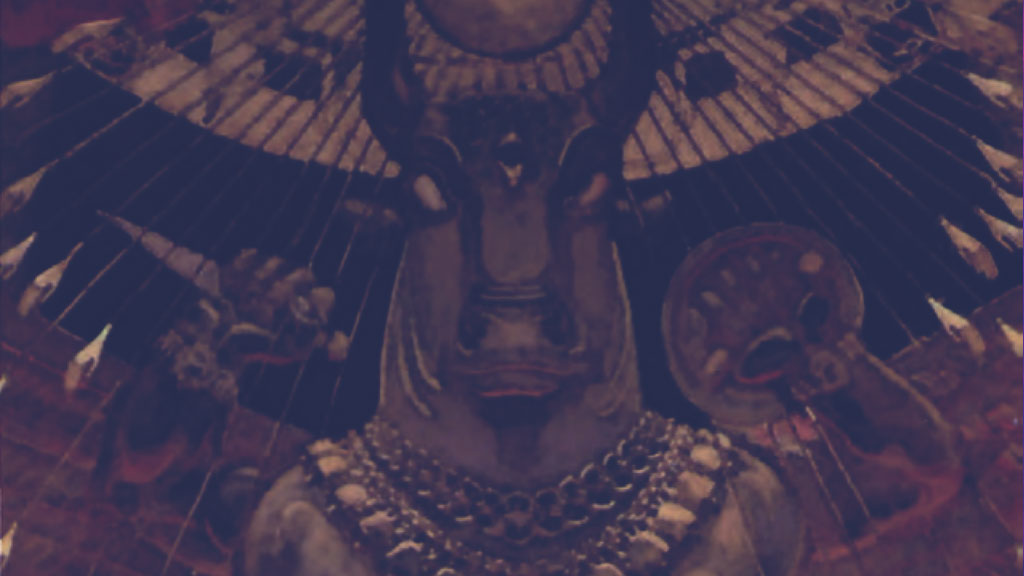 has a god called Moloch that rules through interest on money, perpetual debt and stock exchanges 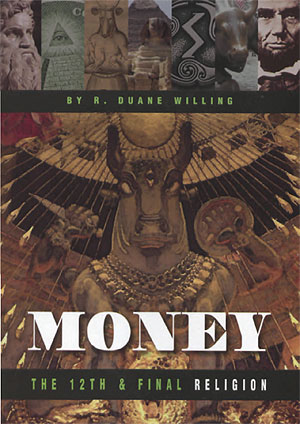 Money: The 12th & Final Religion
Get it at Amazon

THE 12TH & FINAL RELIGION is the story of Money. It has a god called Moloch that rules through interest on money, perpetual debt and stock exchanges. This story is decidedly not politically correct. The idea that the Old Testament God, Moloch of Temple Milcom, can now be recognized worldwide in the structures called central banks has to be a surprise for most people.

These central banks are known locally as the Federal Reserve System in the U.S., Bank of Canada, Bank of England, etc. An understanding of these structures, cited in the book “THE 12TH & FINAL RELIGION” as Cult 273, unveils how God Moloch makes modern finance and stock markets possible.

These Cult structures and their God Moloch have made it impossible for humanity to achieve the Biblical stewardship covenant obligation. This sacred obligation to take dominion requires a money system compatible with the balance of nature. The creation of such a system of prosperity in harmony with nature with its respect for the biosphere is the antithesis to the current structures and beliefs of God Moloch and stock markets and usury and Cult 273, often revered as “market forces.” Some may be shocked by the revelations here. So be it. (AUTHOR R. DUANE WILLING)

Money is a religion.

In establishing their count of eleven major religions, the scholars seem to have overlooked this twelfth religion. It is by practice the most universal. It is manifested in the human condition as usurious money. This twelfth religion is considered the final religion because certain long prohibited money protocols appear as the driving force in destroying the biosphere.

This study ventured in “MONEY: THE 12TH & FINAL RELIGION” was inspired by Duane Willing’s personal witness to what can only be described as spiritual warfare involving the driving forces of money.  This virtual religious war, known as the Watergate affair, was reported in the televised Senate investigation of President Nixon.

The television drama of the personalities of the Watergate saga, as created by the Washington Post and its affiliated Wall Street and London City cohorts, artfully concealed the attempt by President Richard Nixon to alter the United States financial system.

If successful he could have effectively neutralized the powers of the Federal Reserve System. The plan was to recreate a national money system on the order of the Abraham Lincoln “Greenback” currency. This currency could have helped America insulate itself from the economic cancer called globalism.

A “Greenback” currency system functions without national debt and regulation by interest rates. A headquarters building anticipating the announcement of this new banking system was constructed on 17th Street across from the Old Executive Office building for easy access to the White House.

The now defunct Federal Home Loan Bank Board, an obscure organization of Savings and Loans, located at 101 Indiana Avenue, was supposed to be the cadre for the Nixon plan. This new system could have neutralized the national debt and usury system of the Federal Reserve System that acts as the central bank of the United States.

Larry McDonald: Do I mean conspiracy? Yes I do!

R. DUANE WILLING gives you the key to understanding why the illuminated ones of the New World Order need to substitute secrecy for justice. Learn how God Moloch, devoid of any capacity for either mercy or forgiveness, is moving with brute force for world control behind the myth called Israel.

The Moloch conceals the invention of credit based money. Belief in money drives the human condition to prey on the planet and its inhabitants. Money creation has Biblical consequences called usury. The key to usury is hidden in the legend of the Holy Grail.

The covenant obligation to take dominion and prosper in harmony with nature is subverted by secretive organizations. There is talk of Bilderbergers, and various Councils and globalist corporations. As if by design, the collective mind remains hypnotized by their Moloch magic of central banking with its perpetual (National) debts, money at interest and stock exchanges and income taxes.