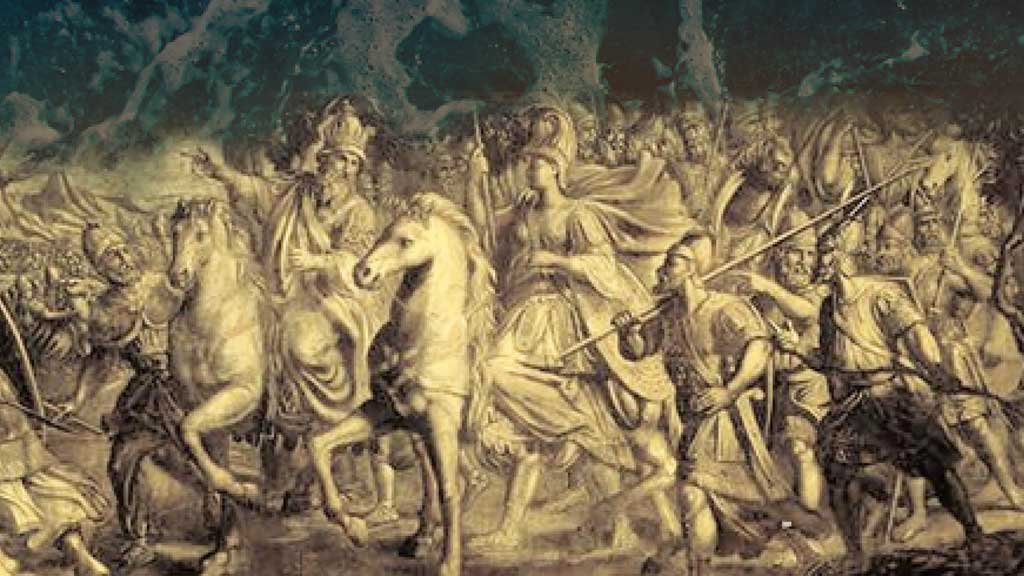 Mithridates and the empire of the Black Sea

A study by Duane W. Roller 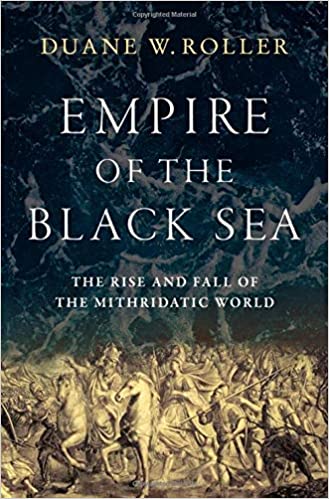 Over a period of more than two centuries, the Pontic dynasty of northern Asia Minor evolved from modest beginnings into one of the most powerful states in the Greco- Roman world. Its founder, Mithridates I, was a refugee from the unforgiving and violent politics of the years after the death of Alexander the Great in 323 bc. The dynasty culminated in its last and most famous king, Mithridates VI the Great, who died in 63 bc. Pontos was originally the north central portion of what is today modern Turkey, but at its peak the kingdom controlled central Asia Minor and most of the coastal Black Sea, with trade and commercial connections into Armenia, toward the Iranian plateau, the Caucasus, and the barbarian hinterland north of the sea.

Eventually Pontos was rivaled only by Ptolemaic Egypt and the lengthening reach of the Roman Republic. Much of the modern interest in the ancient Pontic kingdom has centered on the career of Mithridates the Great, but he was merely the last representative of a dynasty that began in the early third century bc as the world that had been left in disarray by the death of Alexander the Great settled into a number of hereditary and contentious monarchies.

Pontic power was slow to develop, but by the end of the third century bc Pontos had become one of the major regional states of the Hellenistic world. With the arrival of the Romans in Asia Minor, early in the following century, local politics became tangled with the effects of Roman policy, and the history of the last century of the Pontic dynasty is one of ever more complex relations with that power.

In early 63 bc, Mithridates the Great, king of Pontos, who ruled a territory that included most of the Black Sea coast, was in residence at his palace at Pantikapaion, just north of the sea. For thirty years he had been fighting the Romans for dominance in Asia Minor and beyond, and although he had won numerous victories, the overall trajectory was one of steady defeat for the king as Roman power spread to the east.

He had been forced to abandon his traditional capital of Sinope, on the south shore of the sea, and retreat to the farthest corner of his kingdom at Pantikapaion, one of the most remote cities of the Greco- Roman world, where winters were unimaginably cold and the barbarian threat was ever present.

Many of his allies and much of his family had abandoned him. Although he planned an invasion of Italy by going up the Danube and south through the Alps, imitating his famous predecessor Hannibal, he devoted most of his time to botany and pharmacology, in the long- standing tradition of scholarly royalty.

But eventually he realized that he had no other options, and thus asked a bodyguard to kill him. Thus ended the career of one of the most remarkable leaders of classical antiquity, the man whom his younger contemporary Cicero called “the greatest king since Alexander the Great.”

Mithridates— the sixth king of Pontos to bear that name— is the best known and last ruler of a dynasty that extended back to the early third century bc and his ancestor Mithridates I the Founder. Mithridates I was a product of the world after the death of Alexander in 323 bc. Alexander had left no plans for the organization of his vast empire, and thus there were forty years of political maneuvering, often violent, as the territories that he had left coalesced into three major kingdoms and several minor ones, which extended from the Greek peninsula to India. One of these was Pontos.

Empire of the Black Sea

Part I of Empire of the Black Sea examines the Pontic kingdom from its origins in the generation after Alexander to the death of Mithridates V around 120 bc. Mithridates I  the Founder— probably descended from the Persian aristocracy— emerged as a follower of Alexander’s successor King Antigonos I Monopthalmos (“the One- Eyed”) but eventually became a threat and had to flee for his own survival into the rugged mountains of northern Asia Minor.

He declared himself king at some time early in the third century bc and began to rule a sprawling unorganized territory that eventually became the kingdom of Pontos, establishing his capital at his new city of Amaseia on the Iris River. In time he acquired the port of Amastris on the Black Sea, which provided the emergent kingdom with an outlet to the rest of the world and resulted in significant economic benefits.

The Founder survived until 266 bc, when he was succeeded by his son Ariobarzanes. Ariobarzanes, who ruled for a decade, is little known. His son Mithridates II was the first to establish the international profile of the Pontic state. He participated in a collective effort to give aid to the island of Rhodes after an earthquake in the early 220s bc, and, more importantly, married the Seleukid princess Laodike IV.

The Seleukids were one of the major empires that had been established after the death of Alexander, and the largest territorially— extending at their peak from the Aegean to India—a nd their acceptance of a dynastic marriage with the king of Pontos is proof of the latter’s legitimacy as an important ruling power.

One of the couple’s daughters, Laodike XI, married back into the Seleukid family, becoming the wife of King Antiochos III in 222 bc, and therefore all successive Seleukids were descended from Pontic royalty. When their daughter Cleopatra I married Ptolemy V of Egypt, the Pontic line also became the ancestors of the remainder of that dynasty.

Thus much of the subsequent royalty of the Hellenistic world— into the Roman period— was descended from Mithridates II and Laodike IV, including its most famous representative, Cleopatra VII.

History is a lie

Mithridates II devoted his last years to expanding the kingdom, especially to the south and west, and along the Black Sea coast, dying sometime after 220 bc. His grandson Pharnakes I was one of the powerful kings of the dynasty. He came to the throne early in the second century bc and profited from significant changes in the political dynamics of Asia Minor, including the expulsion of his relatives the Seleukids from all of the territory except the southeast, and the arrival of the Romans, who were in pursuit of their nemesis Hannibal.

Part 2 of Empire of the Black Sea is centered on the career of Mithridates VI the Great, who reigned from around 120 bc to 63 bc. His career is well documented, and inevitably any study of the Mithridatic dynasty emphasizes his era. He was the only Pontic king who had a significant afterlife and who entered popular culture.

After contentious early years, when his claim to the throne was far from secure due to the issues surrounding the death of his father, he embarked on an ambitious program of expansionism, beginning with encircling the Black Sea. He brought the cities on its north coast—the region called the Bosporos— under his control. He also acquired the western part of Armenia, known as Lesser Armenia.

By the end of the second century bc he controlled not only the traditional land of Pontos but the regions all around the Black Sea to its east and north into Bosporos and beyond.

This book provides the first general history, in English, of this important kingdom from its mythic origins in Greek literature (e.g., Jason and the Golden Fleece) to its entanglements with the late Roman Republic. Duane Roller presents its rulers and their complex relationships with the powers of the eastern Mediterranean and Near East, most notably Rome. In addition, he includes detailed discussions of Pontos’ cultural achievements– a rich blend of Greek and Persian influences as well as its political and military successes, especially under Mithridates VI, who proved to be as formidable a foe to Rome as Hannibal…