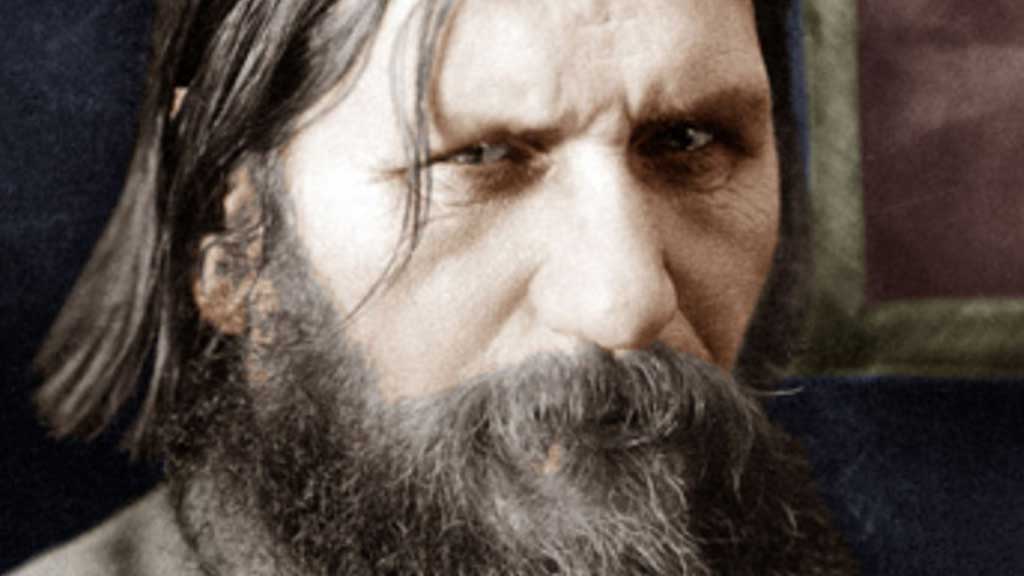 Rasputin, the untold story. A vivid if not lurid portrayal.

a book and research by J. Fuhrmann 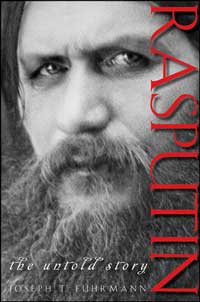 The detectives were too tired to run, too cold. For two long days they had patrolled the banks near the Petrovsky Bridge. They waited and searched, saying little, occasionally jumping up and down for warmth and huddling around their braziers, watching divers searching among the river’s ice floes for the body.

It had to be in the water: the bloodstains traced a grim path along the bridge, over the railing, and onto the snow below. A day passed in this fashion; curious crowds strained to follow developments. Finally, at a little past two in the afternoon, a river policeman noticed the sleeve of a beaver-skin coat frozen into the ice. It was the body of Gregory Rasputin.

The men hacked away at the frozen crust of the river with spades, picks, and sledgehammers. Then a menacing grappling hook dislodged the body from the ice and dragged it to shore. Strands of hair mercifully covered the distorted facial features.

Spectators groaned as they saw the blue silk shirt, the arms free and raised above the head, the legs wrapped together. According to some press reports, a few people armed with pots, buckets, and bottles ran to holes that were in the ice to scoop out the water that would supposedly imbue them with the strange power that had once animated Rasputin.

The story could not be true—the river was entirely frozen that day. It shows, however, that Rasputin was as controversial in death as he was in life. The controversies and questions have continued.

Was he a saint or satanic? Did his name really mean “debauched”? Was he a man of God or just a crafty manipulator? Could he heal through prayer? What was the secret of his appeal to women? How much influence did he have over Tsar Nicholas and his wife? Was he Alexandra’s lover? Did Rasputin control the Russian government during World War I? Was he a German agent? How much responsibility did he bear for the Russian Revolution?

Then there was his legendary death. It is said that Rasputin was poisoned, shot, and beaten; that he was unconscious but alive when the assassins threw him into a watery grave.

Did Rasputin actually drown? Did he free his right arm and make the sign of the cross before he succumbed to the icy river? And for that matter, what about the murder: Was it an aristocratic plot to save the Romanov dynasty? Did it involve British Intelligence?

Legend portrays Rasputin as the “Mad Monk” who rampaged through Saint Petersburg in an alcoholic haze, making love to scores of women, a symbol of excess and religious extremism. Rasputin was not a monk, of course, and he was quite sane, although he did embody the best and worst aspects of human nature—and exemplified the final, troubled years of imperial Russia.

Although he began with noble intentions and sincere convictions, he fell victim to greed, lust, and temptation. Some have said that he ended his life as an evil manipulator and debauched charlatan. Perhaps this is a bit harsh. You will decide this question for yourself, based on the facts presented in Fuhrmann’s book. A good read!