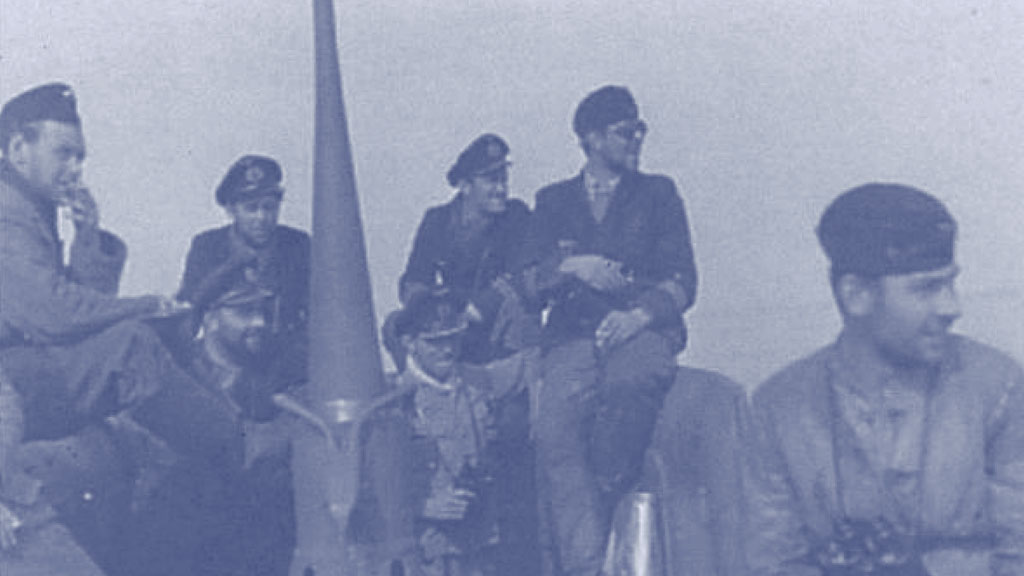 Memoirs of a U-Boat Rebel 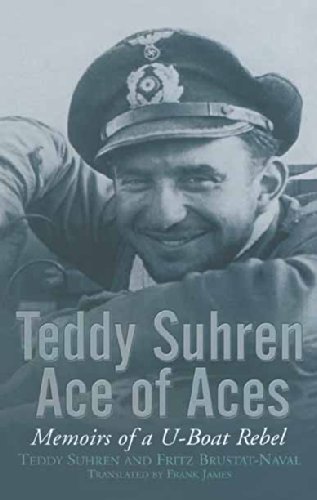 Teddy Suhren Ace of Aces: Memoirs of a U-Boat Rebel
Get it at Amazon

Reinhard ‘Teddy’ Suhren fired more successful torpedo shots than any other man during the war, many before he even became a U-boat commander. He was also the U-boat service’s most irreverent and rebellious commander; his lack of a military bearing was a constant source of friction with higher authority. Valued for his good humour and ability to lead, his nickname was acquired because he marched like a teddy-bear.

Despite his refusal to conform to the rigid thought-patterns of National Socialism, his operational successes protected him, and he found himself accepted in the highest circles of power in Germany. He was one of the lucky third of all U-boat crewmen who survived the war, largely because his abilities led to a senior land-based command. Suhren was also one of the first to publish his reminiscences, his account being typically forthright – its German title, Nasses Eichenlaub, suggesting that although he was decorated with the Oak Leaves, he was always in hot water.

He died in 1984 but interest in his career was revitalized by the discovery of photographs documenting one of his operations in U 564, published with great success in 2004 as U-Boat War Patrol by Lawrence Patterson. His collaborator, Frank James, was the man who discovered the significance of the photographs, and interest in the project led to his translation of Suhren’s own book.

To dwell on my nickname ‘Teddy’ for a moment. In the last summer holidays before my final school exams I was able to take part in a sailing course in Neustadt/Holstein, although the cost involved was not easily affordable by my parents. I had already done some sailing previously, and hoped to improve my skills.

To my disappointment pre-military training predominated in the school. Still, since I’d already applied as a potential officer in the Navy, and acceptance, as they impressed on me, actually depended on this cadet-training, we had to put up with it for good or ill. My appearance in this connection however caused some amusement.

One day the man in the rank behind me burst into roars of laughter – ‘My goodness, Reinhard, your marching makes you look just like a Teddy bear!’ It was really poking fun at the figure I cut, and I found it at first far from funny. I didn’t think much of marching anyway.

Later, as a recruit at Danholm, off Stralsund, I noticed across the way in the other division my friend from Neustadt, who cheerfully bellowed across at me, ‘Hi, Teddy, are you here too?’ And from that moment on, in the Crew of ’35, I became ‘Teddy’.

Only a tiny number knew my real first name. Such is life!

When one thinks of submarines one inevitably thinks of Karl Donitz, who commanded the German submarine service during the Second World War. When I got to know him, first as Kapitan zur See and then as Kommodore, he was ‘Fuehrer der U-boote’ (FdU). I served in the 7th Submarine Flotilla, the ‘Wegener’ , and was watch officer on U-48 under Kapitanleutnant Herbert Schultze.

My acquaintance with the FdU got off to a rather unpromising start. That too was over a matter of shooting. In the summer of 1938 the flotilla was conducting gunnery practice, and was firing with the 8.8cm gun at a target ship anchored in the distance. We on U-48 waited sixth in line for our attempt.

The boats before us fired away with all guns blazing -literally! Donitz was there as spectator, and landed eventually rather crossly on U-48, a thin man in his late forties.

The commander welcomed him on board. I was on the bridge, and reported to him as artillery officer, whereupon he remarked; ‘Are your thumbs broken?’ I glanced down, and saw that I had my thumbs spread out wide like a half-moon inside the thick protective leather gloves. ‘No, Herr Kommodore!’ ‘Then get on with the job!’

My transfer to the submarine service came about without any action on my part. I had frequently voiced the opinion that I could see myself in that kind of a role, but it fell on deaf ears. On the contrary, my superiors in the BI would dearly have liked to give me a command with the land-forces and make me creep about in the sand. However, I got on remarkably well with the FdU (and later BdU), who didn’t hold our first meeting against me.

Not being one to rely on his first impressions, Dönitz was not prone to proceeding on the basis of a quick glimpse of a man. On the contrary, he kept a close eye on his people, and revised his opinion ifhe found it to be incorrect.

As a way of double-checking, he then took his time in acting. I believe I was actually given accelerated promotion after my wretched training-record had been shown to be irrelevant.

Perhaps it helped that I was always open and honest with him, not concealing what I was trying to say, and didn’t try to make anything seem either better or worse than it was.

He never took my opinions and lines of argument amiss, though they were often very negative; on the contrary he valued them highly. With my transfer to the submarine service, suddenly a whole new world opened up for me. – Reinhard Suhren.

src. Teddy Suhren Ace of Aces: Memoirs of a U-Boat Rebel
A very interesting read. For everyone who deals with the submarine topic. It contains first hand information and not just blah blah.