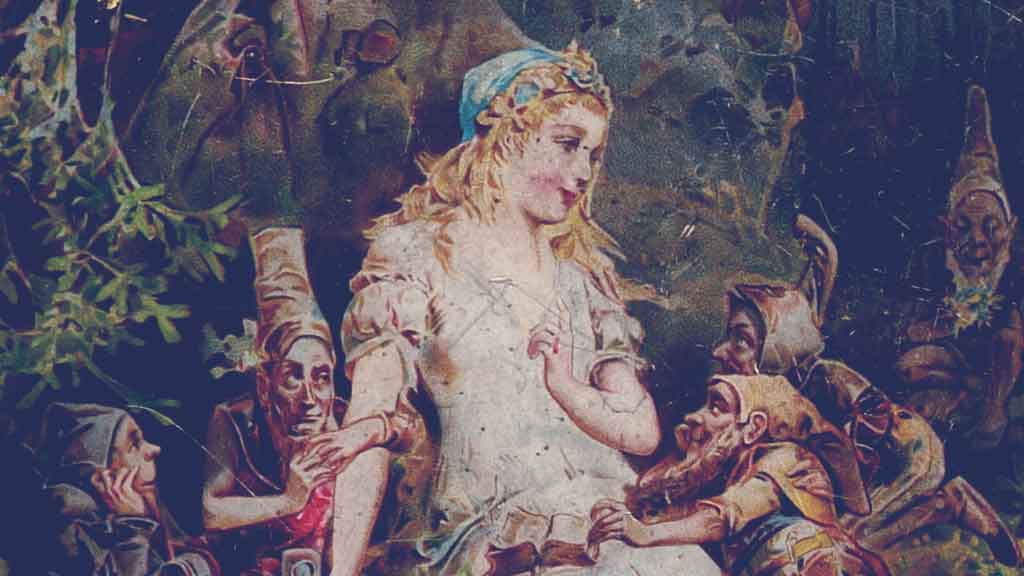 The Initiatory Path in Fairy Tales

Hidden within age-old classic stories lie the hermetic teachings of alchemy and Freemasonry. In his Mystery of the Cathedrals, the great alchemist Fulcanelli revealed the teachings of the hermetic art encoded in the sculpture and stained glass of the great cathedrals of Europe. What he did for churches, his disciple Bernard Roger does here for fairy tales.

It is customary to label as legend the story of a fabulous “fact” attached to either a place—a nation, forest, lake, tree, spring, or stone—or historical figure. This fact is often dated and rooted with the memory of a clearly defined social group. The nature of legend is “historical” and sedentary.

The tale, to the contrary, is a free traveler. Its origin is impossible to pin down, and its ubiquity has enthralled more than one folklorist. It is not rare for a specific theme to be found almost everywhere across the globe.

The origin of Tales

Since the nineteenth century there has been a greater interest in discovering the origin of these tales whose themes have circulated among various people for time beyond reckoning. During the time of the Grimm Brothers, it was believed that the tales contained remnants of the myths of the Aryans.

Cosquin destroyed that hypothesis by noting the existence of identical themes in the tales of the majority of the non-Aryan peoples scattered throughout the European continent. “Fairy tales,” writes Marie-Louise von Franz, “are poetic creations of the folk storyteller who draws his inspiration from the well of all the poets: the collective unconscious.”

The origin of the French noun conte (tale) has some surprising elements. It can be found in the eleventh-century Song of Roland, where it means “calculation,” and at the end of the twelfth century in the work of Jean Bodel, where it means “narrative.”

Rendre conte, like the contemporary rendre compte, once meant paying off a debt as well as telling a story. Conte, from the Latin computo, I reckon, did not take its current form for the meaning of “calculate,” compte, until the thirteenth century, which it did to distinguish it from conte in the sense of “story.” In short, both conte and compte were derived from a Latin word meaning “to calculate.”

Like numbers, the themes around which the tales handed down through the generations revolve were born with humanity, or perhaps it is thanks to them that humanity came into existence. Like numbers, these themes form part of the foundations on which humanity relied to emerge from the animal kingdom.

The same kinship existing between compte and conte can be found in the old English tall, which has the meanings of words, as well as the German zählen, “to count,” and erzählen, “recount.” But for what we commonly call a fairy tale, the Germans use the noun Märchen. This word was once spelled Mährchen, a diminutive of Mähre, which designated both a tale of this nature and a bad horse.

How far back do we have to go to find the oldest wife and storyteller? Wouldn’t it be the “Mother of the gods,” the extremely ancient goddess known as the Great Mother, the above ground and underground Mother Nature herself? While Christianity cast this “black Madonna” into Saint Anne, Christ’s grandmother, she can be found in some tales in the ambiguous role of the ogre’s wife or the surprisingly kind one of the “devil’s grandmother.” She can often be recognized beneath the ugly, wrinkled skin of the witch.

Among the names given these tales, that of one-eyed stories is certainly the least gracious. Figuratively speaking, the adjective “one-eyed,” which can mean “shady” in French.

However, the one-eyed had illustrious ancestors. A Roman legend tells how the hero, Publius Horatius Cocles, in the sixth century BCE, denied the troops of the Etruscan King Porsenna passage across the Sublicius Bridge over the Tiber, thanks to the paralyzing power of his one remaining eye, thereby saving the young Roman Republic.

And the Scandinavian god Odin, also with only one eye, could, with a single glance, freeze his enemy or dull the cutting edge of his weapon. A completely amoral warrior god, he was capable of awarding victory to the most undeserving, as stated in this verse of an Eddic poem.

Shut up Odin
You have never known how
To divvy up victory among men;
Often you give it
To he whom you should not have given it,
To the poltroon, the victory.

It was in exchange for one of his eyes that Odin obtained his magical powers as well as his poetic knowledge, from a giant named Mimir, whose name means memory. The Germanic Wotan corresponds exactly with the Scandinavian Odin, and he can also be compared with the Irish Balor, king of the Fomorians, he of the dark powers who also saw with only one eye.

The adjective one-eyed, used to describe “old wives’ tales,” cannot help but reveal the sacred and powerful nature of these singular figures, which lies beneath the amusing form of the stories. Like the “one-eyed” individuals of the Roman legend or Norse myths, these tales have the power to captivate those who hear them and into whom they inject their force and teaching.

In the etymological and true sense of the word, initiation means “to put on a path, to introduce someone into a way.” It involves a dynamic projection starting from an initially static position. There’s always more than meets the eye. A very good read on the subject:

The Initiatory Path in Fairy Tales: The Alchemical Secrets of Mother Goose.