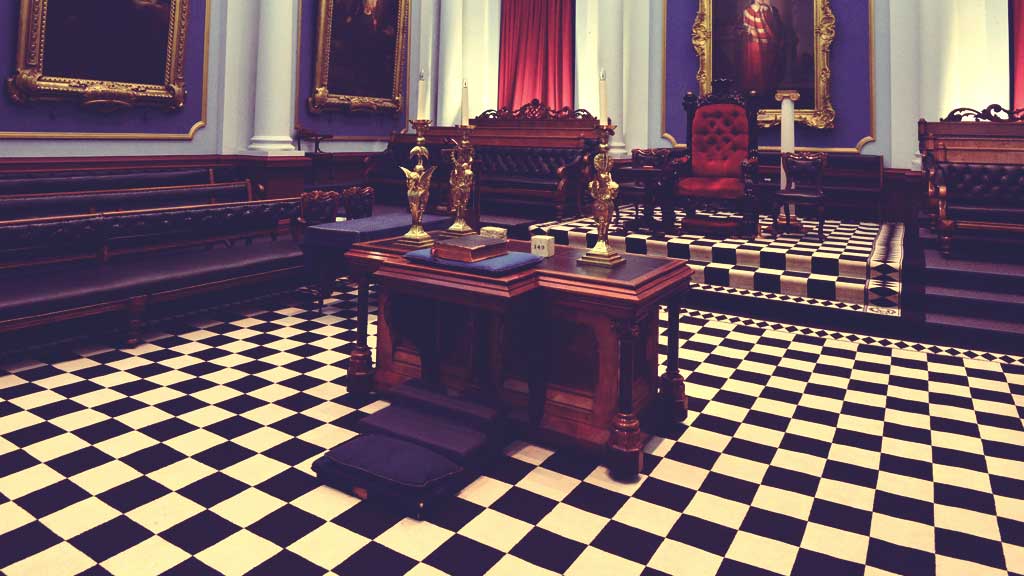 The origin of a lodge

A Lodge is the basic working unit of most secret societies in the western world, the lodge derives its name and many of its customs from the operative stonemasons of the Middle Ages.

At each building site, the masons would construct a one-story wooden building, called a lodge, as a workplace. Meetings of stonemasons’ guilds and initiations of new guild members would often be held in the lodge, with one member – the tyler, in later Masonic language – posted outside to make sure that non-members did not enter.

Like most medieval guilds, stonemasons’ guilds opened and closed their meetings with a brief ritual and a prayer. The master mason in charge of the building project and his two assistants, or wardens, had absolute authority over the building site. But concerning the decisions affecting the community of working masons, every qualified mason had an equal vote. They arranged everything, like in other guild, in a roughly democratic fashion.

Many of these features remained standard practice through the transition between operative stonemasons’ guilds and early Freemasonry. By the eighteenth century the word “lodge” meant a local group of Freemasons under the authority of a Master, rather than the building (by then, usually a private room at a tavern) where they met. 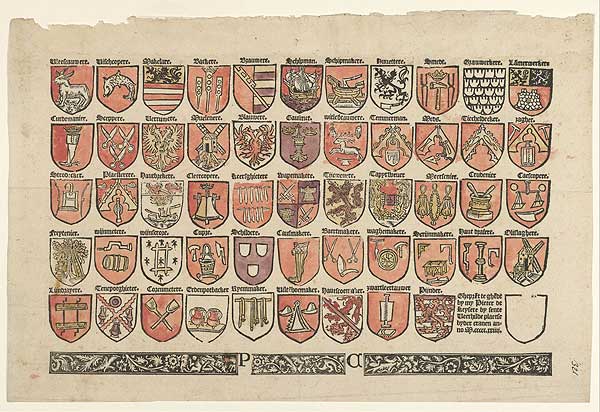 The simple opening and closing ritual of the operative guilds had expanded substantially, and the two degrees of initiation (Apprentice and Master) of the guilds had grown into three, with many more on the way, but lodges still governed their affairs by a combination of the Master’s authority and the votes of the lodge members.

These features were borrowed by other secret societies starting in the eighteenth century. And by the nineteenth century lodges of many different secret societies shared a common language of architecture, behavior, and symbolism. Three raps with a gavel, for example, will bring the members to their feet in lodge meetings of most secret societies. Most Lodges aren’t that different. Lodges of the Freemasons, Odd Fellows, and Knights of Pythias for instance, can easily use one another’s lodge rooms for meetings by shifting the positions of a few chairs.

In these and nearly all other lodges, the officers sit in assigned positions around the outer edge of a rectangular lodge room, with seats for the members on the long sides of the room. The floor space is open, to allow for ritual movement. The center of the lodge may have an altar with the Bible on it, though this varies from one secret society to another. For example, Masonic and Knights of Pythias lodges have an altar in the lodge, Odd Fellows lodges do not. One lodge officer sits inside the door to the lodge, and another posts outside. 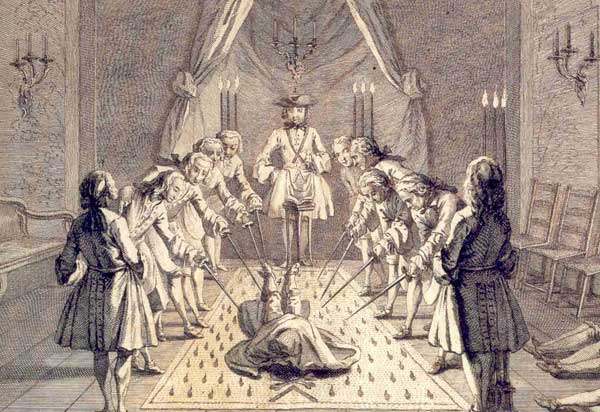 Members who wish to enter a lodge after it has been ritually opened, must give the proper password to pass through the door. Then they advance to the center of the lodge and make a secret sign of recognition. The presiding officer needs to recognize them first before  they can take a seat.

While the vast majority of traditional secret societies use standard lodge procedure, not all of them use the word “lodge” for their local groups. Even within Freemasonry, the Royal Arch has chapters rather than lodges, the Templars have commanderies or encampments (depending on jurisdiction), and the Scottish Rite has valleys in which Lodges of Perfection, Chapters of Rose-Croix, Councils of Kadosh and Consistories hold their meetings. Outside Masonry the options become much more varied.