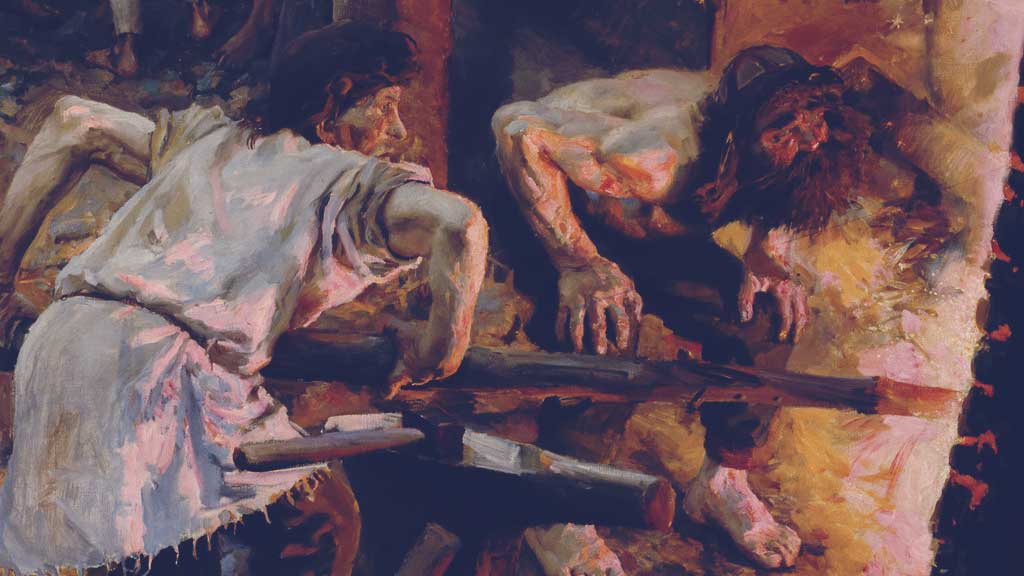 The Holy Grail, The Sampo and the Golden Fleece

An enigmatic depiction of the golden fleece quest: an Athenian Red-figure cup discovered in 1834 and attributed to the Athenian painter Douris (c. 480 BC) shows in its interior the goddess Athena who watches as a huge serpent disgorges a man, alive. Behind them is a tree with a ram’s skin in its branches. These clues assure us that the hero is Jason. The artist has also taken care to label him (the name is inscribed between his arms and long hanging hair). But in the hundreds of references to the Argonauts in ancient sources, not one mentions that the hero ever was swallowed by the dragon that guarded the Golden Fleece.

The Holy Grail and the Finnish Sampo 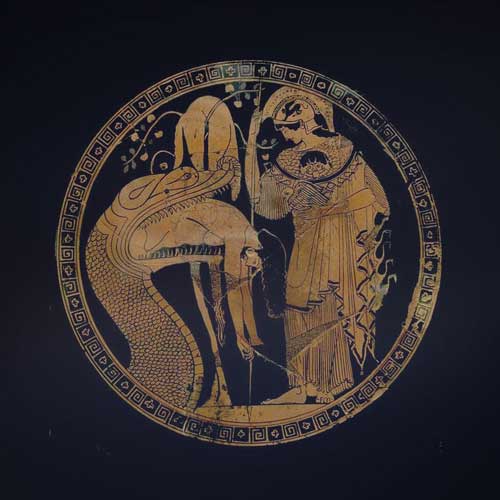 Is it possible that Douris made up a new version, and if so, why? It has been suggested that Jason, in this otherwise unattested variant, undergoes the sort of near-death experiences that Odysseus, Heracles, and Orpheus endured on their journeying to the underworld. Comparatists will naturally adduce the Biblical story of Jonah in the whale. But there is another tale, a marvelous Finnish legend about the hero Ilmarinen. A giant fish swallowed this hero too and then he was reborn again.

A variant of the story shows that the fish was really a womb . . . Remember that the cauldron or cup symbolises the womb.

In the Arthurian legend, we can read that Arthur went into the Underworld looking for the ‘cauldron of resurrection’. This confusing subtle element shows that the Underworld and the cauldron were additionally seen to be two altogether distinctive things.

Ilmarinen was the Eternal Hammerer, a smith and great inventor, maybe a now-a-days scientist. The great works of Ilmarinen include the crafting of the dome of the sky and the forging of the Sampo. The Sampo was a magical artifact that brought good fortune to its holder. When the Sampo was stolen, it is said that Ilmarinen’s homeland fell upon hard times and he sent an expedition to retrieve it, but in the ensuing battle it was smashed and lost at sea.

Again there are many different stories and variations about the Sampo and Ilmarinen. Lönnrot used many variants of the original runes in compiling the Kalevala. Kalevala is regarded as the national epic of Karelia and Finland based on oral folklore. For example, here Ilmarinen goes willingly to Pohjola to forge the Sampo, in order to redeem the sage, Väinämöinen from death.

Pohjola is assumed to be the most extreme North. It is a dark and terrible place. Some claim it’s also Tartarus, Hyperborea and Ultima Thule. In addition, the same rune portrays Ilmarinen as returning home successfully with the enigmatic and extremely beautiful Maiden of the North.

In another folklore Väinämöinen tries to awe Ilmarinen with tales of the maiden’s beauty and so lure him to Pohjola. Ilmarinen sees through the sham, however, and refuses. Not to be outdone, Väinämöinen tricks the smith into climbing a fir tree trying to bring down moonlight that is glimmering on the

branches. Conjuring a storm-wind with his magical song, Väinämöinen then blows Ilmarinen away to Pohjola. Once there, Louhi the toothless witch and her beautiful daughter approached Ilmarinen. When Ilmarinen saw this graceful daughter, the Maiden of Pohjola he consented to build a Sampo.

After many failures, angered at his lack of success, Ilmarinen conjures the four winds to fan the flames. The winds blow for three days, until finally, the Sampo is born. Returning triumphant to the Maiden of Pohjola, Ilmarinen bids her to become his wife. To his dismay, she refuses to leave her native land, forcing him to return home alone and dejected.

It is striking again that the Northpole is once more linked to a dwelling place of mighty people or an omnipotent race. It’s indeed a region of heaven as well as hell. The Northpole is Ultima Thule and in Greek myths Hyperborea.

Because Arthur is ‘Arth’ the Bear, one can find him among the celestial bears. Polaris, the North Star, our pole star at the present time is part of Ursa Minor (the small bear), the little dipper, the still point around which the Northern heavens turn. As known in many old cultures and by the ancients, it forms on its path through the skies a …. swastika. The Holy Grail and the Swastika are related.

A small sidestep 😉 Ilmarinen occurs in the song “Rauta”.  Performed by the great band Korpiklaani.