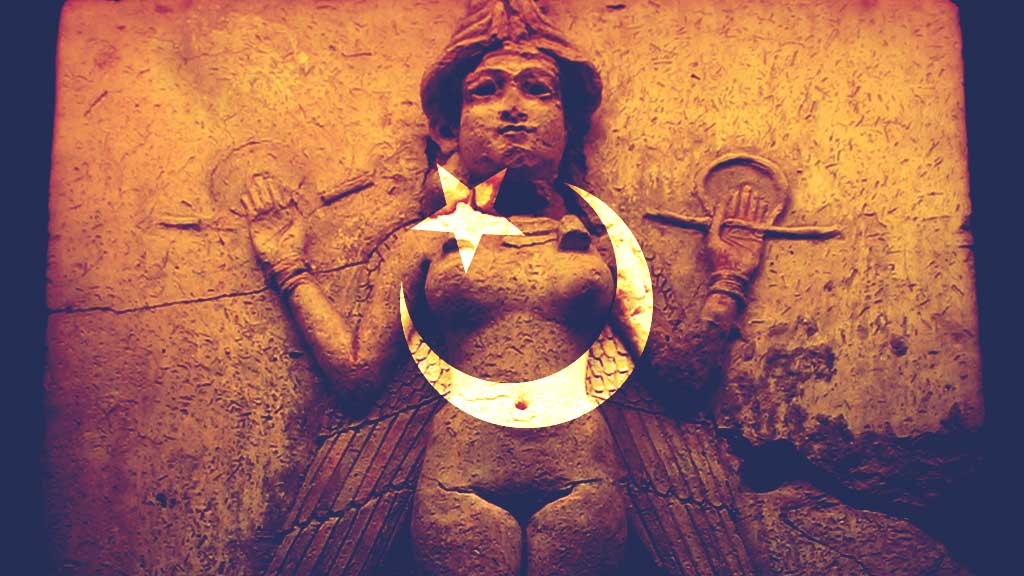 It was Rodin who stated that “Man never invented anything new, only discovered things.” Although it’s correct to say that certain symbols have been man-made for a particular purpose, it’s just as correct to argue that everything is somehow inspired by the natural world around us, by the forms of nature, plants, animals, the elements. Even a reaction against the fluid forms of nature is usually inspired by a desire to offer an alternative. Occasionally the revelation of a natural sign or symbol is instant; other such discoveries are the result of many years of painstaking observation…

Crescent Moon and Star the symbol of Lucifer Venus and Ishtar

Venus is the only planet whose dancing around the Sun in the depths of space depicts such a distinct and unique shape, and we can only imagine the sort of marvel that must have been experienced by the ancient Akkadians who were one of the first to chart the pattern into clay. The Akkadian Empire was the first ancient Semitic-speaking empire of Mesopotamia, centered in the city of Akkad.

They also understood that the Morning Star and the Evening Star, formerly regarded as 2 different celestial bodies, were one and the same. This discovery had a profound impact, which has thrown such a long shadow over the origins of its symbols. Here’s why.

Due to Venus’s proximity to the Sun, its light can often be obliterated. Therefore it is observable only in the early morning or in the evening. Both right before sunrise or just after sun-set. The Greeks named the morning star Eosphoros, “bringer of the dawn”.

Later, the star would be called Lucifer, the brightest of the angels thrown out of the Heavens. As the Evening Star, it was referred to as Hesperos, “star of the evening” The Greek word ἑσπέρα (“hespera”) is evening, which gives us the name of evening prayers, or vespers – in Latin vesper (evening)).

It needs 8 years and one day for the appearances of Venus to complete a whole pentagram. Nowadays we are able to plot these motions fairly easily, however for the ancients the method must have been sophisticated and painstaking.

The Goddess that we know as Venus was, to the Akkadians, Ishtar/Inanna, a powerful divinity not only of love and harmony but also Goddess of War and destruction. And again we encounter the contradiction of reality as referred to by Ulva Naumann in Maier files and by bright minds as Goethe, Shakespeare, Bacon, Charles Lutwidge Dodgson, better known by his pen name Lewis Carroll and many others. Venus is the single major planet of our solar system, aside from the Earth itself, to be designated a feminine spirit. 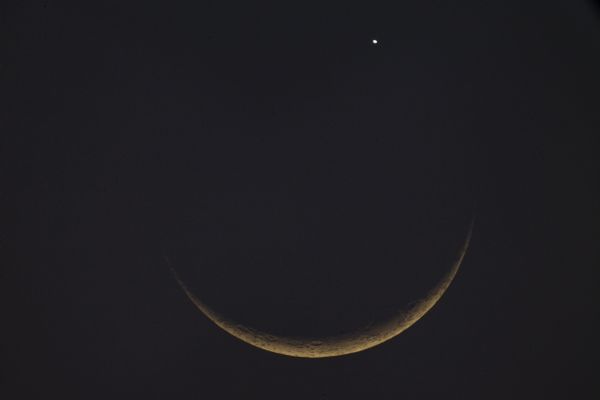 The Mayans determined their calendrical system from the movements of Venus. They chose propitious positions of the planet to decide the time of a war. The five-pointed star that is still used as a military symbol. It is stenciled onto tanks, for instance, or applied to insignia. And this derives from the stately movement of this great astral Goddess.

Likewise, the apple given by Eve to Adam contained a hidden symbol within it; the pentagram created by the pattern of the pips. Eve offered Adam not only knowledge of the divine feminine but supplied him a representation of the true marriage of opposites. A holy grail indeed.

It represents the feminine number 2 wedding to the masculine number 3.

Eve, consequently, personifies Ishtar/Venus/Aphrodite as the Goddess of sensual love and carnal love. Venus, incidentally, is the derivation of the word “venereal”. The Bible demonized Ishtar as the Whore of Babylon. Her worship day is on Friday.

Birds and their symbolic meaning

So, an apparently simple phenomenon like the pattern made in the sky by the path of a planet can be full of complexities and contradictions. This not only clarifies some aspects of the symbol but also poses further questions.