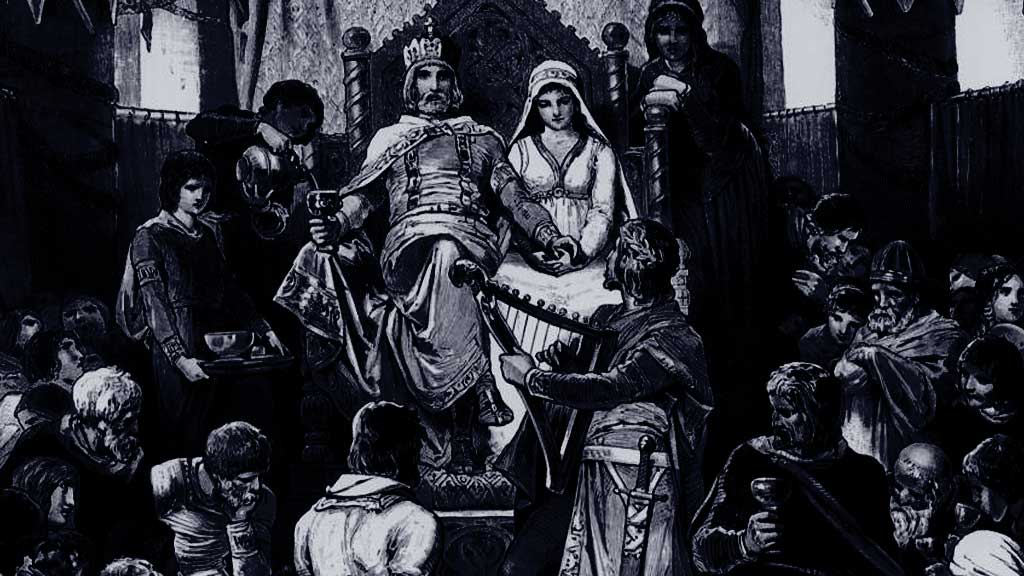 Who were the keepers of forgotten knowledge?

The writer Aventinus stated that the Minne and the Minnesingers did not have anything to do with love and constant courting. Minne means “memories”. The sonnets render last honors to old lords, to the proud history of a folk and their secrets. In these songs one can find a hidden knowledge … Troubadours or Minnesingers such as Wolfram von Eschenbach proclaimed Sibilla a prophetess, a pythia of the Grâl and she dwelled inside a magical mountain.

A pythia was the high priestess of the cult of Apollo at Delphi. (Comes from Pythos=snake). Even in Italy there’s a tale of the lady of the lake, known as ancient, wise Sibyl, who lived inside a hollow mountain with snakes.

The grotto was accessed from the town of Norcia, in the Umbrian mountains – a place believed to be inhabited by witches. Remarkable is the fact that the Ostrogoths reigned over Rome for a relatively short time, the name of the royal Gothic dynasty was Amaler, and their ancestors were said to be “deities” known as Ansis or Asen, the lords of the Gothic treasure, which included the Grâl.

The Ases and Asgard

The name of the gods of the North, the Ases, are widely held to have derived their name from the word ass which means ‘column, post, central’. In almost all Geman works on mythology they are referred to as “pillars of the world” …

People of the pagan epoch worshiped, under the name of Asgard, as the domain of the gods, and under the name of Hel, as being the divine kingdom of death, was sung about, by the heretics and troubadours of the Middle Ages, under the names of ‘Grail Mountain’, ‘Rose Garden’, ‘Arthur’s Round Table’, ‘Mountain of Venus’ or this ‘Mount Bel’ in flames, into which Dietrich of Bern penetrated. And being deemed “the highest recompense of terrestrial aspirations”, they were in Wolfram von Eschenbach’s parlance, always the goals of quests.

But that is not all: what the Greeks of pagan times perceived as the island of Æa, towards which the Argonauts and Heracles sailed, was none other than the Hellenic reflection of Nordic Asgard, and, as a result, a representation of mediaeval Grail Paradise, the Arthurian round table, the rose garden and the Mountain of Venus.

When Laurin, the king of the rose garden, confided to Dietrich of Bern the secret of the fire mountain, which divinised, he also pointed out to him the route that he should take: a “well-traced route”. It must have been one of the ancient amber trails …