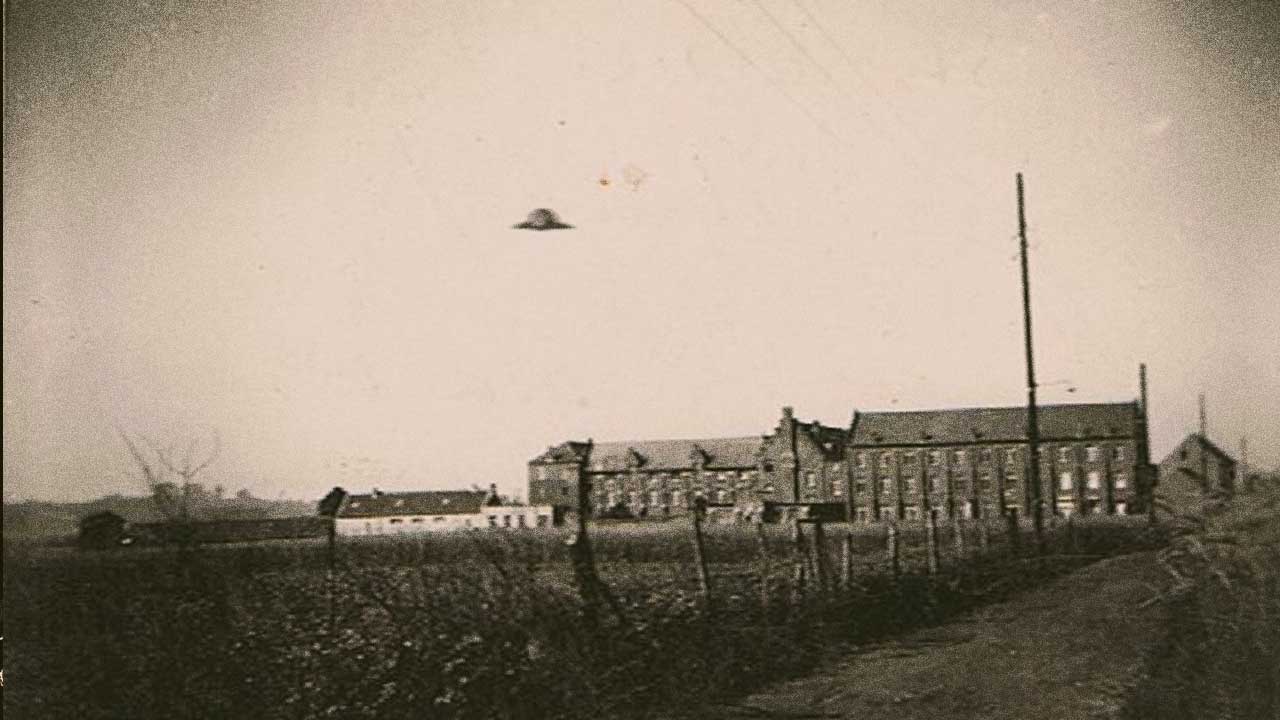 German saucers and the Roswell crash

This is a relating topic with the history of Otto Maier and the myth about his mysterious engine. In July 1947 a saucer shaped object dropped out of the sky in Roswell, New Mexico. Choosing the explanation that extraterrestrials manned a spacecraft and crashed it in Roswell is the least probable explanation of all. Farrell shows this realistically in his book Roswell and the Reich. Maybe authorities want us to believe the E.T. story, but it has no connection to nearly all of the recognized facts.

In his Roswell and the Reich, alternative science and history researcher Joseph P. Farrell presents a very different scenario of what crashed in Roswell, New Mexico. Why  does the U.S. military cover-up this event to this day? 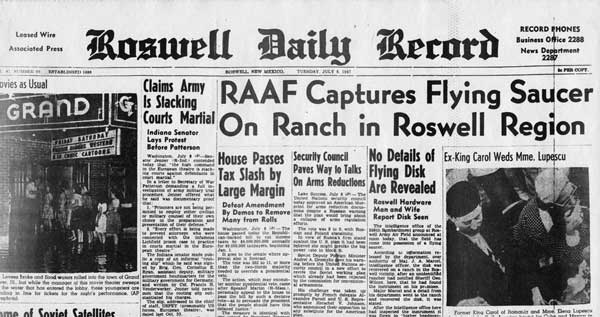 Farrell presents a fascinating case. Namely, a crash of a craft straight out of the secret vaults of Nazi Germany. A result of continuing developments of confiscated technologies from Germany at the end of the war. It reads like an in depth judicial brief, analyzing the testimony painstakingly, invalidating witnesses, and also accurately ruling out evidence. However, after one has plodded through it, the verdict is persuasive. One can find zero reasons to postulate an extraterrestrial incident whatsoever. 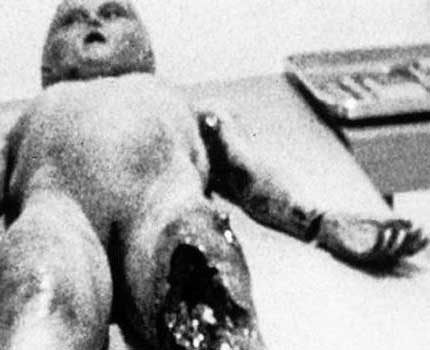 There were no bodies —and even though there were, one can find no rational arguments to assume them extraterrestrial. While there were indisputable sightings not to mention remarkable artifacts.

For instance numerous metals lacking any alikeness to any-thing experimental in western or American laboratories, let alone in use. But there was no strong rationale to speculate anything at all other than a terrestrial explanation. Furthermore, the likelihood of infiltration by military intelligence personnel into the Roswell research community was undeniable. 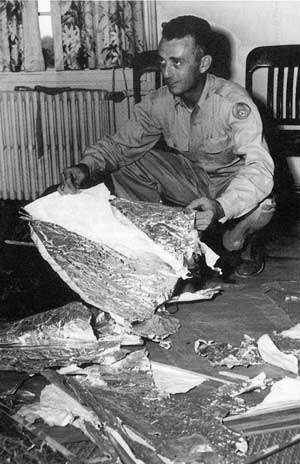 There are as a result two data-sets that whatever theory of the Roswell Incident must seek to rationalize.

In short, any specific theory that aspires to clarify Roswell has to answer two incontrovertible facts. They found indeed remarkable, unfamiliar metals with puzzling properties at Roswell.

These metals unquestionably originate from a manufacturer outside the USA. Secondly the findings Farrell recounts, claim that they didn’t find any bodies at the crash site. Should smart beings fly these crafts, they were guiding them remotely.

Farrell states. By July of 1947, there were abundant clues that were beginning to be pieced together by American intelligence that Nazism had survived not only in isolated enclaves, but that it was an organized international force. And by the mid-1950s, it was abundantly clear to the U.S. Air Force that those Nazis had continued to research independently their most extraordinary projects and sciences, and that they were making penetrations into the most sensitive areas of the American military-industrial-intelligence complex.

Similarly, from the first reactions of Roswell in 1947 to the Robertson Panel in 1953, it was obvious that the experts had an agenda to retain these kinds of military secrets ‘under wraps’.

The Robertson Panel was a scientific committee which met in January 1953 headed by Howard P. Robertson. The Panel arose from a recommendation to the Intelligence Advisory Committee (IAC) in December 1952 from a Central Intelligence Agency (CIA) review of the U.S. Air Force investigation into unidentified flying objects, Project Blue Book

It was their concerted conviction to educate the public in what the experts desired it to believe—for the sake of national interests. It was better to keep the whole possibility of Nazis covered up and control the masses however it could. At that given time, inventing an alien belief for the kooks was not a bad option. Therefore, The Robertson Panel came to the following conclusion.

This education could be accomplished by mass media, television, motion pictures and popular articles. The panel advised that mental health professionals familiar with mob psychology should design the “education” program. It also recommended that UFO organizations should be surveilled “because of their potentially great influence on mass thinking if widespread sightings should occur. The apparent irresponsibility and the possible use of such groups for subversive purposes should be kept in mind.”

Following these recommendations the authorities must observe the UFO lovers cautiously. Who knew what turmoil they would stir up?

But what to with the testimonies of Allied pilots who encountered plenty of the so-called Foo-fighters toward the end of World War Two?

The Panel concluded it was just an exotic type of Nazi and/or Japanese technology.

They posed no real danger to national security. No less an authority than the well-known combat pilot Jimmy Doolittle cited this conclusion in his report ordered by the Panel.

Loosely translated this means the following. It’s best to keep the public in the dark while we play catch up with the Nazis—whoever they are and wherever they might be.

So the obvious question arises … From where did those rogue German or so called ‘Nazi’ activity after World War Two operate?

That is, apart from captured Nazis post-World War Two scientists now working within the military programs of the USA or Soviet Union. Is there any evidence that points to the location accommodating this potentially threatening activity?