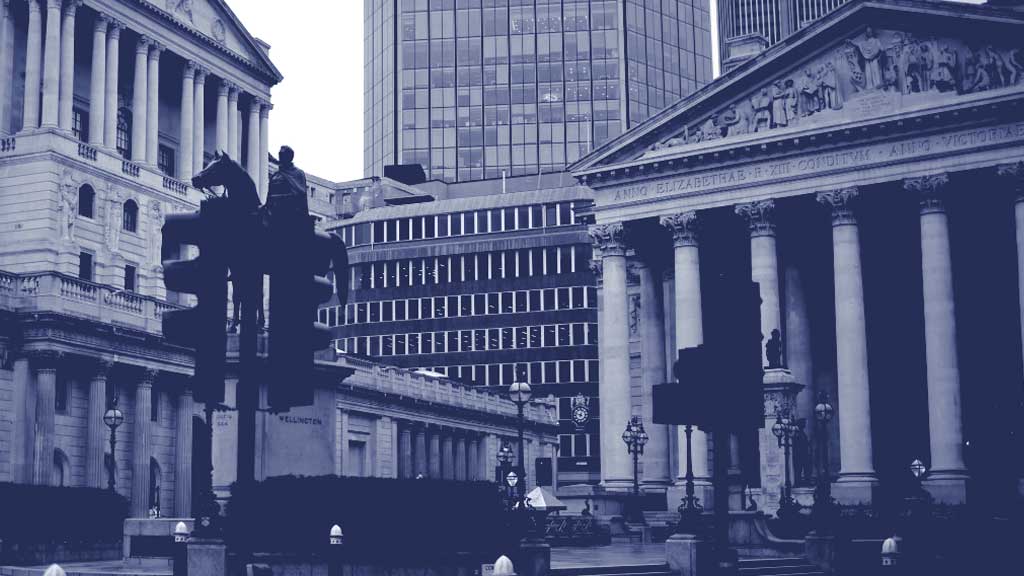 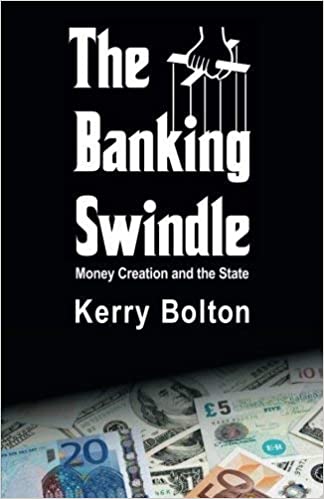 The Banking Swindle
Available at Amazon

“History is bunk” is a cliché with which we are all familiar. Having studied usury and fractional reserve banking intently and knowing who was behind it all, when Henry Ford uttered those famous words in 1916, what he really meant to say is that history is untrustworthy.

The second factor is that history is full of omissions, which Ezra Pound warned students of the University of Wisconsin in a paper he wrote for them in the spring of 1935. Finally, about 20 years ago a decision was taken by the powers that be to abolish the teaching of economic history in the commerce faculties and business schools of most of the universities around the world.

Economic history has thus been consigned to the Orwellian “memory hole” together with all those flourishing and viable monetary systems of the past.

The knowledge (sic) has been fixed, at least in the minds of the arrogant and ignorant central bankers, and only one system is tolerated, orthodox finance; viz. that, with the exception of bank notes and coin, the creation of the means of exchange as an interest bearing debt, may only be undertaken by privately owned banks for their exclusive benefit.

The exponential rate at which both public and private debt plus interest is compounding and accelerating is unsustainable, particularly as the underlying populations bearing this increasing burden in North America, Europe, China and Japan are shrinking.

One can only assume that these insane financial policies are by design and that when the international banking system crashes, it will be replaced by a World Reserve Bank and the subsequent universal enslavement of mankind. This admirable volume serves not only to fill these gaps in our history, which have been deliberately created, but to remind us of the glories and successes of the past, and to give hope and sustenance for the abundance and prosperity, which all of us can share in the future.

In the midst of the global debt crisis, with riots, bombings, default, and failed policies proposed from all sides of politics, the world is floundering about with less understanding of the problems and possible solutions than our ‘less educated’ parents and grand parents during the Great Depression.

The scribbling and chattering classes have hardly helped; indeed they have obfuscated the character of economics and finance, and one might be tempted to conclude that is the job of many of them. Eighty to ninety years ago our parents and grandparents understood what was needed in regard to the problems that descended upon them from ‘above’. As the iconic New Zealand Labour politician John A Lee remarked in his pamphlets of the time, the problems of banking and the need for reform were understood and debated throughout the population, in pubs, on buses, at work…

The people did not need a tertiary education in economics to understand what was wrong. People such as Lee and the New Zealand businessman and magazine proprietor Henry Kelliher explained the situation in the simple terms that are more sufficient than the explanations provided today by economists, with jargon that means nothing in real terms. The nationalisation of the New Zealand Reserve Bank, and the necessity of issuing state credit was the main platform that brought the First New Zealand Labour Government to Office in 1935.

The Government dealt with the Depression not by outmoded socialist theories from the 19th century, but by intervening in the key area of banking. The impetus for this had not come from Marxists, who opposed Lee’s efforts, but from the burgeoning Social Credit movement that had emerged over the British Dominions. Banking reform had been promulgated successfully by two men of the ‘Right’, the above named Kelliher, and the then well known banking reformer A N Field, whose books, such as The Truth About the Slump, became best-sellers in 1930s New Zealand.

The same year, (1935) Social Credit assumed Office in Alberta, Canada. Throughout the Western world, in the aftermath of World War I, a decade prior to the Great Depression, there was widespread demand for banking reform. This demand was more likely to come from the Right than from the moribund Left, which could not think much beyond taxation and nationalisation (like the present ‘Occupy Movement’ in response to the current debt crisis).

Indeed, in Germany, that nation’s leading banking reformer, Gottfried Feder, attempted to interest the short-lived Soviet Republic in Bavaria in his plans for banking reform, only to be rebuffed, but finding a ready audience in the embryonic German Workers’ Party, which fifteen years later partially implemented the Feder plan and set Germany on the course to recovery amidst world Depression.

Now the whole parasitic debt finance system totters and falls like a house of cards, as the greed of bad investments based on usury captures up with the money-lenders. In the USA, Ireland and Spain the crisis was precipitated by mortgage lending, which could not be sustained.

The common folk in indebting themselves while not receiving sufficient income to keep up mortgage repayments and sundry other debts, went bust, which ran down through the entire financial system, causing state defaults in some instances, while other states sell their assets to pay off their debts.

Hence, for example, Greece gave away her income from Airport fees and lotteries to Goldman Sachs in exchange for hiding Greek debt from European Union auditors.

The international banks meanwhile are bailed out by Governments, which should instead be releasing money directly to their people. Jerome L Stein, Emeritus Professor Economics, Brown University, in referring to the origins of the Irish debt crisis, explained the situation, which also relates to the global debt crisis in general:

The growing construction boom was financed by Irish banks which in turn were financed by external financial markets where inexpensive funds were available. In the last four years of the boom from 2003 onward banks competed aggressively in the mortgage markets with little regard for the creditworthiness of the mortgagors.

At the end of 2003, net indebtedness of Irish banks to the world was over 10 percent of GDP. By 2008, borrowing mainly for property jumped to over 60 percent of GDP. Even before the failure of Lehman Brothers in September 2008, Irish residential properties had been falling for more than 18 months.

What is wrong with a little debt?

At no point throughout the period—even as the crisis neared—did the Central Bank of Ireland, and the Financial Services Authority staff believe that any of the institutions were facing serious underlying difficulties, let alone insolvency problems? When the crisis occurred, the collapse of construction and the fall in property prices led to the insolvency of banks. Their net worth vanished.

The state took large equity stakes in most banks and issued government guaranteed bonds. Although Ireland’s public debt immediately prior to the crisis was low, the fiscal deficit and public sector borrowing surged. The primary reason for the surge in the deficit was the collapse of tax revenues in 2008–09 due to the collapse of the housing sector. In whatever state one looks, as this book shows, the destabilising factor ultimately rests with the parasitism of the private banking system based on DEBT.

This book (Banking Swindle) is based on a series of articles written during 2010-2012 for sundry journals. The material has been heavily re-written, adapted, supplemented and reorganised. In the midst of debt crisis, with the prospect of those responsible for it coming up with another wondrous ‘solution’ that will only increase their power, the aim here is to show that there is a genuine solution, that will on the contrary, destroy the power that the money-lenders have exercised for centuries.

The solution moreover, has been tried before and it has worked, on both small and large scales. It is a solution that is more from the ‘Right’ than from the ‘Left’, although non-dogmatic, non-Marxist Leftists such as John A Lee recognised the urgency of the demands. Moreover, what is demanded by such changes in the banking system is not – like Marxism and other forms of the Left – based on the smashing of tradition and millennia of cultural legacy – but, to the contrary, on the restoration of tradition.

It does not demand the ‘abolition of private property’, as per Karl Marx, but results in the wider distribution of property among all classes, freed from the burden of mortgages and other crippling debt. Financial reform is a natural, organic means of getting out of the increasing slavery of debtbondage. It releases creativity, freedom, and inventiveness, while Marxism and Capitalism alike crush these human qualities, in the name of ‘equality’ under Marxism, and in the name of ‘Market Forces’ and ‘efficiency’ under Capitalism.

There is a third way, which is not ‘new’ (or ‘old’) but which is eternally relevant, as the organic laws that govern economy are merely premised on the logic that currency and credit are intended as a convenient means of exchanging goods and services, and should always remain a mere token rather than become a profit-making commodity.
src. The Banking Swindle (Kerry Bolton)

Kerry Bolton tracks back the Money Power to ancient times and explores how it re-entered Europe via the Dutch Republic and the nascent British Empire. He describes in no uncertain terms how the Money Power was behind many of the conflicts we mistakenly assume were purely between competing Nation States. He rewrites Western History as an ongoing struggle against Mammon’s Empire.

The Banking Swindle is well researched and fast paced and analyzes both the political and monetary realities of the last few centuries. Dr. Bolton’s research of the many different proposals for monetary reform in different parts of the world throughout the ages, providing a much welcome comparative history, is exemplary. His analysis of the Marxist-Capitalist Dialectic is indispensable. The Banking Swindle is a highly recommended primer for all those awakening to the political realities mainstream media and science desperately try to ignore. Most useful for monetary reformists looking to get a better grasp of the available proposals. A most welcome effort in a struggle that is close to its climax.