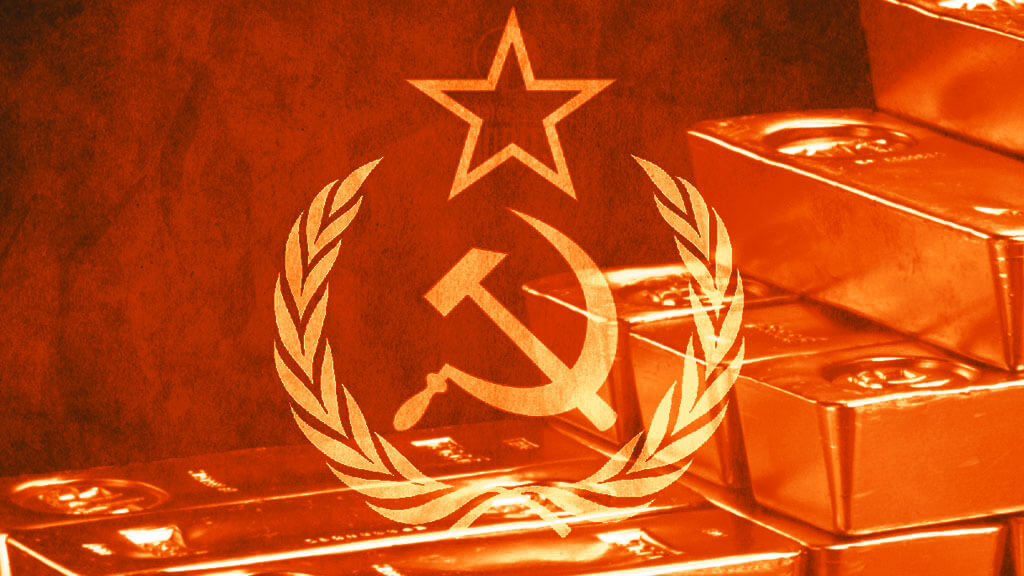 Wall Street and the Bolshevik Revolution

Tracing the foundations of Western funding of the Soviet Union 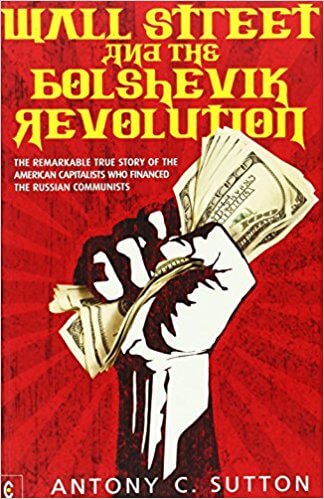 Wall Street and the Bolshevik Revolution
Amazon
From the early 1920s, countless pamphlets and writings, indeed just a handful of books, have looked for a link between “international bankers” and “Bolshevik revolutionaries.” Not often have these endeavors been covered by hard evidence, and never have this kind of efforts been argued within the framework of a scientific methodology. In truth, a few of the “evidence” utilized in these efforts has been deceitful, some has been irrelevant, much simply cannot be checked.

Examination of the topic by academic writers has been studiously avoided; probably because the hypothesis offends the neat dichotomy of capitalists versus Communists (and everyone knows, of course, that these are bitter enemies). Moreover, because a great deal that has been written borders on the absurd, a sound academic reputation could easily be wrecked on the shoals of ridicule. Reason enough to avoid the topic.

Fortunately, the State Department Decimal File, particularly the 861.00 section, contains extensive documentation on the hypothesized link. When the evidence in these official papers is merged with nonofficial evidence from biographies, personal papers, and conventional histories, a truly fascinating story emerges! We find there was a link between some New York international bankers and many revolutionaries, including the Bolsheviks. These banking gentlemen — who are here identified — had a financial stake in, and were rooting for, the success of the Bolshevik Revolution.  Who, why — and for how much — is the story in Antony Sutton’s book Wall Street and the Bolshevik Revolution.

Look at the cartoon by Robert Minor, published in the U.S. in 1911, in St. Louis Post-Dispatch (1911). https://commons.wikimedia.org/wiki/File:Robert-Minor-Dee-Lighted-1911.png

Minor was a talented artist and writer who doubled as a Bolshevik revolutionary, got himself arrested in Russia in 1915 for alleged subversion, and was later bank-rolled by prominent Wall Street financiers. Minor’s cartoon portrays a bearded, beaming Karl Marx standing in Wall Street with Socialism tucked under his arm and accepting the congratulations of financial luminaries J.P. Morgan, Morgan partner George W. Perkins, a smug John D. Rockefeller, John D. Ryan of National City Bank, and Teddy Roosevelt — prominently identified by his famous teeth — in the background. Wall Street is decorated by Red flags. The cheering crowd and the airborne hats suggest that Karl Marx must have been a fairly popular sort of fellow in the New York financial district.

Was Robert Minor dreaming? On the contrary, we shall see that Minor was on firm ground in depicting an enthusiastic alliance of Wall Street and Marxist socialism. The characters in Minor’s cartoon — Karl Marx (symbolizing the future revolutionaries Lenin and Trotsky), J. P. Morgan, John D. Rockefeller — and indeed Robert Minor himself, are also prominent characters in Sutton’s book.

The contradictions suggested by Minor’s cartoon have been brushed under the rug of history because they do not fit the accepted conceptual spectrum of political left and political right. Bolsheviks are at the left end of the political spectrum and Wall Street financiers are at the right end; therefore, we implicitly reason, the two groups have nothing in common and any alliance between the two is absurd.

Factors contrary to this neat conceptual arrangement are usually rejected as bizarre observations or unfortunate errors. Modern history possesses such a built-in duality and certainly if too many uncomfortable facts have been rejected and brushed under the rug, it is an inaccurate history.  On the other hand, it may be observed that both the extreme right and the extreme left of the conventional political spectrum are absolutely collectivist.

Therefore, an alternative conceptual packaging of political ideas and politico-economic systems would be that of ranking the degree of individual freedom versus the degree of centralized political control. Under such an ordering the corporate welfare state and socialism are at the same end of the spectrum. Hence we see that attempts at monopoly control of society can have different labels while owning common features.

Consequently, one barrier to mature understanding of recent history is the notion that all capitalists are the bitter and unswerving enemies of all Marxists and socialists. This erroneous idea originated with Karl Marx and was undoubtedly useful to his purposes. In fact, the idea is nonsense. There has been a continuing, albeit concealed, alliance between international political capitalists and international revolutionary socialists — to their mutual benefit.

This alliance has gone unobserved largely because historians — with a few notable exceptions — have an unconscious Marxian bias and are thus locked into the impossibility of any such alliance existing. The open-minded reader should bear two clues in mind: monopoly capitalists are the bitter enemies of laissez-faire entrepreneurs; and, given the weaknesses of socialist central planning, the totalitarian socialist state is a perfect captive market for monopoly capitalists, if an alliance can be made with the socialist powerbrokers.

Sutton reveals in his book:

Wall Street and the Bolshevik Revolution traces the foundations of Western funding of the Soviet Union. Dispassionately, and with overwhelming documentation, the Mr. Sutton details a crucial phase in the establishment of Communist Russia.