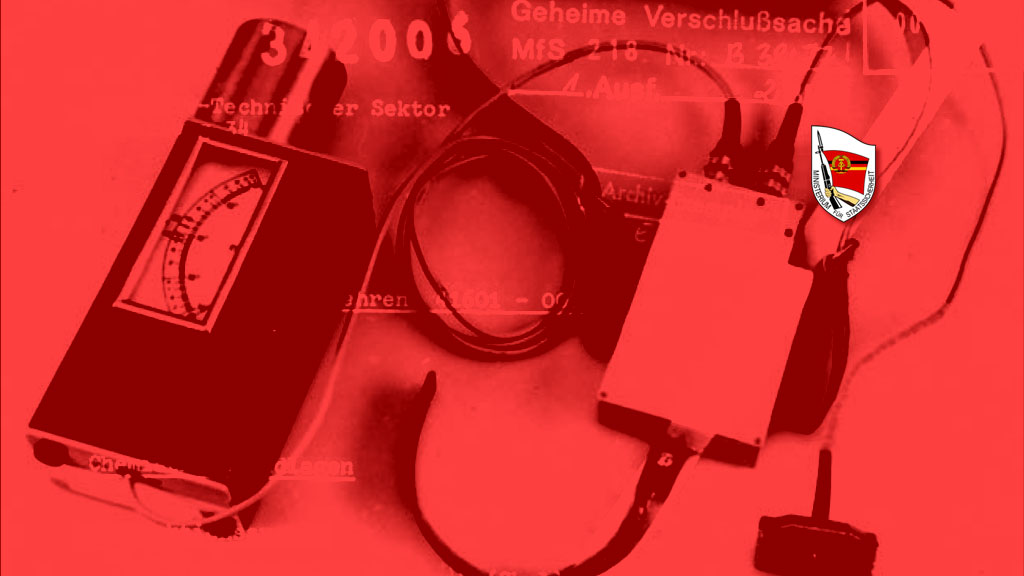 Inside the Stasi’s Spy-Tech World 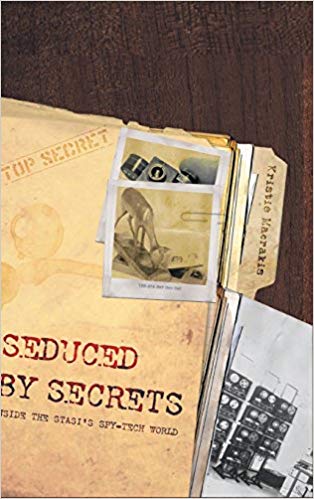 Stasi or the East German Ministry for State Security (MfS/Stasi) and its Secrets. Writing about secrets is not easy. They are hidden and jealously guarded. They have to be patiently excavated like artifacts at an archeological dig.

The book “Seduced by Secrets” takes a radically different approach to the history of the MfS/Stasi by bringing the story into the realm of intelligence history and distancing itself from politically charged commentary. By examining the interplay between secrecy and technology at one of the most effective and feared spy agencies and secret police in the world, we can also do what all spy agencies fear: reveal the Stasi’s secret spy-tech methods and sources.

Despite the little-known fact that almost half of all its agents planted in the West were stealing scientiﬁc and technical secrets and that more than eight thousand staff members at headquarters worked on providing James Bond–like technology to support espionage and security, the Stasi is primarily associated with the omnipresent informer.

The general public already knows that husbands spied on wives and children on parents and that East Germany was probably the most known spied-upon country in world history. What the general public does not know is that technology was at the heart of the KGB’s (Soviet Committee for State Security) and the Stasi’s spying operations against the United States and the West.

Born during the Cold War division of Germany, the Stasi developed in the image of the KGB with a German personality. In the chaos of the occupation period, 1945–49, the KGB staked an outpost in Berlin-Karlshorst and conducted internal and external operations from the Soviet-occupied territory of East German soil. Meanwhile, communist Germans set up ﬂedgling political police and information structures.

It was not until 8 February 1950, when the German Democratic Republic (GDR) became a sovereign state, that the German police structures from the occupation, such as the K-5 criminal police and the administration for the protection of the economy, developed into the Ministry for State Security. A year later, the foreign ministry set up the Foreign Political Intelligence Service, and thirty-year-old Markus Wolf took over the helm in September 1953.

At the beginning, then, foreign intelligence was separate from internal security and the secret police, but both worked closely with Soviet advisors. Two major events in 1953 – a defection to the West from foreign intelligence in April and the worker’s uprising in June – reshaped the German structures, goals, and manpower.

In 1956 foreign intelligence moved to the Ministry for State Security’s compound in Lichtenberg and became a part of Minister Erich Mielke’s empire. Unlike U.S. intelligence, the Stasi combined the roles of the CIA and the FBI/police under one roof.

Whereas other books on intelligence history are sometimes organized around the directorates of a single spy agency, they are usually seen as discrete entities. Further, a similar book on the United States would not include the functions of the FBI because it is separate in geography, organization, and function from the CIA. Because “Seduced by Secrets” is a general book about technology at the Ministry for State Security, it includes both their espionage aspirations to acquire the best Western technology as well as the spy technology they attempted to create themselves.

Frequently these activities were related; sometimes they were not. While seeking magical solutions to the country’s problems by stealing technology. But because foreign intelligence, counterintelligence, and internal security were under one roof, some of the spy technology was primarily used internally for tracking or surveillance.

The book opens in the 1950s with the case of Agent Gorbachev, as he provides a window onto the early years of scientiﬁc-technical espionage before it was professionalized into the Sector for Science and Technology. Although the sector’s history consisted of more bureaucracy than Bond, it was still punctuated by deaths, kidnappings, and defections as its members stole scientiﬁc secrets from the West. Despite massive attempts at maintaining secrecy, a dazzling defector in 1979 and the CIA in 1992 managed to obtain material that helped expose their agent networks.

Americans working for the Stasi

A surprising number of Americans worked for the Stasi in computing and electronic eavesdropping. Their two most important sources were Americans who volunteered while they were stationed in West Berlin. Contrasting biographies of “Paul” and “Kid” – who both ended up in Fort Leavenworth Maximum Security Prison – sketch out the spy lives of two of the most damaging and important Stasi Cold War spies.

THE ART OF BETRAYAL, THE SECRET HISTORY OF MI6

Fans of Fictional portrayals like CSI (Crime Scene Investigation), or mystery novels, will be particularly interested in how the Stasi modiﬁed and applied criminalistic techniques like radioactive spy dust or smell science to their own work.

Computer technology was alluring, but the state had overestimated the power of secrets to propel its computer industry forward. East Germany’s quest to latch onto the computer revolution of the 1980s through espionage and illegal technology transfer failed miserably. The computer had large symbolic value; it had turned into a wonder weapon for the Cold War.

Intelligence officers believed that whoever won the technological battle would win the Cold War. And they were right. Even with their highly perfected espionage system and seasoned embargo smuggling organizations, East Germany forgot one thing: A scientiﬁc establishment based on pirated and cloned technology can never be a leader, especially in such a fast-moving ﬁeld as computer technology.

Delve deeper with Kristie Macrakis’ excellent read; the Stasi’s secret world of technology through biographies of agents, defectors, and officers and by visualizing James Bond–like techniques and gadgets. In this highly original book, Kristie Macrakis adds a new dimension to our understanding of the East German Ministry for State Security by bringing the topic into the realm of espionage history and exiting the political domain …