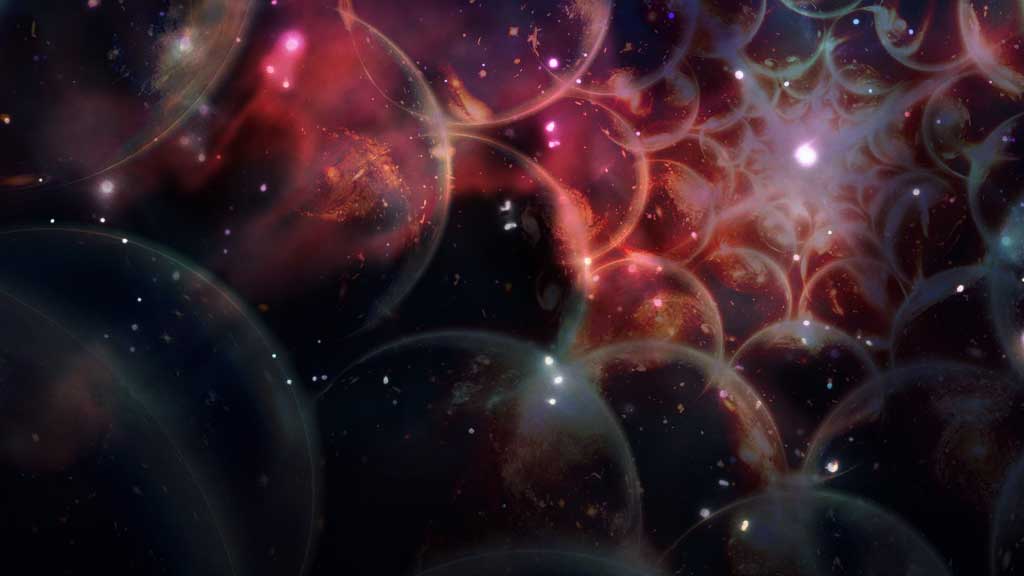 Parallel Universes and the fabric of the cosmos 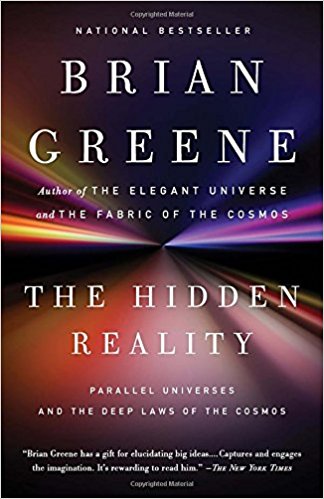 The hidden Reality and Parallel Universes.
Space and time capture the imagination like no other scientific subject. For good reason. They form the arena of reality, the very fabric of the cosmos. Our entire existence-everything we do, think, and experience takes place in some region of space during some interval of time. Yet science is still struggling to understand what space and time actually are. Are they real physical entities or simply useful ideas?

If they’re real, are they fundamental, or do they emerge from more basic constituents? What does it mean for space to be empty? Does time have a beginning? Does it have an arrow, flowing mercilessly from past to future, as common experience would indicate? Can we manipulate space and time?

The bestselling author of ‘The hidden Reality‘ ‘The Elegant Universe‘ and ‘The Fabric of the Cosmos‘ tackles perhaps the most mind-bending question in modern physics and cosmology: Is our universe the only universe? Beyond what we all saw in pictures – stars, galaxies, galaxy groups, etc. there would be a “hidden reality”, invisible to us but also – at least for the moment – to our observation instruments, telescopes, satellites … What is it? How can scientists even talk about it?

There was a time when “universe” meant all there is. Everything. Yet, in recent years discoveries in physics and cosmology have led a number of scientists to conclude that our universe may be one among many.

With crystal-clear prose and inspired use of analogy, Brian Greene shows how a range of different “multiverse” proposals emerging from theories developed to explain the most refined observations of both subatomic particles and the dark depths of space: a multiverse in which you have an infinite number of doppelgängers, each reading this sentence in a distant universe; a multiverse comprising a vast ocean of bubble universes, of which ours is but one; a multiverse that endlessly cycles through time, or one that might be hovering millimeters away yet remains invisible; another in which every possibility allowed by quantum physics is brought to life.

And, perhaps strangest of all, a multiverse made purely of mathematics. No less than nine different physico-mathematical theories, which imply the existence of such a concept, are exposed here. Is this strange theoretical object finished? Is it infinite?

No one knows, but the assumptions vary according to the equations and calculations. And the very representation of this famous “hidden reality” is incredibly diverse. The author, known worldwide for his work on string theory, has a soft spot for universes that would be close to ours, perhaps only a few millimeters, but we remain invisible.

They would indeed hide in “branes”, sorts of “membranes” related to the existence in space of a number of dimensions beyond the three that we are dealing with in our daily lives. But there are many other hypotheses … How can we be sure that our universe is not a kind of hologram, as our recent understanding of black holes might suggest?

Or that billions of billions of “universe bubbles” did not emerge in the Big Bang, our universe being one of a myriad of others? Many of them may have different physical characteristics.

It seems incredible but the equations admit this diversity as a solution! As Brian Greene points out, it is possible that today we are witnessing a new cosmological and … mental revolution. Just as the Earth, once, lost its status as the center of the world, then our Sun, then our galaxy …, our own universe, in turn, could lose its unique and central status to become one among others.

Is Time only an illusion?

A shocking prospect and a very interesting read for those who want to dive into the worlds of Otto Maier!