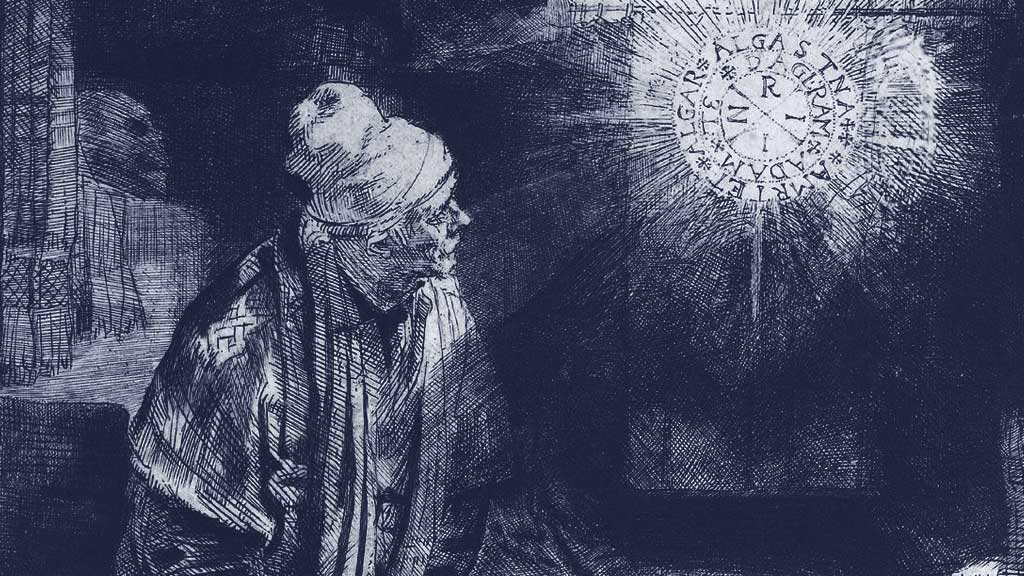 The secret teachings of Goethe 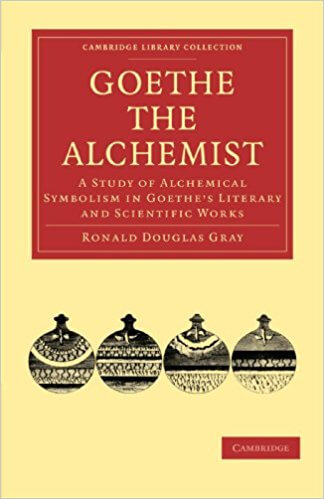 The secret teachings of Goethe. That Johann Wolfgang von Goethe (1749-1832), Germany’s greatest poet, had an interest in the occult and alchemy is clear from Faust. Based on an historical character, the original Faust legend goes back to medieval times and prior to Goethe‘s there were earlier dramatic renditions of the tale, notably Christopher Marlowe’s. Yet it is to Goethe’s Faust (Part I 1808; Part II 1833) that most of us turn when we think of pacts with the Devil, of things Mephistophelean, and of the dangers of a too obsessive pursuit of knowledge and arcane secrets.

The historic Doctor Faust was born in Knittlingen, Wurttemberg, in 1480, and died at the hands of the Devil in Staufen, near Freiburg, in 1539: at least according to the plaque that adorns Staufen’s Lion Inn, the scene of the doctor’s demise. According to Melanchthon – friend of Martin Luther – Faust studied magic and the occult sciences at the University of Cracow, in Poland. The Universities of Salamanca and Toledo gave similar courses of instruction.

In Cracow Faust reportedly scoffed at the miracles of Jesus, and loudly boasted that he could repeat them at any time. Though these remarks scandalized many, it impressed others. But it impressed too. Years later, while lecturing on Homer at the University of Erfurt, Faust allegedly invoked the spirits of Achilles, Ulysses and Hector. As a way to entertain his students. Faust had good reason to boast of being the most accomplished alchemist that ever lived. At least the Abbot Johannes Trithemius thought so.

Nevertheless, a Franciscan monk implored Faust to give up his black arts and to return to the Church. Faust informed the monk that this was impossible. He had already sold his soul to the Devil. And as the Devil had kept his side of the bargain, Faust intended to keep his. There are reports of Faust’s powers of prediction and other wonder working. He was reportedly kept in the employ of Baron Anton von Staufen, and forced to produce artificial gold. Other stories claim that the Devil accompanied him as his familiar in the form of a dog.

The first Faust book appeared in 1587; written in German, it told the story of Faust’s pact with the Devil, and of his bizarre adventures. It was something of a bestseller, and within a few months it appeared in several different pirated editions. By 1588, the story had crossed the English Channel; there it received a more “serious and eloquent” treatment by Christopher Marlowe.

In 1593, soon after Marlowe’s murder, a troop of English actors brought a production of the Tragical History of Doctor Faustus to Germany. Through some metamorphosis, the tragedy became a comedy, and the comedy was then transformed into a puppet show. It was more than likely that the young Goethe discovered Faust via this puppetry.

In the medieval legend Doctor Faustus is a conceited braggart. This gasbag meets his comeuppance through a rash pact with the Devil. But in Goethe’s hands, the too obvious cautionary tale becomes an archetype of western consciousness. He turns it into a powerful symbol of the perils of a one-sided development.

Goethe contributed a new term to describe the growing modern sensibility: Faustian. Meaning an insatiable, hubristic hunger for knowledge at whatever cost, a desire to penetrate into the innermost regions of life, regardless of the consequences. In the Decline of the West (1918), the historian Oswald Spengler divided the course of human history into three periods: the Classical, the Magian and the Faustian. Writing little more than a century ago, Spengler saw the last period as our own. Just as the title of his book suggests.

Goethe’s interest in magic, the occult and hermetic thought began early. Although it went through many changes, it remained with him throughout his life. He begins his autobiography, Dichtung and Warheit (Poetry and Truth) (1811-1812) with an account of the astrological backdrop to his birth:

My horoscope was propitious: the sun stood in the sign of the Virgin, and had culminated for the day; Jupiter and Venus looked on me with a friendly eye, and Mercury not adversely; while Saturn and Mars kept themselves indifferent; the moon alone, just full, exerted the power of her reflection all the more, as she had then reached her planetary hour.’

At the time of von Goethe’s birth in Frankfurt-on-Main, in the not too-distant town of Mannheim, alchemy was still widespread. Despite the fact that experimental science was encroaching on alchemy’s domain for almost a century, it had not yet accomplished its colonization. As late as 1787, the Berlin Academy researched the statements of a Professor at Halle. The man claimed to have transmuted base metals into gold. Even while scientists scoffed at this kind of claims, the fact that they felt compelled to examine them implies that alchemical notions had not yet been entirely ousted from the popular mind.

In Mannheim, at least, alchemy was still a preferred activity. Most of the leading citizens had alchemical laboratories. The popularity was so wide spread that the city authorities required to ban it. Alchemical activities, promised quick riches. Indeed a very good reason why it encouraged so many. However, in the part of Germany where Goethe was born, a much deeper drive was at work.

German Pietism was powerful in Frankfurt, and a lot of the Pietist doctrine had its source in the work of Jacob Boehme. Boehme, was a central figure for 18th century occultists similar to Saint-Martin and William Blake, and his works displayed a sort of Christian mysticism couched in alchemical language.

As Ronald Gray in his book Goethe the Alchemist (1952) suggests, it’s probable that where Pietism was strong, some notion of the spiritual value of alchemy was also present.’ In any case, by the time the teenaged Goethe returned to Frankfurt from his studies in Leipzig, he was drawn into the occult milieu, and had embarked on an intensive study of alchemical writings. He was introduced to alchemical literature by his friend and spiritual mentor, the Pietist Fraulein von Klettenberg …

In his book “Goethe the Alchemist”, mr. Gray sets out to show that Goethe was profoundly influenced throughout his life by the religious and philosophical beliefs he derived from his early study of alchemy. Alchemy can be interpreted in many ways: as the art of gold-making, as a symbolical representation of mystical doctrines, or, as in the writings of C. G. Jung, as a projection of the unconscious mind, concerned with the integration of the personality. As Goethe knew it, it was primarily concerned with mysticism. In his hands, however, it underwent some transformation: the mystical aspect became less important. Because he attempted to provide more logical, more scientific evidence of the symbolical truth of alchemy …