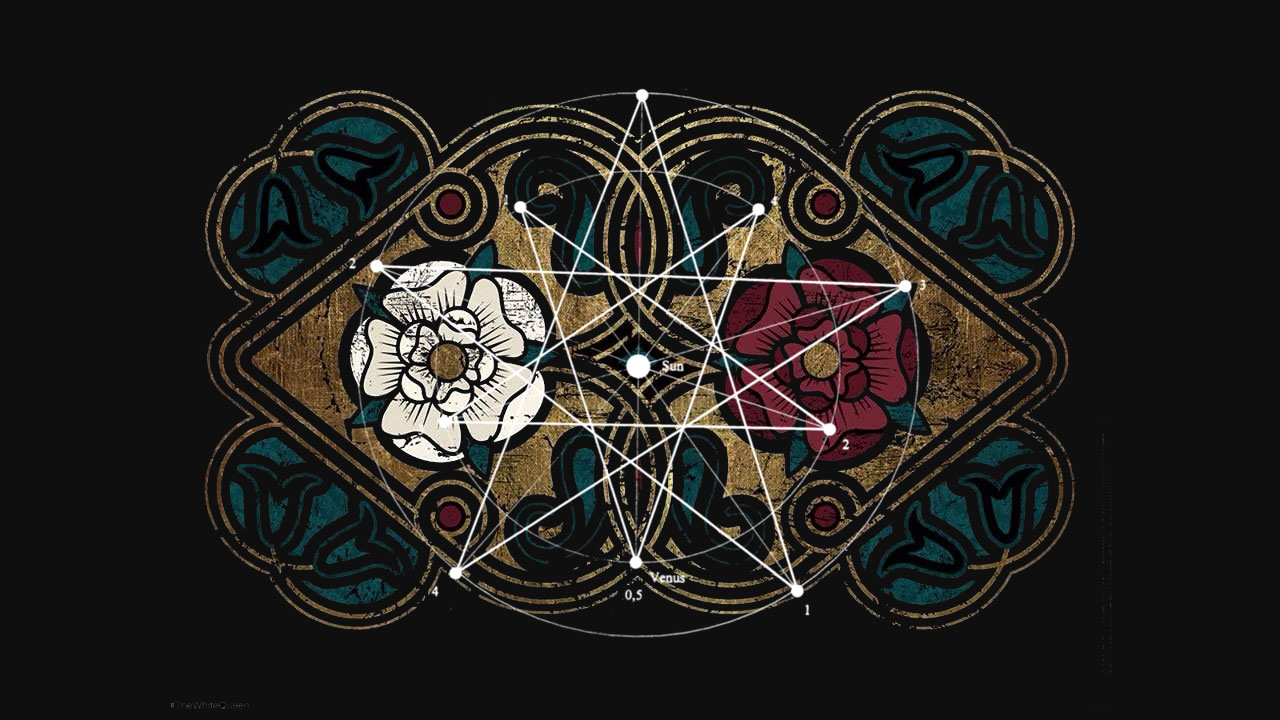 The Grail secret and Wolfram von Eschenbach’s Secret of the Holy Grail. The most significant of all the Grail romances is “Parzival”. The Bavarian knight, Wolfram von Eschenbach composed this master piece between 1195 and 1216. In his version, the Grail is uniquely a stone. And referencing a stone or rock is the key to finding illuminating Biblical passages. Especially of a “rejected stone.”

Von Eschenbach claims he based his version upon privileged information he received from a french scholar named Kyot. Kyot himself received his knowledge from a manuscript he found laying neglected in the corner of a library in Muslim possessed Toledo, Spain. The author of the text was Flegetanis, an astronomer who wrote of the marvels of the Grail.

The first clear point to make about this medieval text is that the astronomer Flegetanis is von Eschenbach’s primary source of the Grail knowledge. All rests upon him for whatever plausibility Wolfram von Eschenbach may have in delivering the Grail secret to the world in carefully encoded symbolism.

Douglas Meyer believes that the secret veiled behind the symbolism is related to an astronomical phenomenon involving the Divine Ratio and mystically connected to the genesis of life on Earth.

For the infidel Flegetanis was able to define for us the recession of each planet and its return, and how long each revolves in its orbit before it stands at its mark again. All human kind are affected by the revolutions of the planets. With his own eyes the heathen Flegetanis saw – and he spoke of it reverentially – hidden secrets in the constellations. He declared there was a thing called the Grail, whose name he had read clearly in the constellations. A host of Angels left it on Earth. (Eschenbach)

The Grail in the constellations

The Pi ratio (3.14) is the ratio of the circumference of a circle to its diameter. The Phi ratio (1.618) is a ratio that is found abundantly in life on earth. The circle represents God and infinity like the serpent eating its tail.

The Phi ratio exists infinitely in the pentagram or five-pointed geometric star. Phi is also called the Divine Ratio. It is a ratio or proportion, which is found everywhere in life forms on Earth. Leonardo da Vinci’s famous drawing “Vitruvian Man” literally embodies this ratio.

If Venus traces a pentagram in the physical heavens above, then the Phi ratio exists in the planetary orbits above, as well as in life forms here on Earth below. This idea seems to perfectly embody the Hermetic principle “As above, so below; as below, so above.”

The fact that this is not a well-known phenomenon, argues that this astronomical knowledge has been suppressed. Might this be the solution of one of the greatest occult mysteries of all time? Indeed, Might this be the hidden secret of the Holy Grail? Whoever might be truly serious about studying this concept would need to acquire a working knowledge of the astronomical sciences.

The meaning of the crown of Lucifer/Venus referenced in the following passages of the Wartburg war. In 1207, Wolfram von Eschenbach was in the court of Hurmann, Landgrave of Thuringia at Wartburg Castle near Eisenach in central Germany. There Wolfram engaged in a competition with another famous poet Heinrich von Waldeck.

Shall I then bring the crown, that was made by 60,000 angels? Who wished to force God out of the Kingdom of Heaven. See! Lucifer, there he is! If there are still master-priests, Then you know well that I am singing the truth. Saint Michael saw God’s anger, plagued by this insolence. He took Lucifer’s crown from his head. In such a way that a stone jumped out of it, Which on earth became Parsifal’s stone. The stone which sprang out of it, he found it, he who has struggled for honor at such high cost.

Concisely, Meyer is convinced that the secret of the Holy Grail is a teaching about Christ. Or about the man Jesus, that was rejected by the builders of the early Christian Church. This makes science and the Truth heretical.

The Grail is a metaphor of both the Phi ratio (1.618) and the indisputable fact that the pentagram star exists in the heavens above like an enormous Signpost of God traced by the orbital conjunctions of Earth and Venus every eight years.

The connection to Venus is the Grail’s connection to goddess worship. The Phi ratio is an essential part of the design of life. Phi exists in the human body.

The pentagram as the proper symbol of the divine ratio became the most loathsome symbol in Christianity. And it remains so till this day. People associate it with Satanism and witchcraft.

The whole “point” of the pentagram with each tip being one tenth of a circle or 36° degrees is that it is the origination point of the divine ratio. The mathematical proportion of the length of any two equal length rays originating from a 36-degree point is in Phi ratio to the distance between the two end-points.

The “Beast of Revelation” associates with the angle of 36° degrees. Because adding the integers from 1 to 36 inclusive yields the number of the Beast or 666, where 666 is an encoded form of the pentagram star.

The values of 1.618 and 36° degrees and 666 are therefore all representations of the Phi ratio. This associates the Grail knowledge with the mythical beast, and this reinforces the interpretation of the Grail secret as possibly the greatest heresy of all time. The Phi ratio is the tip of  Lucifer’s crown. St. Michael lopped it off to fall to earth. Where it became the Holy Grail.

This is the most significant interpretation of Revelation 13:18, “Here is wisdom. Let him who has understanding calculate the number of the beast, for it is the number of a man: His number is 666.” (New King James Version)

Paradoxically, this indicates the rejected knowledge of Christ because teachings of Venus or goddess worship conflicted with the patriarchal teachings of Jehovah. The recently discovered Gnostic gospels show evidence of this conflict of interests. Particularly of Thomas and especially Phillip, in which one reads, “When we became Christians we had both a mother and a father.”

The Grail Secret a Heresy

The underlying reason the Grail is heresy is because the Grail Secret interprets the Phi Ratio or 1.618 as the rock upon which Christianity was originally built. And not as the man Peter (upon which, the Roman Catholic Church claims authority).

Could the location in the scripture be coincidence? If the rock upon which the church was originally built was the Phi ratio, then it has a match. -16:18- This is the ratio of life that exists in our physical bodies and multitudinous life forms on the earth.

It is too significant to be chance that the verse, upon which the Catholic Church claims its authority, encodes the Phi ratio and references a “rock.” Or that Parzival symbolizes the Grail as a stone and uses an astronomer (Flegetanis) as the source of Grail knowledge. It exceeds the possibility of the coincidental placement of this Biblical verse along with the corroboration of other scripture referencing the Morningstar or the planet Venus. In Rev 22:16 Jesus declares that He is “the bright and morning star,” or the divine pentagram of Venus. 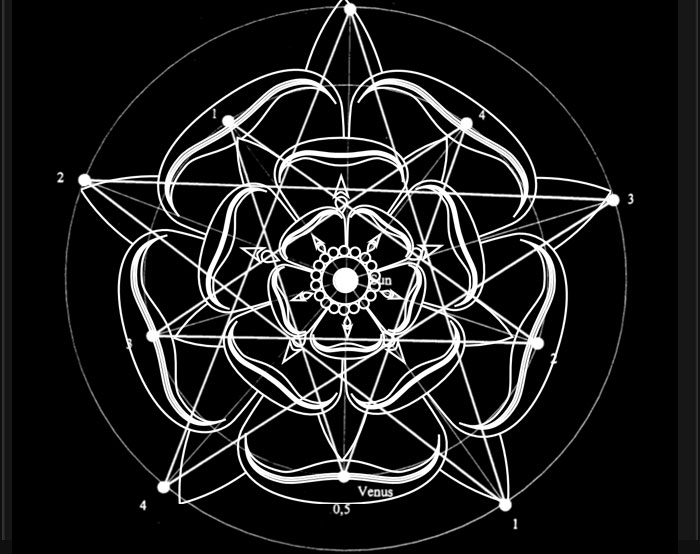