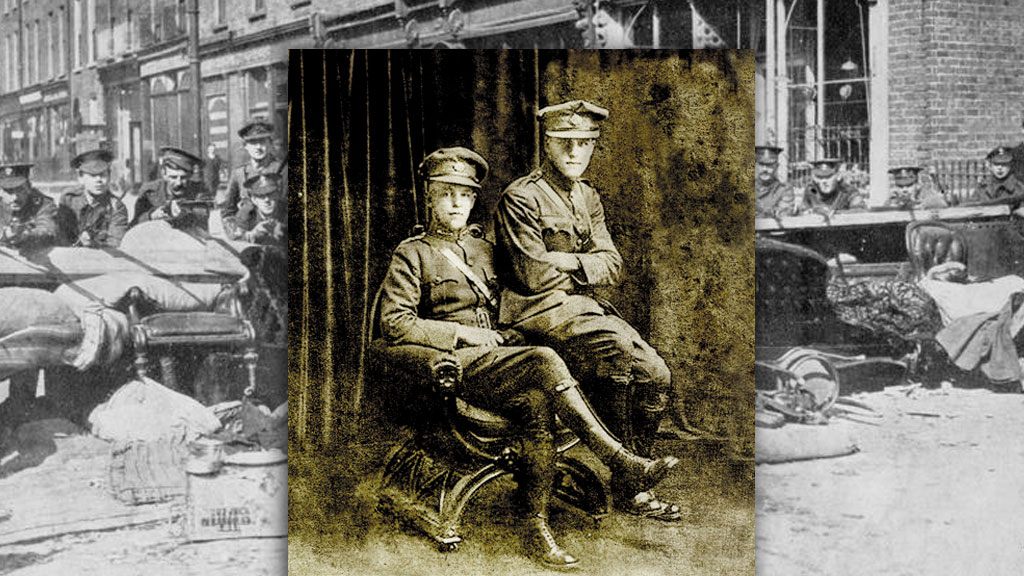 With the Dublin Brigade, Espionage and Assassination

The Irish War of Independence

With the Dublin Brigade tells the story of one man’s role in the Irish War of Independence. First published in 1929, the author, Charles Dalton, was but a young man, only twenty-six years old, when he decided to write about his experiences during the conflict that resulted in Ireland winning independence, although not full independence, from Great Britain.

Dalton was born in January 1903 to James Francis Dalton, a staunch supporter and advocate of Home Rule, and his wife Katherine. He was the third of six children. The family had lived in America for some time, where Charles’ two older brothers Martin and Emmet were born, but then returned to Dublin where the next four children, Charles, Eileen, Brendan and Dermot (Pat) arrived. Their early family life was stable and happy, but as with so many young men and women of that generation, events far out of their control would affect them in ways that they could never imagine.

And so begin the first pages of Dalton’s story. 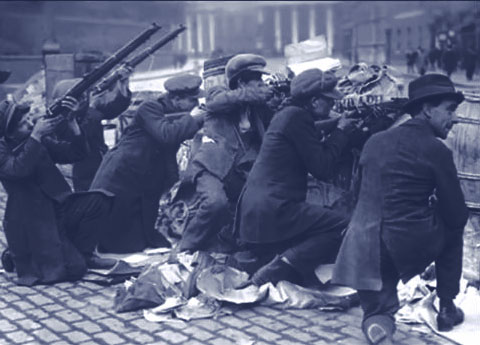 Immediately we are introduced to thirteen-year-old Charles’ description of the event that would have such a profound effect on him – the 1916 Easter Rising. Although his older brother Emmet was fighting for the British Army in the First World War, Charles makes no mention of that conflict, a conflict that had an impact on so many people the world over.

To him the men and women who made a stand during that week in April 1916 were his heroes and in that moment, like so many of his generation at that time, Charles decided that if a future opportunity arose, he, too, would play his part in helping to free Ireland.

The young men and women who had witnessed the aftermath of the Easter Rising were determined that when they would fight again it would be on their terms. Knowing that they were outnumbered both in manpower and weaponry, they used every advantage at their disposal to attack and undermine the crown forces. Countless books have been written by participants of the Rising, the War of Independence and the Civil War, and these accounts give an invaluable insight into that period of our turbulent history. However, With the Dublin Brigade differs somewhat to the other publications, in that it not only describes how the War of Independence was actually fought in Dublin, but, more importantly, it also describes the methods used by the Republicans in the intelligence war against the crown forces.

The Volunteers, or Irish Republican Army (IRA) as they were to become known from 1919, fought their war on three levels

This three-pronged assault was to be very effective, and the IRA intelligence units around the country, but especially in Dublin and Cork, were vital to this new type of warfare. The authorities never expected to be attacked through their own intelligence system – a system which had been used again and again to great effect against previous attempts by the Irish to obtain their freedom.

And this is where Charles Dalton’s story is unique. Not only was it written just eight years after hostilities between Great Britain and Ireland ceased but, more importantly, it is a first-hand account of how the intelligence war was fought by young men and women who, although putting themselves in great danger, carried on regardless in order to free their country. The very nature of their work required the utmost secrecy but, through Charles’ story, we catch a glimpse of what it was like to participate in such activities.

His story reads like a film script, the memories of such momentous events in his life still fresh in his mind. And in those first few chapters we see him grow up very quickly.

In December 1917, aged just fourteen, Charles officially became a member of the Volunteers, joining F Company, 2nd Battalion, Dublin Brigade. His description of his first ‘official job’ is full of excitement, even though he was only helping in the cleaning and removal of pigs’ carcasses to be cured by local factories. He wrote, ‘Dramatic accounts of this incident appeared in the newspapers. It gave me a feeling of elation to receive this public recognition of what was my first job.’

His descriptions of events are at times funny, for example dressing in his father’s clothes to make himself look older. We see his rise through the ranks of the IRA, firstly assisting the Squad and then as a member of Michael Collins’ Intelligence Unit, and we are soon introduced to those men who would become some of his closest friends. Through Dalton we hear their stories too. All of them he held in the highest regard and when telling of those who did not survive the conflict he does not shy away from expressing how their deaths affected him, especially that of Dick McKee, OC Dublin Brigade, in the aftermath of Bloody Sunday, 1920.

Surprisingly, Dalton goes into great detail about the build-up to the events of Bloody Sunday. As an active participant in the shootings he gives a first-hand account of the events, not only of the shootings themselves, but of how it felt to actually carry out the shooting of the British agents, not in battle, but in their residences.

He writes: ‘I was wrought up, thinking of what we had to do the next morning, and I could feel the other men were the same … Outwardly we were calm and collected, even jesting with each other. But inwardly I felt that the others were as I was – palpitating with anxiety.’ Of the aftermath he wrote:

As the story progresses we see the effect the war had on its participants: ‘We slept lightly, waking often with a start to hear a lorry pulling up outside … Even in our slumbers, the sense of danger was always near us.’

One very important point to remember is that this book was written long before any attempts were made to record the stories of those involved in the revolutionary movement. Thankfully, through the work of Ernie O’Malley and later the Bureau of Military History, these stories were recorded, but they were not in the public domain until recently.

With the release of the BMH Witness Statements online and the recent publication of some of the O’Malley notebooks we are finally getting to see the real people behind the events, those men and women who gave so much for the freedom of this country.

Charles Dalton himself made a witness statement for the Bureau in 1950, twenty-one years after With the Dublin Brigade was published. His statement differs slightly in detail to the book, for example a name here and there. One possibility for these differences is that he was protecting the real identity of those who helped or gave information – after all the book was written only nine years after the events on Bloody Sunday. Where it differs most is in the use of language.

This new edition of With the Dublin Brigade is a vital publication and a welcome addition to the many personal recollections published over the years. Through this book and indeed any of the other accounts, be they books, diaries or letters written by those men and women who were involved, and now through their witness statements, we can at last gain an insight, no matter how small, into what their experiences were, what their hopes were and what motivated them to do what they felt they had to do, turning ordinary people into extraordinary men and women.

And whether we agree or disagree with them, at least we should now begin to see them as real people.

The Irish struggle of 1916–1921 was not and is not yet understood by those who did not take part in it or sympathize with it. The episodes described in this book are of novel and dramatic interest, and the story told may serve to throw light on the nature of the struggle, and on the startling changes which marked its end.

This book is worth the time to read! -> https://amzn.to/2QrSQVc