The importance of mythology 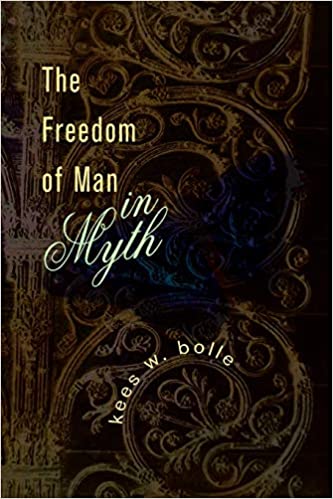 Why should we bother to work with gods and goddesses in the first place? Almost every religion includes some form of mythology, from the earliest and most primitive practices to the more modern and “scientific” variants, which tend to disguise their myths as symbology or history. It is obvious that these god figures and their stories, whatever one chooses to call them, are important and meaningful to humanity, a vital and intrinsic part of our spiritual lives. Myths also usually prove to be one of the most provocative and revealing aspects of the inner life of a people.

Our present-day interest in mythology is a relatively recent phenomenon. Once a particular mythology and the religion it is a part of lose power and credibility, there is a tendency to try to push those myths into a background far from us, suitable only for indigenous peoples.

We endeavor to objectify myths and provide logical and scientific explanations for them. In the nineteenth century, with the upsurge in nationalism among the various European nations, renewed interest in mythology was sparked as part of national culture. There was also a tendency in that scientific age to equate all the mythological figures with natural phenomena, reducing each tale to a primitive attempt to explain the workings of the universe.

In the twentieth century the new science of psychology brought myths renewed respect, and they came to be viewed as symbols and archetypes of the great human unconscious and of the workings of the human psyche. The study of comparative religion also sparked renewed interest in mythology.

Still, we so called moderns are hesitant to hint at anything that smacks of the “spiritual” in our society, and we continue to use scientific terms and explanations to skirt the issue of the importance of myth in humanity’s spiritual life. We call the divine tales of primitive people “myths,” while we call our own modern myths “theology.”

Myths often deal with paradox. They attempt to resolve contradiction and dilemma by blurring polarities and breaking through extreme oppositions. Rather than presenting absolute truths, myths try to identify mediating forces to resolve conflict.

Myths do not relate rational, scientific, idea-oriented knowledge but instead offer experiential knowledge: sensual, ethical, and emotional. Their meaning is accessed by intuition, rather than by linear reasoning. Mythology accepts and preserves the unknown and the unquantifiable, the outer reaches of the universe, that which can’t be examined and mathematically analyzed. Myths are not meant to represent factual, rational truth; they are not meant to be taken literally. They are a conscious deception conceived to impart a different kind of truth.

Myths embody a culture’s deepest truths, those that give purpose, direction, and meaning to life. They confirm a people’s belief in reality, truth, and the significance of life, the knowledge that something real and meaningful does indeed exist in this universe. Myth is a refusal to accept that our mundane world is all there is, an acknowledgment that the physical world is not quite enough … to be continued