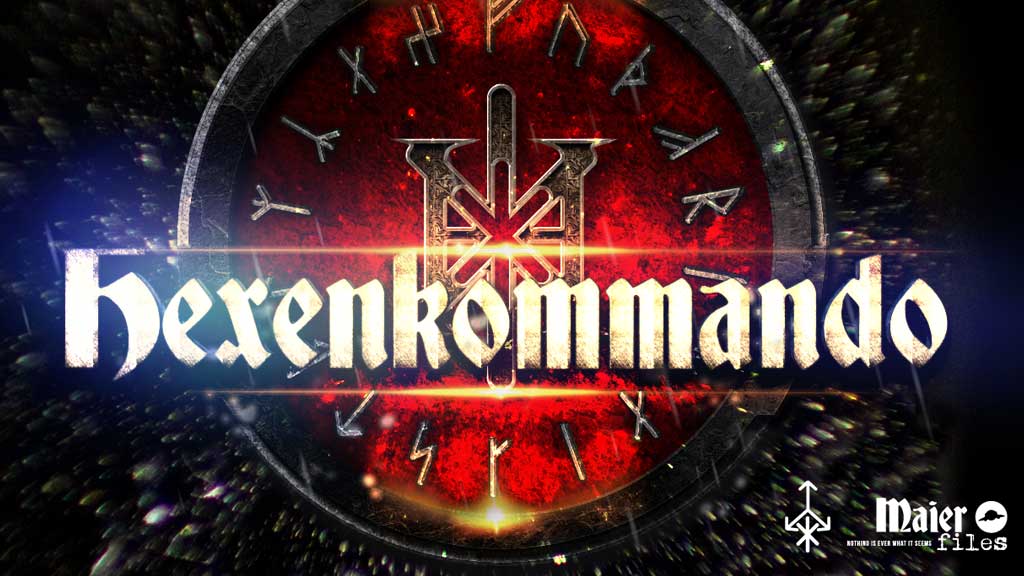 Walpurgisnacht and the German Witches or Hexen.

It’s almost Walpurgisnacht, no better moment to have a closer look at our witches or Hexen. Where did this cruel hatred against women and the ancient pre-christian sanctuaries start?

When Pope Innocent VIII (1484–92) professed his belief in witchcraft, he condemned it, and dispatched inquisitors to Germany to try its supposed practitioners and punish them unimpeded. Singling out Mainz, Cologne, Trier, Salzburg, and Bremen, the papal bull declared that

“some parts of Northern Germany” were infested with “many persons of both sexes” who had abandoned themselves to devils, incubi and succubi, and by their incantations, spells, conjurations, and other accursed charms and crafts, enormities and horrid offences, have slain infants yet in the mother’s womb, as also the offspring of cattle, have blasted the produce of the earth, the grapes of the vine, the fruits of the trees, nay, men and women, beasts of burthen, herd-beasts, as well as animals of other kinds, vineyards, orchards, meadows, pasture-land, corn, wheat, and all other cereals.

These wretches furthermore afflict and torment men and women, beasts of burthen, herd-beasts, as well as animals of other kinds, with terrible and piteous pains and sore diseases, both internal and external; they hinder men from performing the sexual act and women from conceiving, whence husbands cannot know their wives nor wives receive their husbands;

over and above this, they blasphemously renounce that Faith which is theirs by the Sacrament of Baptism, and at the instigation of the Enemy of Mankind they do not shrink from committing and perpetrating the foulest abominations and filthiest excesses to the deadly peril of their own souls, whereby they outrage the Divine Majesty and are a cause of scandal and danger to very many.

This bull (and the notion that witchcraft and other satanic activity took place at mountain tops or hills) then gained further dissemination with the publication of the notorious witch-hunter’s manual Malleus maleficarum (hammer of witchcraft) by the Cologne-based Dominican inquisitors Jakob Sprenger and Heinrich Krämer—a volume that went through some twenty-eight editions between 1486 and 1600 and eventually became accepted as the central authority on witches and witch hunts despite the proliferation of spin-off treatises.

Among the many enduring devastating legacies of the Malleus was that it stabilized the stereotype of witches as specifically female.  Here, for the first time in European history, criminal heresy becomes specifically gendered. And gender, in turn, becomes a symptom of social distinction, easily invoked by anyone with a complaint against an individual of that gender.

A specious habit of antiheretical religious piety becomes the legitimizer of sexism and a start of a witch-craze.

The Malleus knows for sure that witches and those possessed by devils had to fly to their destinations. Its several case studies involving witches in elevated locations evidently combined with the lore concerning the witches’ Sabbath atop mountains fixed this image firmly in the mind of the witch-obsessed populace.

In the visual arts the image of a witch flying on a broomstick or stang, encountered in manuscripts as early as 1410, became common after 1489, and over the course of the next century the witches’ Sabbath atop virtually any elevated location became a major theme in the visual and literary arts.

Walpurgisnacht and the German Witches or Hexen

The Brocken mountain top, unapproachable to mere mortals, naturally assumed a prominent position among these summits, so that by 1620 the Nuremberg painter and draftsman Michael Herr (1591–1661) was able to produce his well-known copperplate of a witches’ Sabbath in full swing atop that particular summit. Probably in consequence of this fascination with the idea of a demonic Sabbath on high, the witch trials soon began to include allegations and confessions to that effect, including references to the Brocken.

One particularly notorious incident that indicates the extent of the granite mass’s notoriety was a trial held in Osnabrück in 1589.  In that trial, 133 women were accused of having participated in a witches’ Sabbath on the Brocken that was attended by no fewer than 8,000 witches. On that night they said that more than five cartloads of wine were consumed.

All 133 were to be burned at the stake in a single day, except for four young witches. Reportedly the prettiest four. The devil lifted these girls up into the air and carried them away. That day 129 women were burned alive.

Next we’ll bring a special post on the history, background of Walpurgis and the famous Brocken mountain top. Ladies, prepare already your broomstick.
Read the next post on Walpurgisnacht.