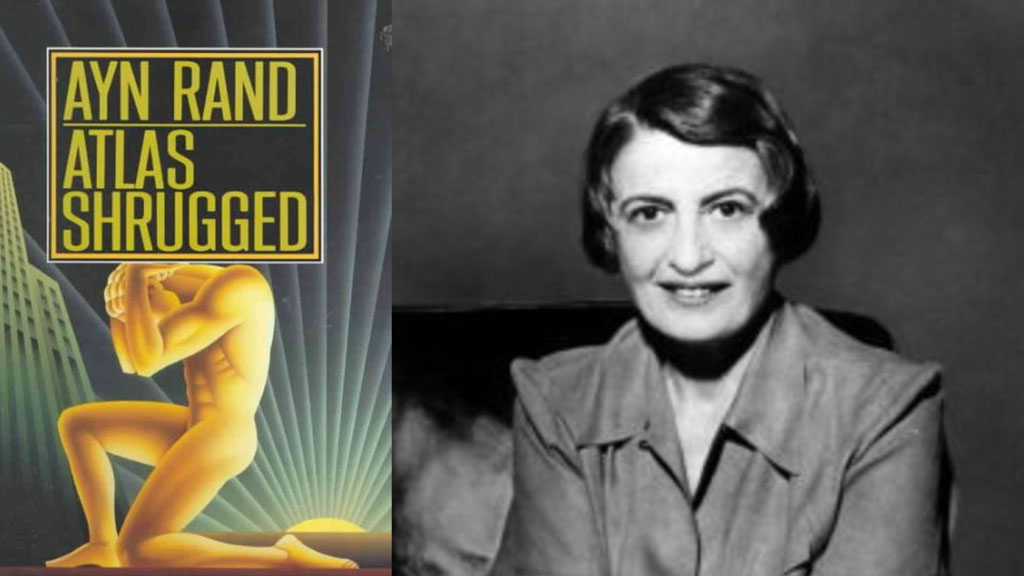 Good? — by what standard? by Ayn Rand

“Through centuries of scourges and disasters, brought about by your code of morality, you have cried that your code had been broken, that the scourges were punishment for breaking it, that men were too weak and too selfish to spill all the blood it required.

You damned man, you damned existence, you damned this earth, but never dared to question your code. … You went on crying that your code was noble, but human nature was not good enough to practice it. And no one rose to ask the question: Good?—by what standard?

You wanted to know John Galt’s identity. I am the man who has asked that question. “Yes, this is an age of moral crisis. … Your moral code has reached its climax, the blind alley at the end of its course. And if you wish to go on living , what you now need is not to return to morality … but to discover it.”

Galt is a character in Ayn Rand’s novel Atlas Shrugged (1957). Although he is not identified by name until the last third of the novel, he is the object of its often-repeated question “Who is John Galt?” and of the quest to discover the answer. Also, in the later part it becomes clear that Galt had been present in the book’s plot all along, playing several important roles though not identified by name.

As the plot unfolds, Galt is acknowledged to be a philosopher and inventor; he believes in the power and glory of the human mind, and the rights of individuals to use their minds solely for themselves. He serves as a highly individualistic counterpoint to the collectivist social and economic structure depicted in the novel, in which society is based on oppressive bureaucratic functionaries and a culture that embraces mediocrity in the name of egalitarianism, which the novel posits is the end result of collectivist philosophy.

is set in a dystopian United States at an unspecified time, in which the country has a “National Legislature” instead of Congress and a “Head of State” instead of a President. The government has increasingly extended its control over businesses with increasingly stringent regulations. The United States also appears to be approaching an economic collapse, with widespread shortages, constant business failures, and severely decreased productivity.

Writer Edward Younkins said, “The story may be simultaneously described as anachronistic and timeless. The pattern of industrial organization appears to be that of the late 1800s—the mood seems to be close to that of the depression-era 1930s. Both the social customs and the level of technology remind one of the 1950s”.

Many early 20th-century technologies are available, and the steel and railroad industries are especially significant; jet planes are described as a relatively new technology, and television is significantly less influential than radio.

Clearly the Cold War is not going on any more, though there is no reference to how it ended and who emerged as the victor; there is in fact no reference of any kind to the Soviet Union or Russia, nor to World War II.

Other countries are mentioned in passing. Most countries of the world are implied to be organized along vaguely Marxist lines, with references to “People’s States” in Europe, South America and India, which are economically supported and sustained by the United States.

On the other hand, the United States itself does not call itself “A People’s State” and remains at least verbally committed to free enterprise – though making life increasingly difficult for entrepreneurs. The visiting British Socialist who makes a brief appearance in the book calls the United States “The only country on Earth backward enough to permit private ownership of railroads“.

All along the book there is the ongoing distinction between the “true” entrepreneurs, who seek to make profits purely by their own innovative efforts, and the false ones who benefit from government patronage and are counted among the “looters” – for example, the difference between Hank Rearden and his rival steel producer Orren Boyle. The economy of the book’s present is contrasted with the capitalism of 19th century America, recalled as a lost Golden Age.

Ayn Rand and The Virtue of Selfishness

It is the task of ethics to answer such questions.

The ethics of altruism

The ethics of altruism has created the image of the brute, as its answer, in order to make men accept two inhuman tenets:

(a) that any concern with one ’s own interests is evil, regardless of what these interests might be, and (b ) that the brute’s activities are in fact to one’s own interest (which altruism enjoins man to renounce for the sake of his neighbors).

For a view of the nature of altruism, its consequences and the enormity of the moral corruption it perpetrates, I shall refer you to Atlas Shrugged—or to any of today’s newspaper headlines. What concerns us here is altruism’s default in the field of ethical theory.

There are two moral questions which altruism lumps together into one “package-deal”: (1) What are values? (2) Who should be the beneficiary of values ? Altruism substitutes the second for the first; it evades the task of defining a code of moral values, thus leaving man, in fact, without moral guidance.

Benefit of others is good

Hence the appalling immorality, the chronic injustice, the grotesque double standards, the insoluble conflicts and contradictions that have characterized human relationships and human societies throughout history, under all the variants of the altruist ethics.

Observe the indecency of what passes for moral judgments today.  An industrialist who produces a fortune, and a gangster who robs a bank are regarded as equally immoral, since they both sought wealth for their own “selfish” benefit. A young man who gives up his career in order to support his parents and never rises beyond the rank of grocery clerk is regarded as morally superior to the young man who endures an excruciating struggle and achieves his personal ambition.

A dictator is regarded as moral, since the unspeakable atrocities he committed were intended to benefit “the people,” not himself. Observe what this beneficiary-criterion of morality does to a man’s life. The first thing he learns is that morality is his enemy; he has nothing to gain from it, he can only lose; self-inflicted loss, self-inflicted pain and the gray, debilitating pall of an incomprehensible duty is all that he can expect.

He may hope that others might occasionally sacrifice themselves for his benefit, as he grudgingly sacrifices himself for theirs, but he knows that the relationship will bring mutual resentment, not pleasure—and that, morally, their pursuit of values will be like an exchange of unwanted, unchosen Christmas presents, which neither is morally permitted to buy for himself.

Apart from such times as he manages to perform some act of self-sacrifice, he possesses no moral significance: morality takes no cognizance of him and has nothing to say to him for guidance in the crucial issues of his life; it is only his own personal, private, “selfish” life and, as such, it is regarded either as evil or, at best, amoral.

Since nature does not provide man with an automatic form of survival, since he has to support his life by his own effort, the doctrine that concern wit h one’s own interests is evil means that man’s desire to live is evil—that ma n’s life, as such, is evil.

No doctrine could be more evil than that. Yet that is the meaning of altruism, implicit in such examples as the equation of an industrialist with a robber. There is a fundamental moral difference between a man who sees his self-interest in production and a man who sees it in robbery.

by Ayn Rand (The virtue of Selfishness)