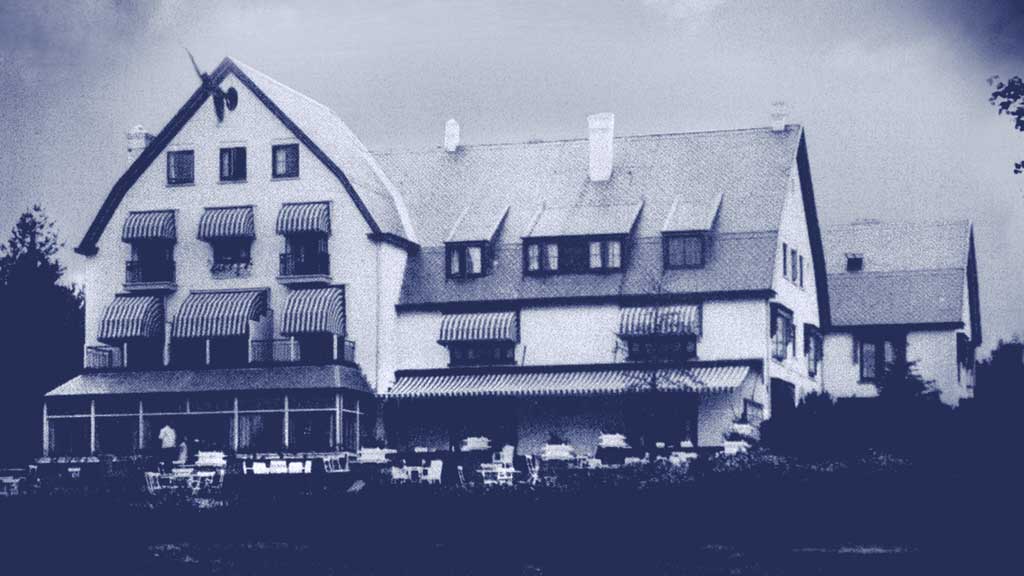 The True Story of the Bilderberg Group 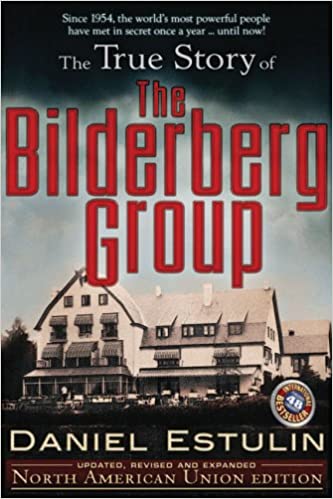 The True Story of the Bilderberg Group
Available at Amazon

In 1954, the most powerful men in the world met for the first time under the auspices of the Dutch royal crown and the Rockefeller family at the luxurious Hotel Bilderberg in the small Dutch town of Oosterbeek. For an entire weekend, they debated the future of the world.

When it was over, they decided to meet once every year to exchange ideas and analyze international affairs. They named themselves the Bilderberg Group. Since then, they have gathered yearly in a luxurious hotel somewhere in the world to try to decide the future of humanity.

Among the select members of this club are Bill Clinton, Paul Wolfowitz, Henry Kissinger, David Rockefeller, Zbigniew Brzezinski, Tony Blair and many other heads of government, businessmen, politicians, bankers and journalists from all over the world.

Nevertheless, in the more than fifty years of their meetings, the press has never been allowed to attend, no statements have ever been released on the attendees’ conclusions, nor has any agenda for a Bilderberg meeting been made public. Leaders of the Bilderberg Group argue that this discretion is necessary to allow participants in the debates to speak freely without being on the record, or reported publicly. Otherwise, Bilderbergers claim, they would be forced to speak in the language of a press release. No doubt, this discretion allows the Bilderberg Group to deliberate more freely. But that does not respond to the fundamental question: What do the world’s most powerful people talk about in these meetings?

Any modern democratic system protects the right to privacy, but doesn’t the public have a right to know what their political leaders are talking about when they meet the wealthiest business leaders of their respective countries? What guarantees do citizens have that the Bilderberg Group isn’t merely a center for influence trafficking and lobbying if they aren’t allowed to know what their representatives talk about at the Group’s secret gatherings?

Why are the Davos World Economic Forums and G8 meetings discussed in every newspaper, given front-page coverage, with thousands of journalists in attendance, while no one covers Bilderberg Group meetings? This blackout exists despite the fact that (or because?) they are annually attended by Presidents of the International Monetary Fund, the World Bank, and Federal Reserve; by chairmen of 100 of the most powerful corporations in the world such as Daimler Chrysler, Coca Cola, British Petroleum (BP), Chase Manhattan Bank, American Express, Goldman Sachs, and Microsoft; by Vice Presidents of the United States, Directors of the CIA and the FBI, Secretaries General of NATO, American Senators and members of Congress, European Prime Ministers, and leaders of opposition parties; and by top editors and CEOs of the leading newspapers in the world.

It is certainly curious that no mainstream media outlet considers a gathering of such figures, whose wealth far exceeds the combined wealth of all United States citizens, to be newsworthy, when a trip by any one of them on their own makes headline news on TV.

Fifteen years ago it set Daniel Estulin on an investigative journey that has become his life’s work. Slowly, one by one, he has penetrated the layers of secrecy surrounding the Bilderberg Group, but he could not have done this without the help of “conscientious objectors” from inside, as well as outside, the Group’s membership.

Before we enter the realm of this exclusive club, it is important to recognize that neither people nor organizations are absolutely “evil,” just as no one is absolutely “good.” There are powerful people in the world guided by higher ideals, principles and beliefs than those of the manipulative secret club and its spin-offs that are described in this book.

The efforts of the original members to better our world were based on a “father-knows-best” autocracy similar to the Roman Catholic Church’s paternalistic form of Christianity. Their intent was noble, at first.

Unfortunately, it seems that the Bilderberg Group has grown beyond its idealistic beginnings to become a shadow world government, which decides in total secrecy at annual meetings how their plans are to be carried out. They threaten to take away our right to direct our own destinies. And this is becoming easier, because the development of telecommunication technology, merged with profound instant impact of the Internet and new methods of behavior engineering to manipulate individual conduct, may convert what, at other epochs of history, were only evil intentions — into a disturbing reality.

Each new measure, viewed on its own, may seem only a slight aberration, but a whole host of changes, as part of an ongoing continuum, constitutes a shift towards total enslavement. This is why it is time to look behind the scenes. We are at a crossroads. And the roads we take from here will determine the very future of humanity. We have to wake up to the true objectives and actions of the Bilderberg Group and its parallel kin if we hope to retain the freedoms fought for by our grandfathers in World War II.

It is not up to God to bring us back from the “New Dark Age” planned for us. It is up to us! Whether we emerge from this century as an electronic global police state or as free human beings depends on the actions we take now. We will never find the right answers if we don’t know the deep context.

Retinger the “Father” of Bilderberg